There’s a good deal of commotion over Michiko Kaukutani’s review of Jonathan Franzen’s The Discomfort Zone. Has Michiko gone too far? Having read most of the contents of this disgraceful essay collection, I don’t think so at all. Where Franzen’s previous essay collection, How to Be Alone, presented Franzen’s interests in a thoughtful and benign (if whiny) tone (the postal system, an almost nostalgic concern for mechanics, etc.), The Discomfort Zone presents Franzen as a middle-aged enfant terrible, a spineless yuppie who hasn’t grown up and who clings to narcissistic self-absorption as if it were oxygen. 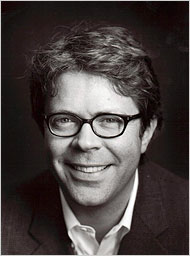 Reading this collection and having this misfortune to experience some of these essays for the second time (many of these were published in The New Yorker; the Peanuts one is by far the worst), I felt the need to beat Franzen repeatedly with a thick newspaper or at least rob the bastard of his riches. This collection is the best he can do? Five years of putzing around with the coffers filled and what does Franzen give us? Not a novel, but a medley of hyper-neurotic essays that are embarassing as hell to read.

Does the world need another book from an upper middle-class Caucasian whiner? I think not. Particularly when his main beefs are being asked to give to the Katrina refugees. David Remnick, for whatever reason, has been responsible for bankrolling Jonathan Franzen’s writing as therapy. I’m thinking that Remnick is doing this because he’s hoping for more essays of the How to Be Alone variety. But what nobody expected was Franzen transforming into a smug upper-class twit, not unlike those bowler-hatted morons in the famous Monty Python skit. The fact that Frazen is, for the most part, humorless and fond of framing uninteresting generalizations in ponderous language makes The Discomfort Zone one of the worst books of the year. To wit, here’s a small sample from the aforementioned Peanuts essay:

To the countercultural mind, a begoggled beagle piloting a doghouse and getting shot down by the Red Baron was akin to Yossarian paddling a dinghy to Sweden. The strip’s square panels were the only square thing about it. Wouldn’t the country be better off listening to Linus Van Pelt than Robert McNamara? This was the era of flower children, not flower adults. But the strip appealed to older Americans as well. It was unfailingly inoffensive (Snoopy never lifted a leg) and was set in a safe, attractive suburb where the kids, except for Pigpen, whose image Ron McKernan of the Grateful Dead pointedly embraced, were clean and well spoken and conservatively dressed.

Observe the uncontained (and unpursued) comparison to Catch-22 here. Or the sad effort to spin “square” into a second standard definition. Or Franzen’s desperate obsession with dichotomies (establishment or hippie) and inability to plunge further into the subject? Or the wordy clause extended to Pigpen. Or the prim modifiers conjoined in the final sentence.

Even casting aside Franzen’s shameless solipsism, this is bad and needlessly wordy writing. And a legion of editors needs to be strung up for allowing this copy to escape unfixed to the printed page.

Of course, if you like keeping company with smug twits, then Franzen’s your man. Franzen has become a highbrow Chuck Klosterman. He’s that insufferable prick right before you at the salad bar, who feels the need not only to complain about the offerings, but who holds up the line.

For those fond of taking in the great oxygen of life and avoiding those who believe the entire world is about them, Jonathan Lethem’s The Disappointment Artist (another slim collection of New Yorker pesonal essays) is a far more compelling and thoughtful alternative.