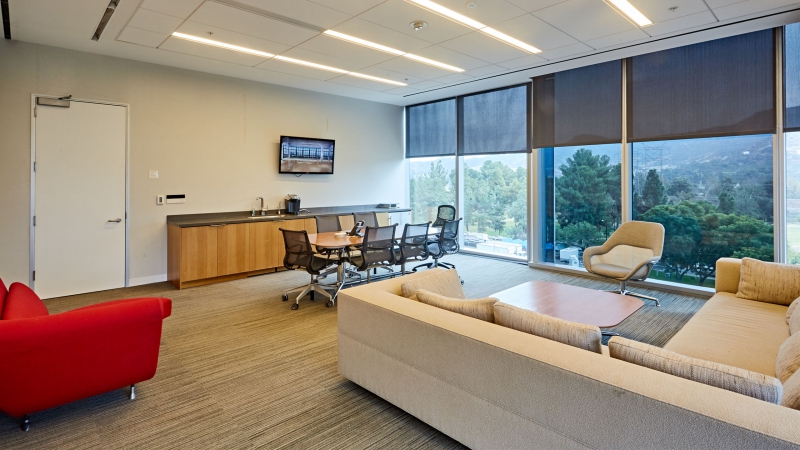 In the fourteenth installment of this deranged satirical NaNoWriMo experiment, a “journalist” on the decline has learned of Ali Breslin’s success and hopes to atone for his own mediocrity with a big scoop.

Herbert Budruck was sitting in the green room. He was too joyless to reach for the complimentary party mix placed at the center of the glass table for guests.

He despised himself. Despised the way that he had fallen so hard in the last five years. He hadn’t once broken a significant news story, although he had come close. But the other journalists were always quicker and scooped him in the same way that guys at the bodega effortlessly slipped in front of him as he vacillated for fifteen minutes over what kind of hero sandwich he wanted. This was largely because he didn’t have the time or the discipline or the work ethic to do the legwork. But mostly because he was absolutely terrible at his job.

He despised the way that his DC editor — a decent man who didn’t want to fire anyone, but who knew he had a problem with Herbert Budruck, who hadn’t so much reported anything as he had typed random sentences into a CMS at the bump-charged pace of seventeen posts each day, but who also knew that Budruck had a family to support and probably wouldn’t land another job because of his hopeless mediocrity — never let him have a single byline anymore and usually saddled him as second banana (often with a woman as the lead writer) on the increasingly incoherent and fact-challenged articles he regurgitated out of his feeble soul with careless cuckolded ineptitude. He particularly despised that personality he had cyberstalked for seven years, that fuckhead who had won nearly a million followers on TikTok. How had that happened? He put in eighteen hours each day on social media, hadn’t he? More time than he actually spent writing — that is, if his desperate grinding and woeful grammatical disasters could be called writing — or even learning how to call multiple sources and secure an airtight fact in the way that seasoned journalists had facilely mastered. He’d put in the work, responded to everyone, including the lowlifes with 48 followers. But somehow he couldn’t land the influence that this far more talented son of a bitch had garnered without apparent effort.

Not even his old friend Mike Harvest, who had long abdicated his duties at a book critic to publish more never-selling books that were merely collection of old tweets, famous quotes, and Vine transcripts, was taking his calls anymore. Although David Leich did. And it was Leich, after screaming over the phone for twenty minutes about some mouse he had killed in his apartment, who had taken the time to listen and who had called an old producer contact. Leich and Budruck had gone way back. All the way back to the big Myrtle Beach story five years before that should have been his, but that had been plucked into a hot journalism bestseller from the horribly pleasant Ali Breslin (some mere puffed up blogger!). Well, he was in the green room now! And he would tell the real truth!

Deep down, Herbert Budruck knew he was a hack. He had been at the content farm racket far too long. He wasn’t very good at it. But what else was he going to fucking do? Journos at other outlets had spoken about him in private group chats on journalism servers with increasing pity, but he was more of a footnote, a cautionary tale of a sad sack that any of them could turn into:

So Herbert Budruck was tolerated.

Herbert Budruck cosplayed as a “nice” person. He boasted about how he would never name this hopelessly cheerful and witty TikTok personality (his name was Teddy Winner) who he had spent so much time harassing, the happy-go-lucky figure who was still killing it without succumbing to the national trend of unfettered free speech, profanity-spouting news anchors, and public carnality, a trend that he also despised. But he especially despised the way that Teddy Winner had found a way to appeal to his audience without being cheap about it. And he tendered variations of this disingenuous “I’m a nice guy!” lie even as he named and defamed Teddy Winner in the replies with half-baked rumors and libelous conjecture. He despised that Teddy Winner had not taken his bait and had not proven as “unhinged” as he had anticipated. Then one afternoon, he had become unhinged, firing off dozens of defamatory toots in under two hours. The instance admin had caught wind of this and Herbert was forced to beg the admin to restore his Fediverse account, even slipping the admin a $500 CashApp donation. And it worked, largely because the noble people who ran instances were always running at a loss for the greater good of open-source democracy and were always hard-up. God, things had been so much easier before Twitter went belly up! He longed for the days when rage and hits were the currency.

But the admin wasn’t the only fire he had to put out. Herbert’s editor had caught wind of Herbert’s latest manic episode and had called him at home, speaking to him in the gentle manner of a father addressing a small child about how this obsessive fixation on other media people was unhealthy and how he would be forced to forward the screenshots to human resources if he kept this up. And so Herbert Budruck stopped, though not without spending the next two weeks seething.

Herbert despised the way his wife had put on one hundred pounds in just eighteen months and how she had evicted him from their bed. She had often stuffed her face with high-carb meals rather than look at his increasingly aging and increasingly uglier face. He despised the rapid manner in which his hate was aging him. Despised the way that he had fantasized about beating his kids, even though there was good reason to. His two boys had grown up to be awful little bastards, far more likely to jump on the serial criminal existential trajectory than he ever could have anticipated. Constantly whining for snacks on a full stomach and putting on weight just like mom, always demanding the latest video game console, burning down the kitchen not once, but twice. It didn’t help that his children had taken on more of their mother’s physical features than his. It was almost as if genetics instinctively knew not to pass on Herbert’s characteristics down the line. Nature protecting what remained of humanity from those who contributed nothing. Or maybe his wife had fucked a few other men under his nose. He would never know for sure. His marriage was now on such thin ice that he was in no position to ask for a paternity test.

Herbert Budruck wanted to be a real man. He deluded himself into thinking that he was a real man by posting pictures of himself on social media and passive-aggressively begging his followers to confirm his worth. And they did. Because they had all bought into his big con and they were lonely. Tell an insignificant online nobody that their crude and uninformed thoughts actually matter, even when you don’t actually believe this, and they will sign up to join your army of trolls. It had worked for the Republicans in the mid-2010s, hadn’t it? And the 15k followers he sustained remained a benchmark that he could whip up every time his employer threatened job cuts. He had survived many purges not because he was particularly remarkable (he wasn’t), but because he was feverishly devoted to false metrics.

And now, as he sat on the green room couch and steepled his fingers, contemplating how he he could take the story away from Ali Breslin much like a fierce Bristol seagull swooping down on a hot dog and climbing back up into the sky while gnawing on newly liberated brat, a twentysomething, who looked as if she was the production assistant, waved hello.

“No. I hate to do this to you, but you’re getting bumped.”

“Bumped. And we won’t have a slot for you for another three weeks.”

He looked at the flatscreen above him on mute. According to the closed captions, a devastatingly gorgeous influencer was rambling on about how three chocolate milk enemas a day could reduce your chances of catching cancer.

“We will, of course, pay you for your time.”

“Yes. Herbert Budruck. But you just don’t have the pull we need.”

“But I’m sitting on a major news story! What I have to say is going to significantly dispute the claims in Ali Breslin’s book!”

“Yeah,” said the production assistant, twirling her highlighted strands, “but nobody wants to hear that.”

“What? This is the biggest book of 2027! And you’re telling me that this floozy rates more than me.”

“I want to speak to the producer.”

The producer that Leich had hooked him up with was definitely a dude.

“Yes, she. But if you’re going to be so condescending…”

“Now wait a minute, I didn’t mean it like that. I was told that Hank Sheffield was running the show.”

“Oh,” laughed the production assistant. “He’s only the booker.”

“Only the booker? But Hank Sheffield was at NBC News for decades! Didn’t you see his Emmy-winning segment on the Fentanyl epidemic?”

“He’s just the booker. In fact, I outrank him.”

“Twenty-three? Yes. So you’re ageist as well as sexist.”

“Do I have to call security?”

“Maybe you can be more like Teddy Winner. I mean, he’s so funny. And he’s your age. He knows how to speak to people like me.”

Hearing Winner’s name was too much for Budruck, who became beet-red with rage and shoved the bowl of party mix off the table.

The junior producer pushed the bud of her headset closer to her lips and calmly called for security.

Two large men showed up in less than a minute.

“Do we have a problem here?” said one of them.

“We’re sorry to have inconvenienced you,” said the producer. “Can I offer you a little piece of advice?”

“Adjust with the times.”

These four words sent a shudder through his body. Adjust with the times? What the hell did they think that he was doing?

Fifteen minutes later, as Budruck tried to calm himself down with a Midtown saunter, passing two couples who were freely copulating against walls, it occurred to Budruck that “the times,” such as they were, would have to adjust to him! He began to conjure up great plans. Fuck Teddy Winner. Budruck wasn’t going to play nice anymore. He was going to take down Ali Breslin.

He called Leich on his cell.

“Herb!” said Leich. “How did the appearance go?”

“Are you doing anything right now?”

“Good. I’m coming over. You’re going to want to listen very carefully to what I have to say.”

(Next: The Mountain Retreat)