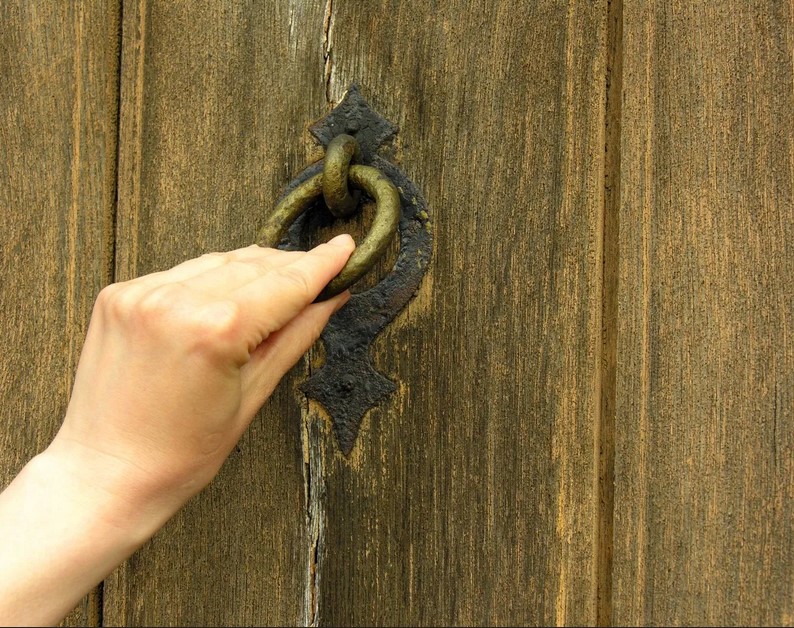 In the nineteenth installment of this wild NaNoWriMo experiment, Sophie Van Kleason tells Clark the truth about her dead husband Paul.

She held Clark’s hand. Not with the dutiful cadences of a dying relationship on autopilot, but with a faith emerging from an unknown recess. A hope hard to pinpoint. An instinct she couldn’t explain.

She actually wanted to salvage this, whatever this was. And it was something.

He wiped the corners of his small mouth with the damp washcloth. His breath still pushed the malodorous zephyr of half-regurgitated blueberry-bannana mush into the intimate air between them. He was still there. Just as he always had been. Just as he had picked her out of the chair and helped her when she needed to relieve herself. Just as he cooked for her and made her believe that she still had a life even when she could not walk. And all this atoned for the stink veering into the space they shared.

And that was new for Sophie. Very, very new. The big draw that she had hoped to strike with Paul, but it had been she who had stayed, not him.

“He wanted to go public,” said Sophie. “It started off as a way to woo new readers. Because he really wanted a bigger audience. And people in that circle knew people in power.”

“When did you know?”

“Three months before he died.”

“And you still carried on with your…”

“And you…you bruised them?”

“Flogged them. Impact play. Much different from anything Paul was involved in.”

“More common than you know, Clark. These men all wanted me to hurt them. And that was the difference between Paul and me. I never did anything that they didn’t want me to do. We were very careful with consent, Clark. It’s the cornerstone of that type of life. But Paul? His sick world? He got used to it.”

She remembered that night when she had found the videos on Paul’s phone when he was in the shower. The two of them screamed at each other with more bitter ferocity than Richard Burton and Elizabeth Taylor had managed in the entirety of their famously fractious relationship. Several glasses — many of them wedding gifts from twelve years before — were hurled against the wall. She’d almost walked out and moved back in with her mother. The man she had married was a monster.

But then she saw the remorse in his eyes. Not enough for her to forgive him, but enough for her to see that he had nobody else to turn to. If she didn’t listen to him that night, then he wouldn’t find the right way out. And while she hated the fact that he needed to rely on her and that he had gone much further than anything she could ever imagined, she knew that sticking it out — he still carrying on his fixation on Ezmerelda Gibbons, she still carrying on with her revolving door of malleable beef — was the only way to save those kids and to expose the villainous media-industry complex that had kept this evil trafficking operation going. They called the FBI the next morning. A temporary immunity agreement was granted, though it was not a piece of paper that would exculpate Van Kleason from criminal charges. It was simply a stopgap. Three months later, Paul was dead.

“Who was involved?” asked Clark.

“Three Academy Award winners. Four Pulitzer winners. Two MacArthur Fellows. At least one former President. And that’s only a small sample, Clark. Really, you don’t want to know. There’s a strong chance that you’ve been a huge fan of at least one of these cultural figures. These people were bad, Clark. Very bad. They had no problem looking the other way while Benjamen Stroller…”

“How do you know Ben? You’ve never believed in conspiracy theories.”

“I listened to his shows on the drive into work. When you work for city government, it’s useful to study the fringe element. To unpack the lunatic mind. They show up to the office more frequently than you might expect. And if you know how they think, you can usually find a way to defuse them.”

“Strategic of me? Yes. But you know I don’t like conflict.”

“Then why are you still here?” she said.

He paused, temporarily releasing his hand from hers. His eyes misted up.

“You’re not put off by everything I’ve just told you?”

“Were you involved in the sex ring?”

“No. But I had my own little thing going on.”

“Yes, but you did nothing illegal.”

“You think I didn’t go through an exploration phase.”

“Yeah. In my thirties. After my divorce. I was a hopeless slut, Sophie. I was what the kids now call a fuccboi. Tinder was new and I was lonely. And suddenly the very faults that Jill had condemned me for were pluses. I slept with dozens of women. I didn’t know I had it in me.”

She found it hard to believe. He had never been especially adventurous in the sack. Missionary, an occasional 69, that was about it. He had never picked her up and fucked her in the kitchen. Even when she asked him to after the accident. He felt that anything that transformed her into a fetish was too gauche. But that was the strangest thing. After years of tinkering with men and being a fearsome top, she felt that it was her turn to play bottom. And she didn’t know how to tell him this. He had never asked to bind her in restraints or to be tied up. He had remained relatively incurious and he frequently disparaged the couples copulating in public places.

“If you had this in you, why didn’t you try any of this with me?”

“Because I wanted to be…”

“None of us are normal, Clark. Deep down, we’re all fucked up inside.”

“But not as fucked up as Benjamen Stroller. Where did he get the money to finance this operation?”

“He worked for WNYC and his career went nowhere. Few people listened to his show. Then he met up with some Dutch people with money and he struck out on his own. As a podcaster. With the Dutch money behind him. And he realized that he was likely to gain more listeners if he courted the disinformation demographic. He wanted to be an edgier and angrier Art Bell.”

“And he needed big names as guests. So he started to blackmail prestigious names with Bill Flogaast.”

“He was a huge publicist at the house that published Paul’s books. Connections to the underworld. Paul called him the ‘Cleanup Man.’ He took many midlist authors under his wing.”

“Authors who sold well enough to keep in-house, but not well enough to hit the New York Times bestseller list. And he would turn them into overnight successes. Near the end of his run, he was handling all the literary Daves.”

“There are a lot of literary writers named Dave. Don’t ask me why that is. Maybe Davids are more inclined to write. Anyway, he steered them onto Stroller, whose blackmail operation was turning into a bonanza.”

“But why would Stroller and Flogaast single out authors?”

“Because social media tends to overlook their bad behavior. Do you know that author Zen Tang?”

“Didn’t he make a viral video years ago in which he said ‘the next morning we ate spinach’ over and over again?”

“That’s the guy. Well, Tang raped his partner and even stole her story for his bestselling novel, Stephen Dixon. And the literary people simply pretended that none of that ever happened. And he’s still very popular. Bill and Benjamen realized that, because most book people were incredibly gullible, the midlisters could be used as recruiters for the sex trafficking ring.”

“Jesus. And nobody looked into this?”

“I mean, most regular people. Authors can be monsters, but literary people — who are, for the most part, incredibly sheltered and introverted — somehow overlook this. They believe in staying relentlessly cheery and positive. I mean, there was one guy, a website editor named Isiah Gatsby who was heavily involved with this creep in Los Angeles named Jason Prufrock, who established a ‘No haters’ policy that quickly spread to every outlet still reviewing books. Sure, there was the Shitty Media Men list, but none of those men ever got canceled. Most of them still have careers.”

“You’re going to have to slow down. I don’t know any of these people.”

“Sorry. An old habit. Paul was incredibly obsessed by all these names. One of the reasons I don’t read much anymore is because I know what a lot of these authors have done. And I just can’t stomach it.”

“So why is Senator Rollins so important?”

“I don’t know. Bill Flogaast usually kept away from politics. But after Paul died, Bill left the business. Something to do with an executive editor named Gingrich Moore, who I was regrettably friendly with.”

“She handled an author named Butch Wheel, who was also her boytoy.”

“Do you mean Gingrich was fucking Wheel?”

“Yes. And Paul attended some book party and got drunk and spilled something about my kinky life to her. And Gingrich swooped in and wanted me to coach her.”

“She had something on Paul, something that she wouldn’t elaborate on. Much of which I’ve already told you. And you have to understand something about Ginny Moore. She’s not someone you can easily say no to. Plus, Paul was thinking about jumping to another house and Ginny suggested that, if I helped her, she could help Paul. So sometimes she would be at the Atlantis with me. She seemed to have a natural instinct for beating the shit out of men.”

“Was Ginny involved in the sex trafficking?”

“No. But I’m pretty sure she knew about it.”

“How much of an open secret was it?”

There was a knock at the front door.

Clark opened the door. It was Debbie Ballard. She was holding a large paper shopping bag.

Sophie rolled her chair over to the doorway.

“Debbie? What are you doing here?”

“Sophie, please. Give me ten minutes. I’m in a pickle and I can’t even tell Gabrielle about this.”

Debbie took a book from her bag. It was the Ali Breslin volume.

“How did you get a copy of that?” cried Sophie. “I thought there was an embargo.”

“I have my sources. But I’ve read the whole thing. You’re going to want to listen very carefully to what I have to say.”

(Next: The White Savior Problem)