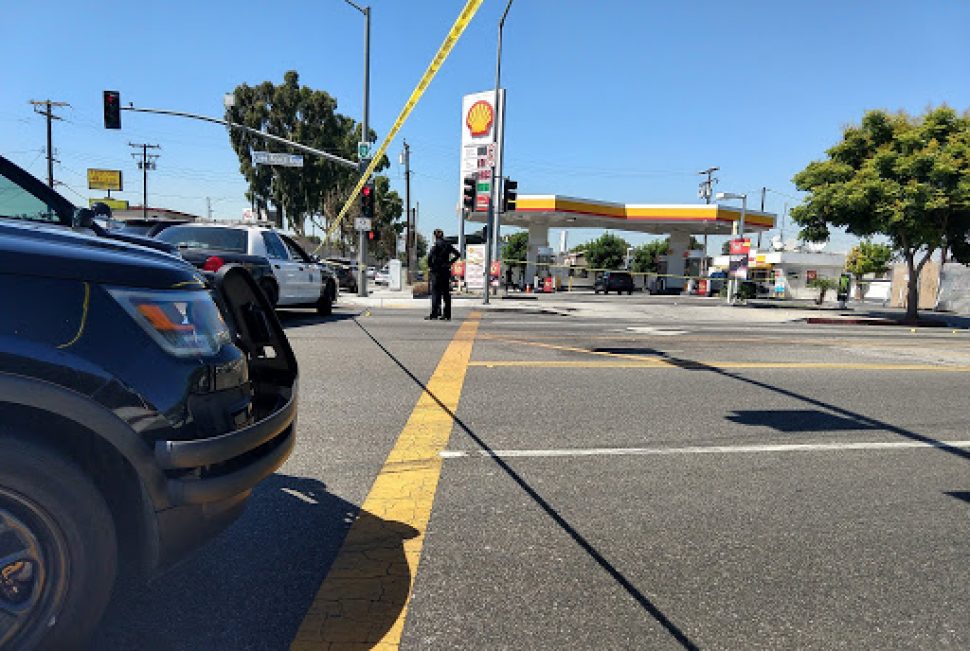 They chased the old year down to the edge of the earth.

They chased the old year down to the edge of the earth. It wasn’t easy, but they cornered the suspect in a gas station just outside Sarasota, Florida, where the year gave up his hard grip on global chronology. The suspect, known to the authorities as “2018,” dropped the can of Pringles, the energy drink, the four packs of beef jerky, the soft box of Newport Longs from which he had fiendishly fired up a fresh one in open contravention of local law, and the twelve pack of MGD under his right arm. He hoped these provisions would give him a few more days of life after December 31st.

He longed to make it to January. Maybe February if he was lucky. He wanted to convince the human species to abandon their calendar system and maybe try out a fifteen month year for once. Maybe a few more evil acts would frighten them into accepting his tyrannical conditions.

He was dressed in tattered rags by the time they nabbed him. A couple returning home to Vermont from a happy holiday, their son filling up the family Prius on Pump 3 just outside, felt the burning jolt of the perp’s vicious scowl and instantly dropped dead of heart attacks. Plop plop. Tears from the kid. Grief that would scar for years. Work for the Brattleboro obituary writers.

A twelve-year-old girl buying a pack of gum was lucky enough to escape merely with a premature mane of white.

The suspect snapped his fingers. And the man in the restroom, already unsettled by the heavy brick attached to the key that he balanced on his knees, discovered that there was no toilet paper and that the faucets had stopped worked. The man’s anguished cry could be heard as far away as Long Boat Key.

“Come out with your hands up!” shouted the squad leader through this megaphone. “You’re surrounded! December, you got this guy?”

December, the most stoic of the twelve lieutenants, nodded and gave the hand signal to Units 29, 30, and 31 to lock their sniper rifles on the rogue year. The team had been doing this for more than two thousand years and they weren’t going to let any goddam year make it past January. Not on their watch.

The criminal had taken out so many promising people (Franklin, Bourdain, Lee, Le Guin, Ellison, Marshall, Shelley, Spade, Roth, Hawking, Lanzmann, Forman, Reynolds, Kidder, Simon, Roeg, Rain, Jay, Mack, Locke, Swift, Ditko, Crimmins, O’Riordan, Hutchison, Anderson, Kao, so many others) and his other acts had caused so much crippling anxiety and torment. But he was quite happy with his accomplishments. The Kavanaugh confirmation. The zero tolerance policy on DACA. He had even persuaded Kevin Spacey to lose his mind on Christmas Eve. He strived for evil excellence even in the final days and he was particularly proud of that last touch. But he wasn’t done with his work. No, sir. Not by a long shot. He knew that 536, believed to be the worst year in human history, was the year he had to top. He wanted to stand out, win awards, be recognized by the historians. So he made sure that the West Wing invited him over every day and he whispered terrible sentiments into the President’s ear and somehow everything the year said ended up on Twitter. It had all been remarkably easy.

But all years, good and bad, do have to retire. Which is why he was in Florida. Tax incentives. Shuffleboard. For all his malevolence, he did like shuffleboard. 2018 was a bona-fide dickhead, but you had to give him shuffleboard.

Couldn’t they see that he was an innovator? Well, some of them did. He had won great acclaim from the Republicans and the Nazis. 2016 had texted him days before. “Dude! You’re making ME look like one of the good ones.”

Couldn’t they see that he was just getting started with his misery? That there were still more lives to ruin?

But in the end, he gave himself up peacefully to the chronological police, allowing his wrists to be manacled. The chron cops snapped the tracking bracelet to his ankle. There were still a few days left before the new kid would take over.

December grunted back and held up three fingers.

“How’s the training going with the kid?”

“Who?” asked a special day unit He munched on a donut. It was the twelfth one he had eaten that day. He felt an inexplicable need to eat at least eighteen more.

“Nineteen. I mean, he’s the one closing out this decade.”

“The sixteen hour one?”

“It’s a new one. HR updated it with the bubonic plague, Holodomor, the Trail of Tears, the Rwandan genocide, and there’s even a few minutes on the burning of the Great Library of Alexandria. We’ve got to make sure that the new kid’s better than this guy.”

“Okay. Well, see to it that he’s ready at midnight! We can’t have any more screwups!”

“What about Eighteen? He’s not saying anything.”

But the criminal smiled in the back of the police car. There was one thing he knew that they didn’t. For it was the custom of each year to draft a handwritten letter to the next year upon completing the 365 day term. And he had written words. Evil words. Seductive words. Words that would corrupt anyone. Words that no video could ever erase. He steepled his fingers, loosened a maniacal laugh into the fresh ocean air, and looked forward to settling into house arrest and observing what the new kid would do once he started his shift. He was feeling incredibly confident.

(A version of this story was sent privately to some friends, who loved it so much that they urged me to expand it. And so here we are. Happy New Year to everyone!)