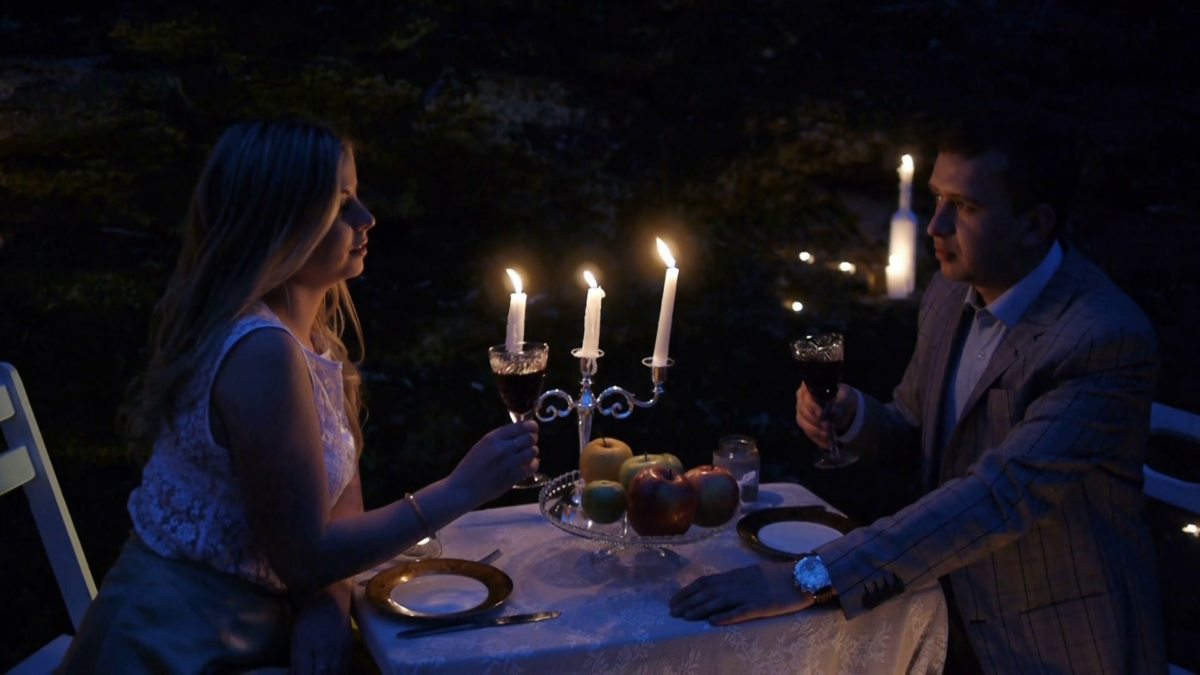 So tell me about you. I mean, I’ve been talking a lot about myself.

Yes, but you’ve spent the last hour listening. And I don’t know if that’s entirely fair. What do you like to do?

Long distances. Quite a few Great Saunters under my belt.

You walk around the perimeter of Manhattan starting at 6 AM. 32 miles. I stopped doing it when I got food poisoning after eating a burrito in the Bronx. That was halfway through the last Saunter I did.

I cook and I bake. I invite people over for three-course dinners.

What do you make?

Everything. A professional food writer even gave me the thumbs up, which was a nice surprise. Or maybe she was being polite. Anyway, I always try something new. I once made sancocho from scratch. It took five hours. It made many people very happy. My dishes are often hits at potlucks.

Who do you volunteer with?

And you write and make audio drama?

Yes. It’s very fun. And it’s nice to have actors come by. They’re all very kind.

Yes. I have also written a few dozen songs since picking up the guitar again in August. People seem to like them. I’m going to start performing them.

I act sometimes. I sometimes do all this under different names. Just to see if I’ve still got it.

Long story for another time. But I do most of what I do under my own name.

I do a secret good deed every day.

Well, it wouldn’t be a secret good deed if I told you. But kindnesses here and there. A gesture, a donation, a favor, a lengthy email of encouragement. Anything ranging from five minutes to three hours.

Why do you do that?

Because you have to give back. Or just plain give. It often isn’t enough.

Can I confess something?

I once saved a magazine’s archives from permanent digital deletion. I have talked quite a few people out of suicide over the phone. I gave money to a woman to help her escape her abusive partner and now she’s thriving. I drove 400 miles to bail out a friend on short notice. Not too long ago, a homeless woman asked me for a cigarette on a cold night and she looked so lost and sad that I bought her a meal and a Metrocard. I said that she could use my shower, gave her a new toothbrush and a few T-shirts, had her sleep in my bed while I crashed on the couch.

Everything turned out fine. I give pep talks. For some reason, people open up to me.

You don’t have to be defensive.

You’re right. I’m working on that. Well, if I’m not interesting, why are you here?

I don’t know. There’s something about you that intrigues me.

But you just said that I’m not interesting.

You’re not. But you intrigue me.

Can you be intrigued by someone who you don’t find interesting?

Maybe you’re just passing the time. Can I tell you a story?

So I was a little effusive on New Year’s.

Yeah. I just wanted to wish everyone a happy new year. Because I was feeling good and really positive at a karaoke bar. They gave me the mic and I sang U2’s “New Year’s Day” just after midnight. And I accidentally texted someone I dated two years ago.

Well, she opened up to me a bit about how we had connected. And I told her she was kind and peaceful.

Yeah. And we were being real with each other. And then she said something about a guy named Isaac. And I didn’t know what the hell she was talking about. And that’s when she realized that it was another guy named Ed that she had dated around the same time.

She invalidated the text chain that we had shared before and told me she wasn’t interested in texting further. So I peacefully obliged. But here’s the thing. If you share an experience with someone, and that person is not who you think they are, does that cancel out the experience? It was a harmless mistake. Could have happened to anyone. But it made me wonder if we’re all far more willing to fall into scripts and assumptions rather than actually connect and empathize with each other and understand that there’s another human being on the other side. That there’s a beauty in recognizing another person’s totality. I don’t think anyone wants to acknowledge the commonality of our fuckups. We would rather be the heroes of our own stories. And that’s not very interesting.