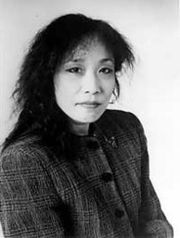 The New York Times‘s Michiko Kakutani has rightly earned the wrath of fiction authors for her scathing reviews. But until now, nobody has thought to collect some loosely quantifiable data with which to demonstrate just how much Kakutani hates fiction.

So here’s a breakdown of Kakutani’s last twenty-seven fiction reviews, written between the period of May 2009 and May 2010.

Aprl 28, 2010: “Suffice it to say that the fans of Presumed Innocent who can suspend their disbelief for the first couple of chapters of this follow-up will not be disappointed. ” She also spoils several plot twists contained within Scott Turow’s Innocent. Verdict? HATED IT (0).

April 22, 2010: Sue Miller’s The Lake Shore Limited is declared “her most nuanced and unsentimental novel to date.” Verdict? LIKED IT (1).

April 13, 2010: Yann Martel’s Beatrice and Virgil “is every bit as misconceived and offensive as his earlier book was fetching.” Verdict? HATED IT (0).

March 9, 2010: On Chang-Rae Lee’s The Surrendered, Kakutani writes, “Mr. Lee writes with such intimate knowledge of his characters’ inner lives and such an understanding of the echoing fallout of war that most readers won’t pause to consider such lapses ” Verdict? LIKED IT (1).

March 2, 2010: In So Much for That, Lionel Shriver “turns this schematic outline into a visceral and deeply affecting story.” Verdict? LIKED IT (1).

February 12, 2010: T.C. Boyle’s Wild Child serves up “dashed-off portraits of pathetic weirdos; curiously, some of the most powerful entries in this volume also deal with frustrated, unhappy people, but people depicted with a mixture of sympathy and skepticism, emotional insight and dagger-sharp wit.” Verdict? MIXED (0.5).

February 1, 2010: Of Don DeLillo’s Point Omega, Kakutani writes “there is something suffocating and airless about this entire production.” Verdict? HATED IT (0).

January 26, 2010: Robert Stone’s Fun with Problems is “a grab-bag collection that’s full of Mr. Stone’s liabilities as a writer, with only a glimpse here and there of his strengths.” Verdict? HATED IT (0).

December 14, 2009: Norberto Fuentes’s The Autobiography of Fidel Castro is “a fascinating new novel.” Verdict? LIKED IT (1).

November 29, 2009: The stories contained within Alice Munro’s Too Much Happiness “are more nuanced and intriguing than such bald summaries might suggest. And yet the willful melodramatics of these tales make them far cruder than Ms. Munro’s best work.” Verdict? MIXED (0.5).

November 9, 2009: Vladmir Nabokov’s The Original of Laura “will beckon and beguile Nabokov fans” despite being a “fetal rendering of whatever it was that Nabokov held within his imagination.” Verdict? MIXED (0.5).

October 26, 2009: John Irving’s Last Night in Twisted River “evolves into a deeply felt and often moving story,” despite its flaws. Verdict? LIKED IT (but with caution) (1).

September 21, 2009: Audrey Niffenegger’s Symmetry is “an entertaining but not terribly resonant ghost story.” Verdict? LIKED IT (but with caution) (1).

September 14, 2009: With The Year of the Flood, Margaret Atwood “has succeeded in writing a gripping and visceral book that showcases the pure storytelling talents she displayed with such verve in her 2000 novel, The Blind Assassin.” Verdict? LIKED IT (1).

August 31, 2009: E.L. Doctorow’s Homer & Langley “has no Poe-like moral resonance. It’s simply a depressing tale of two shut-ins who withdrew from life to preside over their own ‘kingdom of rubble.'” Verdict? HATED IT (0).

August 3, 2009: Thomas Pynchon’s Inherent Vice “feels more like a Classic Comics version of a Pynchon novel than like the thing itself.” Verdict? MIXED (0.5).

July 2, 2009: Chimamanda Adichie’s The Thing Around Your Neck is an “affecting collection of stories.” Verdict? LIKED IT (1).

June 29, 2009: Shahriar Mandanipour’s Censoring an Iranian Love Story “leaves the reader with a harrowing sense of what it is like to live in Tehran under the mullahs’ rule.” Verdict? LIKED IT (1).

Based on our point system, over the course of 27 reviews, Michiko Kakutani has awarded 14 positive points to fiction. And when we do the math, we see that Kakutani enjoys fiction about 51.9% of the time.

Is such a high percentage of negative reviews unreasonable? Judging by the Top Reviewers index on Publishers Marketplace, which has tracked reviewers since October 2002, it would appear so. Kakutani is more negative than what is reasonably expected from a professional critic. And if we rank all professional reviewers in order of negativity, we find only five reviewers who have a negativity percentage over 25%.

So that’s sixteen reviewers (out of a total of 361) who are miserable enough to award at least a quarter of the books that they review a negative rating. In other words, a mere 4.4% of reviewers have hated more than 25% of the fiction that they write about.

And if we account solely for Kakutani’s fiction reviews in the past twelve months, Kakutani is more negative than any professional reviewer in the past eight years. Kakutani hates 48.1% of the fiction she reads. She barely edges out this odious Ed Champion fellow, who I will certainly be having a talk with later this afternoon.

Or to frame this revelation another way, in the past twelve months, the only reviewer more obnoxious than Edward Champion is Michiko Kakutani.

And when a reviewer is this negative, one must ask one a vital question. Should she continue to be paid to write reviews?

* — Nobody was more alarmed by this percentage than me. While Michael Cader is permitted his estimate, I should point out that there are numerous positive reviews I’ve written he hasn’t counted.