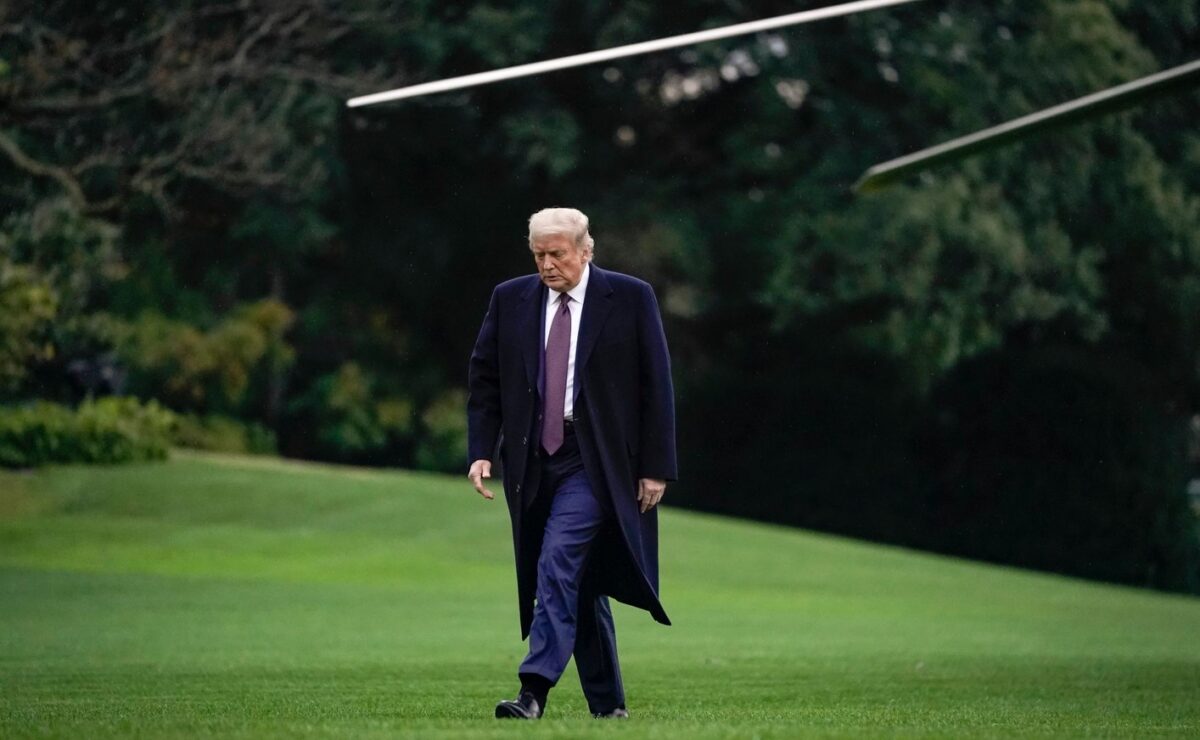 There is nothing wrong in hoping that great misfortune falls upon a mass murderer.

I wouldn’t mind if he dropped dead.

Let be more specific in case the Secret Service has flagged this article and some dutiful bean counter is now adding my name to a list. I do not possess a homicidal bone in my body. I have no interest in hurting or assassinating anyone. I am not threatening the President’s life. I am merely stating my opinion that, should the President expire of the very virus he stubbornly failed to control and that killed so many people, I’d probably sleep much better at night and chuckle over the poetic justice.

To further clarify the nature of my opinion: If I learn that the corpulent moronic mass of Donald Trump drops dead in the next month from COVID, I will take the chilled champagne out of the fridge without hesitation and pop it open, watching the cool parabola of bubbly goodness explode from the bottle just after the cork shoots into the air like a wild projectile that has been waiting four years to demonstrate its resistance to gravity. I will probably grab my guitar and sing “Born free, as free as the wind blows” very loudly out my window. I may even bust out the confetti and some party blowers. I will then probably dance naked in my living room, blasting Rage Against the Machine at top volume, and paint my body all sorts of exciting colors. Based on some informal text canvassing of some sleepless friends, I am far from alone in my methods.

Why would I do this? Because this is how I celebrate liberation. This is how I celebrate being released from grief. Let us not forget that all of America has been held captive by this brutish bully for almost four years. He’s had so many opportunities to be presidential, to be an eloquent leader who the people can look up to, even if they disagree with him. He has botched them all and he has demonstrated that he will never change or apologize. I’m sick of the stupid neoliberal belief that we can’t play dirty. With Trump, it’s self-evident that the normal rules of schadenfreude do not apply. There is nothing shameful in denouncing this monster. If anything, it’s an act of patriotism.

Why is it so bad to express this? Why should the measure of goodness involve believing that all people are worthy of commiseration? Sure, most people are. But Trump is not most people. As the writer Zito Madu declared on Twitter, “It’s always insufferable when people see the true test of their kindness as extending public sympathy for the worst people who have spent their time on earth being cruel to others.” Don’t give me the Christian malarkey that you’ve never once wished for bad things to happen to bad people. I mean, I’d probably give you the sideeye if you spent most of your time doing this rather than doing good work and being good to other people. But if you’re a normal person, I guarantee that you’ve probably stewed over some son of a bitch who burned you earlier in the week, an ogre who made your life a little more hellish during a time in which patience is increasingly a hard-won virtue. Perhaps you chose — wisely, I might add — to hold your tongue and not react to the transgressor and focus on the positive. Life is all about how we choose to react. Even so, it is a perfectly justifiable reaction to rejoice if Trump dies. Remember: We’ve had nearly four years of this.

Some may argue that this makes me a bad person. But it doesn’t.

The number of people who I want to die can literally be counted on one hand. Believe it or not, I tend to be kind and respectful towards other people. But Trump falls into a category of animalistic slime that defies all known human classifications and thus excludes him from the virtually universal privilege of being given clemency or the benefit of the doubt. At the end of the day, you can still have a conversation with a cop or a gun nut or someone who leans to the right. But with Trump, you clearly cannot. This man is a boor and a bully and it’s this very personality quality, this incurable narcissism that a troubling cluster of Americans believe to be a virtue, that has inspired dangerous public health policy decisions that have contributed to the deaths of 209,000 people.

Trump effectively sentenced these people to death. He was more efficient than the NKVD during its notorious Polish Operation of 1937-1938. More people dead than the East Timor genocide. More casualties than the Greek Civil War of the 1940s. It’s a staggering number that will likely spill over the casualty count in Darfur. And it only took six months for Trump to do this.

If that doesn’t fill you with red hot rage, I don’t know what to tell you. What people often forget about angry people is that they are often angry because they believe in a corresponding set of positive virtues. In my case, my unshakeable anger towards Trump is driven by my unwavering faith in democracy, of returning to a nation in which we can actually have conversations with each other again.

My great desire to see the most dangerous fascist in America disappear permanently from public life is predicated upon all the goodness that I see from everyday people. In short, I want the American experiment to continue. It won’t under Donald Trump. His removal from office or this earth, whatever fate decides first, will surely be one of the 21st century’s most awe-inspiring achievements.