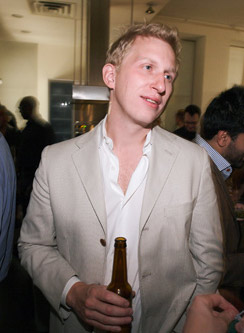 As Choire Sicha reported back in September, Brian Farnham, the editor of Time Out New York is not a big fan of paying his freelancers. And that includes me. I wrote a profile piece for them in July, but didn’t get payment for it until four months later. And the only reason I was able to effect payment that quickly was through persistent emails and phone calls, going directly up the ladder to Farnham. I did, after all, have rent to pay. Farnham made repeated promises about the check coming from Chicago. This never happened. And after several communications from me, his staff had to cut a check from the New York office — something that the TONY cronies had previously told me was “impossible” — and I had to go down there and pick it up at their office. Because given the constant misrepresentations, I didn’t trust them to get my address correct.

A few weeks after another piece I wrote for them ran, I sent an email to find out what the status was on this second payment, thinking I might experience the same four month return time and receive similar misrepresentations from the TONY offices. I never received a reply. I followed up two weeks later. The Editorial Coordinator wrote back telling me that she was “checking in with our accounts payable department to find out when your check will be cut.” I left a voicemail asking for more specifics. The Editorial Coordinator hadn’t bothered to inform me in her email that, oh actually, “the financial director is on vacation this week.” I fired back a forceful but reasonable email, telling them that I would call their office “every day from Monday on — with equitable and reasonable intervals, I assure you — until we resolve this dispute, until we have a definite answer, and until there is a check in my hands.”

This afternoon, I got a phone call from Farnham. It was an effort to try and shake me up. I had experienced this approach before by bullies in high school, but hadn’t seen much action in my adult life outside of bars and law firms. “How dare you!” he screamed at me repeatedly over the phone. “Who do you think you are?” These were lines out of a bad melodrama. I responded with facts. I pointed out that I was not the one who had allowed four months to pass before the last check. I pointed out that I was not the one to let two weeks pass before replying to a payment query and repeated that I was completely understanding of a delay in payment, if only the efforts were communicated in a forthright manner. “You’ll get your check,” he seethed, sounding like a frat boy who can’t get a new pledge to hand him his beer bong.

When it was clear to Farnham that I could not be shaken up, that I would be polite but not kiss his ass (apparently, I was the asshole for being a professional and following up on payment), this infuriated the man. So he followed up with an alpha male threat that I “would not write for Time Out New York or any other magazine I edit.” Perhaps because of his Everest-sized ego, it apparently hadn’t occurred to Farnham that I’m not a fan for writing for publications that don’t honor communication, much less timely payment. Every place I have written for has always communicated with me in precise and reasonable terms, communicating to me when a check is late and being honest in every way. Most people, I believe, are kind and reasonable. “That’s fine,” I said, “I have no interest in employing my professional services for fucking deadbeat douchebags.” He hung up. A coward and a bully to the last.

I should point out that I think Michael Miller is a fine and demanding books editor. Because of this, I was happy to arrange the Sacks profile with him on short notice, getting a copy of the book the day before I had to interview the man and staying up during one twenty-hour stretch to read and prepare and ask Sacks questions he hadn’t been given before. So on this note, I regret the developments.

But if you are pondering writing for Time Out New York or any publication Brian Farnham is involved in, I present this anecdote to reveal just what you might be in store for.

You see, a writer is as much of a professional as a plumber, a barista, a lawyer, or a doctor. They have rents to pay and mouths to feed. Why is it then that so many want to screw them over?

[UPDATE: Emily Gould is a sweetheart. And for what it’s worth, Farnham had his deputy messenger me the check this morning.]