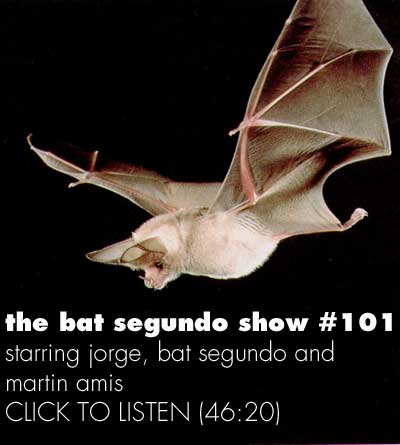 Amis: There were several very good reviews, but the bulk of them weren’t. And it wasn’t just the reviews. I mean, anyone who could hold a pen was queuing up to write some exultant piece about, you know, “Crawl away and die,” saying, “All we can do now is pity him” and all this and so over. Nice to have your pity, mate. I particularly value your pity. To feel such dislike centered on you and centered on your book. I mean, I’d been written about far from sympathetically for quite some time, but it was alright when they were just having a go at me and my character and my activities. But when they attack your book, in those terms, it’s much more painful. It’s like watching your child being scragged in the schoolyard. So, yeah, I think it wouldn’t have been human to have not felt that and felt it as a blow to your confidence, which is what it really is intended to be. I think Baudelaire said, if you’re a writer, all you have is your opinion of yourself and your talent and your reputation. And that puts food on the table. That’s your livelihood — it’s your opinion of yourself. So, yeah, I think my confidence was affected by it.