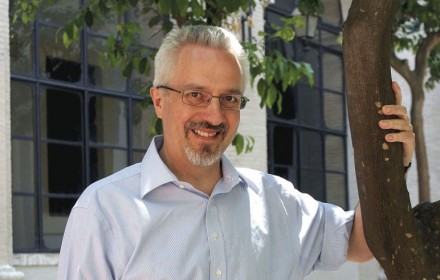 In this 45 minute radio interview, we talk with Booker winning novelist Alan Hollinghurst about The Stranger’s Child, how a single verb can alter a sentence, and whether literary biographies have any legitimacy.