As as writer, I always find it interesting what other writers consider their own influences. Most times when you read interviews, the influences usually range among the author’s favorite authors. Sometimes they range out of genre, but rarely do they range out of books.

I have talked before about how I learned to write from comic books, along with Michael Crichton and James Bond novels. Comics taught me pacing and plots twists.

But the biggest non-book influence I’ve had recently actually came after I started writing. It’s the show that taught me about location, mostly because it’s filmed in my home state. THE SOPRANOS just gets New Jersey. As silly as it seems, NJ is like that, as integrated with stupid and smart people. With people who, despite having funny accents (which I contend I don’t have) have souls deep, dark and sad. And the shots, that grainy, gritty look is part of the state I love.

Yes, we’re the Garden State. And if you watch the show, they show that part of the state too. As gritty as it looks near the Turnpike, it’s just as beautiful in South Jersey.

Part of getting a location right, however, is attitude. People act that way and are influenced by their surroundings. My favorite moments of the show have to do with “going to Booton” or meeting “Sil in Paterson.” New Jersey is close knit like that, almost like a really big city.

The Sopranos gets it, and it has helped me get it as well.

Like a good geek, I upgraded my browser from Firebird to Firefox. (I’m presuming Mozilla renamed it because their barebones browser has become more devious. Never mind a proper explanation.) Version 0.8 hasn’t had nearly as many problems as Version 0.7. But there’s one terrible problem. Note the icon which precedes this paragraph. I’ve resized it to how it looks on my taskbar. It resembles either a gall stone being pushed through an unsightly orifice, or a penny gumball tinged with an orange-tinged fecal coating. In either case, it makes me sick to my stomach. And I’m sure I’m not alone here.

I like to support the little guy. Really, I do. And I can understand why this shit-stained orange color was decided upon (slightly more shit-stained than the hue of the AOL Instant Messenger icon, but enough of a gradient to count). There’s been a rise in vibrant blue, more dimensional icons. Ever since Windows XP came out. But has an unspoken civil war been declared on certain icon colors? I don’t think I’ve seen yellow or maroon or even trusty black in the last two years. Either there’s some post-9/11 “comfort icon” thing happening that nobody wants to acknowledge or icons have become so uninteresting that even able developers like Mozilla are resorting to shit-stained icons.

An entire page has been put up to celebrate Spot (the presidential dog) passing away at 15. But there still isn’t a single page up in tribute to the 500 dead soldiers. I hate to get Godwin, but this is just too damn close to the “But he loved his dogs” Hitler apologia. 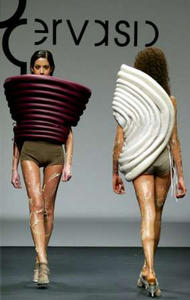 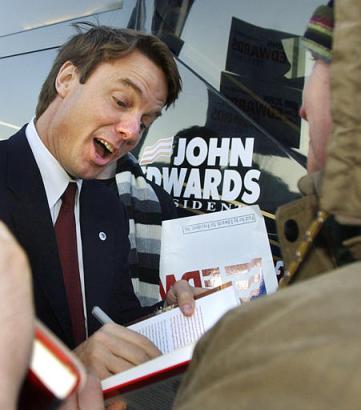 Since it is book-related, Paul O’Neill fesses up that the Iraq plan was in place well before 9/11. The first major blow from an insider.

Anybody have any clues on the Key West Literary Seminar fracas? Moorish Girl (and all of us) wants to know.

The Times gives a lot of space to the image.

And an engineer attempts to deconstruct postmodern literary criticism.