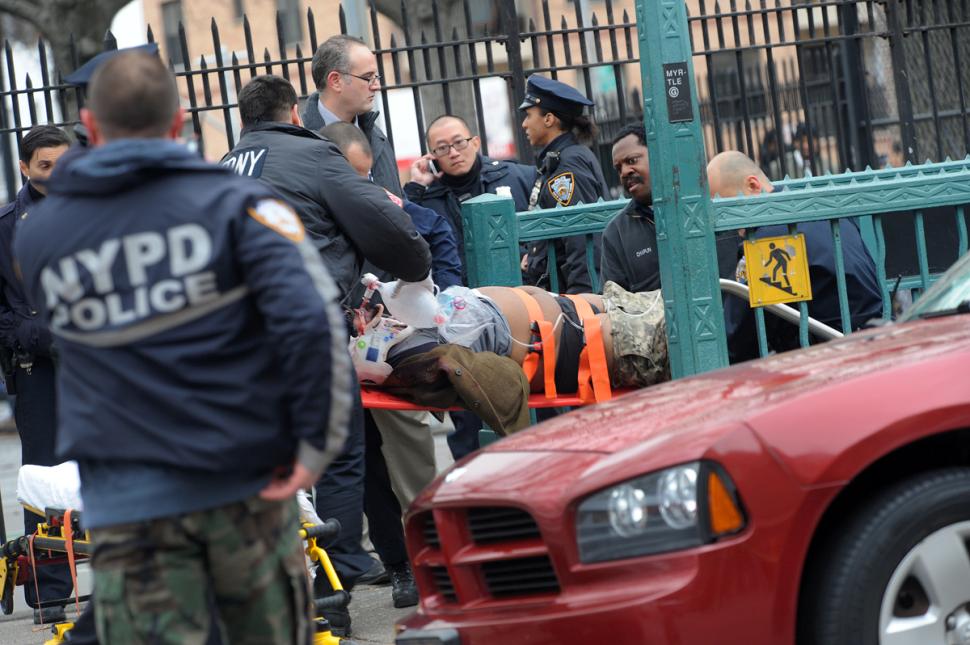 WCBS: “Cephus said he was bringing ice into a park, when he encountered two police officers checking for liquor. He dropped his bag, and says he was hit 10 to 12 times on the shoulder and upper arms, before a bystander’s camera even started.”

Amazingly, Police Union President Patrick Lynch claims this to be an appropriate amount of force. And while the officer involved has not been suspended, he has been confined to desk duty.

This violence comes only a day after a NYPD officer assaulted a Critical Mass cyclist, brutally pushing him from his bike while he was simply riding down the street.