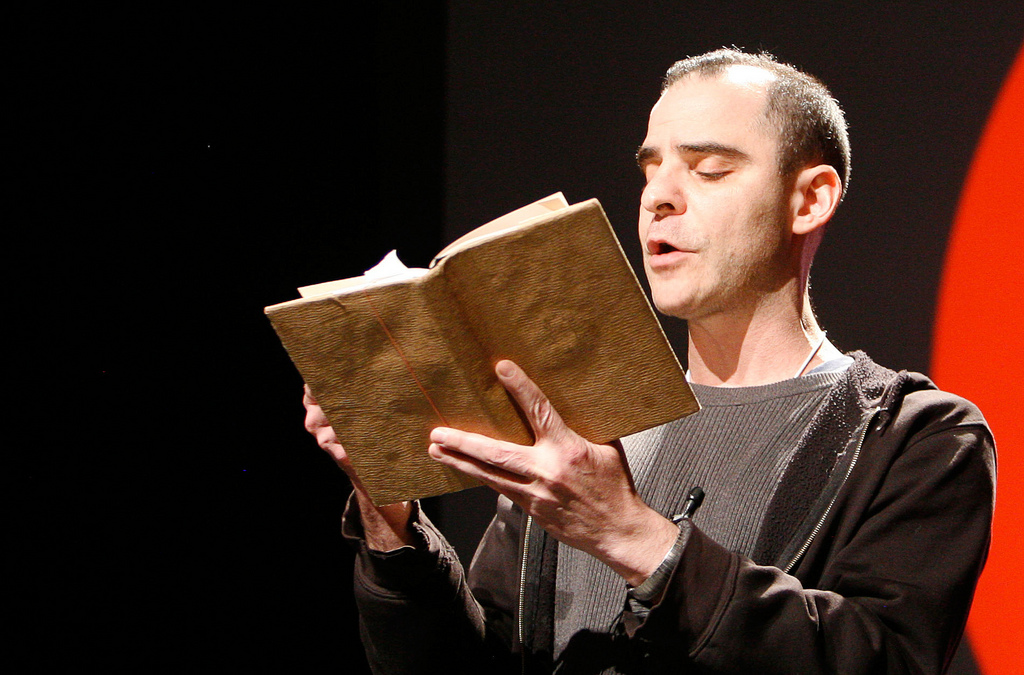 My remembrance of the witty essayist David Rakoff.

The first time I met David Rakoff, he offered me food and food and more food. It was 2007, just after Thanksgiving. With typical munificence, David had made too much of it. It became very clear from David’s steadfast concern and his adamant offers, in which he also insinuated that he kept some modular storehouse in neat hidden niches throughout his modest Union Square apartment, that this wasn’t some commonplace matter of fobbing off leftovers, so much as an opportunity to feed every spare mouth he could find. And that included overly prepared literary journalists. The man was an entertainer. It extended to his conversations. It extended to his kitchen. It was always there in his work.

“There is little in this world that I find more galvanizing than someone in trouble,” Rakoff once wrote. “I am well aware of how dubious that sounds, coming from someone who makes a living writing in the first person.”

David wrote his essays extremely slow: just three slim yet pithy books (Fraud, Don’t Get Too Comfortable, and Half Empty) in a little less than a decade. And this deliberate snail’s pace had much to do with the high neuroses David brought to the writing process. I once pointed out a few vaguely similar images he had used over a few essays. And David, mortified, put his hand to his mouth and cried out, “I’m a hack!” I then spent several minutes ensuring Rakoff that he wasn’t. In a world besotted with writers who recycle their own paragraphs or who fabricate quotes, David’s commitment to the original must also be memorialized. He was a man so committed to precise language that, during a 2010 interview, David and I spent five minutes looking up the word “vitiate” to ensure that we both understood its nuances.

Last year, David won a well-deserved James Thurber Prize for American Humor. Like many of our great wits, he was a man determined to dazzle you in high style with bountiful modifers. Here is how Rakoff described an unhappy couple he observed on New Year’s Day in his essay “Tokyo Story”:

He began that unmistakable wet-mouthed, lip-smacking, compulsive swallowing that indicates the impending need to vomit. His upper lip shone with perspiration, and his eyes were closed. The woman had nowhere to go — indeed, there was nothing else she would be able to do until the train reached the station, and that might not be in sufficient time. If the first thing you do on the first day augurs the spirit and tone of your new year, this woman was in for a very bad 1987.

David described giggling at this woman, but he pointed out that the joke was on him, for 1987 was to be his shitty year. Such vicious ironies would race throughout his life, yet David would receive them with realism and good humor. A self-described therapy junkie, it was hardly accidental that, years later, he read Julie Norem’s The Positive Power of Negative Thinking very carefully (yet became so consumed in his research that he was never able to write a piece about it). At 22, he was hit with Hodgkin’s lymphoma, but managed to beat the cancerous rap after eighteen months of treatment. But in 2010, he was diagnosed with a malignant tumor and, in one of life’s malicious replays, was forced to start chemotherapy again. But this didn’t stop him from living. From “Another Shoe”:

I try to comfort myself with the first-person accounts I’ve heard of those who die on operating tables and come back: the light, the warmth, and the surge of love from one’s dead ancestors urging you forward. But even that doesn’t help as I wonder what on earth the Old World, necromancing Litvak primitives from whom I am descended would make of me? You’re forty-four and not married? You’re a what? We had one in the shtetl and he was chased from the town with brickbats. How much treyf do you eat? What kind of writing? And from this you make a living?

Here was a man who personally apologized to me for having to stop tape every 30 minutes to take the medication that was keeping him alive. The apology was unnecessary. I told David that if he didn’t want to talk, we didn’t have to. But for David, the show had to go on. The man summoned some wonder to the very end.

Last night, David lost his battle with cancer. But we still have the three books, the many This American Life appearances, and David’s quiet suggestion that a comic yet realistic dignity is an extraordinary defense against life’s cruel setbacks.