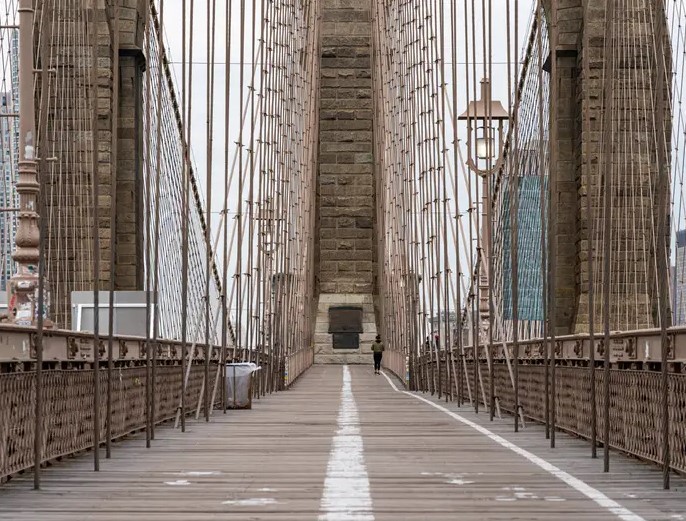 Back in late December, I lost a vital part of myself. One year into the pandemic, these antisocial conditions have lobotomized us. We need to start being honest about the toll that this is having on our mental health and wellbeing.

My friends know me as someone who can easily locate some recherche venue in a city I’ve just set foot into for the first time. Even without GPS, I can usually drive my way to where I need to be. It’s a blind instinct. The seeds for this sense of direction were planted when I was four years old. There was a large map of Santa Clara County hanging on my bedroom wall and I memorized all the streets to pass the time. I asked my mother to order more free maps from AAA and I scooped up these new geographical sectors with relish, happily adding these fresh streets to the spatial depository of my ravening mind. My mother was someone who could get easily lost. But I had traced the clover leaves and followed the construction of new freeways with my little fingers. I had calculated the shortcuts that got you to your destinations faster. At four years old. A few years later, I would sneak out of the house and spend the entire day bicycling to areas on the map that I was curious about. I once got into trouble when a neighbor ratted me out after discovering that I had high-tailed it six miles away. I’ve always felt wanderlust was something vital that binded you to a community. My heart flows with a great hunger to investigate every nook and cranny of any neighborhood I live in.

I learned yesterday that the pandemic has destroyed this essential part of me.

There was a place in Queens that I needed to be at. Anybody who lives off the 2 line in Brooklyn knows that the easiest way to get there is through one simple transfer move. In the Before Times, that free-wheeling maskless epoch now so inconsolably long ago, the switch between Hoyt and Hoyt-Schermerhorn was as easy as breathing oxygen. You’d shuttle up the stairs from the 2, walk a few blocks over, and descend into the subway system’s subterranean bowels to catch the A.

But yesterday, as I squinted into the early morning light, I found myself incapable of recognizing whether I was north or south. I didn’t seem to know where I was at. It was shocking. The stores along Fulton Street seemed as foreign to me as they were fourteen years ago, when I had first mapped Downtown Brooklyn’s bustling blocks onto my mind, pleasantly amazed that I was ambling down the same strip that Spike Lee and Ernest Dickerson had captured in beautiful black-and-white in She’s Gotta Have It.

Perhaps I was fated to feel confused because I had excavated four pairs of pants from the closet that very morning — slacks and trousers that I had not worn in a good two years and that I had replaced with more elastic jeans — and discovered that only one pair still fit me. My waistline had expanded under lockdown by a few inches. It was bad enough that the pandemic had saddled me with a burgeoning mass of neck fat that had nestled uninvitingly beneath my chin. I lost a lot of weight seven years ago and had always kept it off through exercise. But the exercise bike in my apartment, which I once used regularly with gusto, has lost any allure and now feels as tedious as taxes. My three hour constitutionals had been denied me. My long walks through New York didn’t feel fun anymore because, even with the double mask protection, my glasses still fogged up. Whenever I leave the house, my only choice to stumble blindly into a metropolis I love but can now no longer see, with everything five feet ahead of me rendered into some blur, the muddy vista of a previous city that now lurks only on the mnemonic fringes. The random social encounters and the trips to new places no longer exist. So any saunter feels tiresome. The only geography that most of us have are the cells we now call home.

Earlier this week, Ellen Cushing noted our collective decline in The Atlantic, pointing to an epidemic of people forgetting words or names and succumbing to absent-mindedness. Like Cushing, I can trace the decline of my motivation and my productivity to the grim cold of late December, in which the risk of hypothermia became the prerequisite for safe socializing. I saw my friends less. I dated less. Even when I did the math to meet someone in socially distanced real life, I would find that the date or the friend would backpedal at the last minute, disrespecting the two weeks of self-quarantine I had subjected myself to before meeting anyone (and only meeting one person at a time). Life increasingly became a relentlessly bleak calendar of entombed solitude. I would go weeks or months without smoking or drinking, only to take one or both up again. Anything to change the grim and hopeless cadences of routine. My mind and body atrophied. My progress on my audio drama and the wild novel that I had drafted in a gleeful three-month summer frenzy stalled. Without the social glue to keep me effervescent, there really wasn’t much point in doing anything. It didn’t help that looking for work was becoming increasingly demoralizing. I had always been able to land a job before with a phone call or, in a few daring cases, showing up in person, cracking jokes, and introducing myself. I was still able to play guitar. I started learning keyboard, but found that this was increasingly pointless. I obtained a ukulele at the start of this month, learned it fairly fast, and that lifted my spirits a bit. I became prolific on TikTok in an attempt to remedy some of the loneliness of living alone. I read books at a ridiculous rate, slamming back nearly a book a day during the month of February. But even that part of me surrendered to dismal pandemic perdition.

One year of this. Who knows how many more months? We weren’t built to live like this. But we have no other choice.

But I’m most disturbed by the fact that I can’t find my way in a city anymore. Even one that I’m deeply familiar with. I’m terribly alarmed that something that was as vital to me as food and water seems to be permanently lost. While Cushing ends her Atlantic essay on a sanguine note, I’m not sure if my synapses or hers are as plastic as she thinks they are. Even if we somehow hit the magical goal of mass vaccination by the summer, we cannot deny the reality that our collective mental health will take years, maybe even decades, to repair. Maybe there’s a case to be made for human beings showing more kindness and understanding to each other, given that we all know that nobody has escaped this pandemic without some kind of crippling toll. But I’m not so sure. Those who have been lucky enough to be vaccinated have developed signs of what I call “vaccine privilege,” where they are boasting about how invincible they are and eagerly making plans to be social while leaving the unvaccinated sad sacks in the dust. Selfishness seems to be an ineluctable part of the grim equation, perhaps more so now than ever. And we can’t even begin to rebuild our social fabric unless we relearn how to be there for other people and to include them. But many of us can’t or won’t be able to do this. Our vital parts have been deracinated. The qualities that once made us distinct are trapped in amber. What kind of community can anyone build when our personalities are so lobotomized?