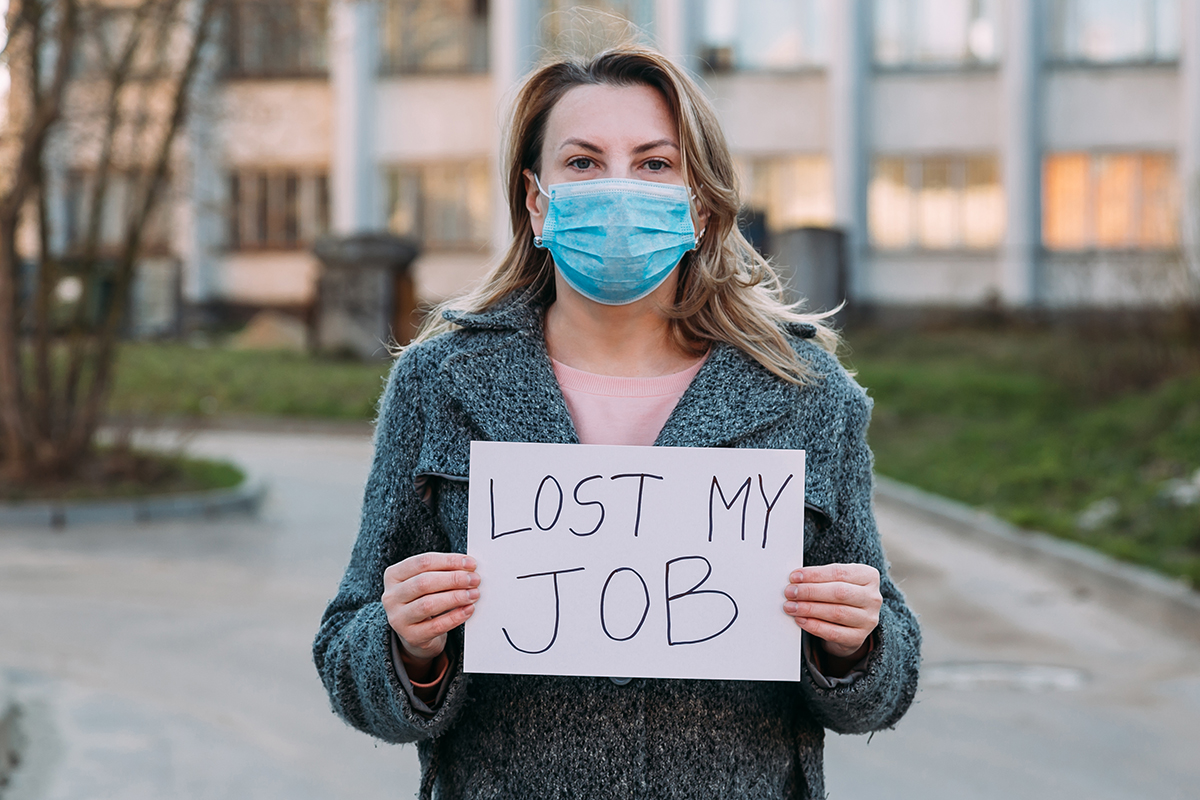 What it’s like to be unemployed in America right now.

The nine-month contract paid below market rate, but I went for it, under the theory that having some income coming in over time was better than scrambling for work. (I even turned down another shorter gig to make the nine-month contract happen.) Nine months would offer enough time for the pandemic to be theoretically at an end, with both regular life and the economy returning with a giddy vengeance. I offered five references instead of the usual three just to seal the deal. Got the job. Or thought I did. I signed the onboarding papers. I submitted my personal information. I received repeat assurances that the job was on. I looked forward to busting my hump as a content writer.

Then, after heading all the way to Astoria to resolve one part of the background check and just over a week before I was set to start, I got a phone call. In less than twenty-four hours, the agency had moved from texting “What’s the address to send the equipment to?” to a telephone call in which I was told, “The client has decided against hiring people for the position.” As much of a cruel last-minute act of disrespect as this was, I somehow wasn’t upset. Maybe I’ve become dead inside. Maybe it’s adjusting to the brusque reality of living during the apocalypse. Maybe it was an unanticipated side effect from getting the first Pfizer shot the day before.

I do wonder what the point of looking for work is. Because I’ve never had problems like this before in my life. Never. I’m not lazy. I’m a go-getter. And I’ve never been fired from a job. I even landed work during the Great Recession.

Yet I still look for work. Every weekday morning like clockwork. This is easily the most demoralizing job hunt of my life.

In the past year, I’ve applied to more than 700 jobs and can’t seem to catch a break. It doesn’t matter how targeted my cover letter is. There are just too many applicants for every job. You rarely hear back from hiring managers. And even if you go around a hiring manager and talk to people who work directly in the department and get them excited about the possibility of you being a co-worker (as I have done several times), it really comes down to the whims of hiring managers, who seem to thrive on the petty despotism of being a small-time tyrant squeezing wages and breaking the down-and-out when not subjecting candidates to callous indignities. Honestly, I’ve known bill collectors and criminal prosecutors who possessed better manners. Even the automated Phil from ZipRecruiter is far more respectful.

Since I started my quest for work, I have been the victim of an elaborate identity theft scam. I was proud to work at a vaccination center for a week. I enjoyed cheering up numerous nervous people who were getting their first shot in the arm. And, as such, the twelve-hour shifts flew by fast. But then the agency that hired me started playing games. They would text me a shift and, just as I was replying to the text message (a mere three minutes later), they would pull it. There was the audio production company that said that it would send me a job offer after I aced a lengthy Zoom interview. And then the company ghosted me. I came very close to getting an audio producer job at another place. Took the editing tests and everything. But they went with the other candidate. Now I’ve had this nine-month contract dangled in front of me and pulled away. Much in the manner of a sociopath torturing an ant with a searing magnifying glass.

No matter how justifiably confident you are of your professional abilities (and I have more than twenty years of experience to back it up), this all does a number on you. Especially now, as life as we once knew it is locked in amber. I’ve had nights where I’ve cried and imbibed too much scotch. And this too is embarrassing. Because others out there are much worse off than me. I’ve been nimble enough with my finances to pay my rent on time and remain debt-free. The fine freelancing art of cutting costs and living like a grad student. But who knows how long that will last?

When I started venting about my job-hunting woes on TikTok, an unremarkable person in Maine lathered up her peers and led a cyber-bullying campaign against me. An easy target for a garden-variety sociopath who, lacking any real life, lashes out at others with unbridled selfishness. So I know for a fact that anything I have to say here really doesn’t matter. But I’m one of 10.1 million Americans who feel this way. One of many Americans with a hard thumb on his mental health and his emotional wellbeing. But sometimes your grip slips and you reach for the bottle and you can’t leave your bed or call your friends. You certainly can’t tell anybody about the pain you’re fending off or the hell you’re going through. It’s a bit like the bleak joke in Richard Aldington’s Death of a Hero, in which there was no sympathy for returning soldiers. You have shell shock? Who cares? Everyone does.

Being unemployed is only one step above being homeless. You’re something of a leper and a walking slab of shame to those who have lucked out enough to keep their jobs during the last year. And you wake up the next day for more indignities. More automated replies (if you’re lucky to get these) from people you know you could have won over if they had only given you a shot. A stronger sense that, despite your best efforts, there isn’t a future for you. Merely a tenuous present.