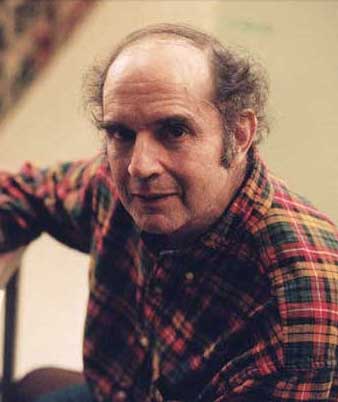 Harvey Pekar, the comic book writer best known for the long-running American Splendor, died this morning in his Cleveland home. He was 70 years old.

Pekar was devoted, more than many of today’s lifeless literary practitioners, to depicting the truth behind everyday moments. And it is especially painful to know that Pekar’s passing comes a little more than a month after David Markson’s. Like Markson, Pekar knew that life didn’t offer any tidy resolutions and that art, even at its best, served as an intermediary. “Ordinary life is pretty complex stuff,” he would write most famously. It was one of the key lines that made it into the 2003 American Splendor film adaptation. But the film, as great as it was, couldn’t compete with the work on the page.

Pekar was not the type to pull punches or avoid the harsh truth. He wrote fearlessly about his testicular cancer scare, his failings with women, his anger, and his inadequacies. But his work was never solely about a lifelong exploration of the self. He wanted those who read his work to understand the world. For Pekar, that universe was Cleveland. And Pekar demonstrated that it was hardly just some flyover state to be overlooked by the bicoastal snobs. He described the hopeless art of trying to pick the right checkout line when standing behind an old Jewish lady. He wrote about Emil, the Ukranian laborer who lived next door to him in the mid-1960s, moved into a rough Cleveland neighborhood, and saw his idealism dissolve into racism. Of his jury duty experience, he would point to the hypocrisies of “rich people like Nixon and Agnew” staying out of prison while poor people were thrown into the slammer for less serious crimes. These anonymous lives presented stories that were just as important, but more recklessly forgotten.

Pekar’s later volumes became more ambitious than these Cleveland chronicles. There were graphic histories featuring Students for a Democratic Society and the Beats. With Michael Malice and Macedonia much like Emil, Pekar investigated the hypocrisies behind idealistic commitment. But regular people remained very much a priority with an adaptation of Studs Turkel’s Working.

Righteous indignation was an essential part of Pekar’s work. (Indeed, one story from 1986, “Hysteria,” depicts Pekar getting so worked up that he lost his voice.) But he did have a good deal to be angry about. Here was a very sharp autodidact toiling as a file clerk, who was often needlessly ridiculed. The most infamous scorn came from David Letterman, who booked Pekar on his show so that he could lob potshots at the weirdo he never bothered to read or appreciate. These regular appearances ended when Pekar got sick and tired of being the butt of the joke, shortly after he rightly condemned Letterman for his ties to General Electric. He would write about this experience in 1988’s “My Struggle with Corporate Corruption and Network Philistinism.”

But even Pekar’s most vocal mainstream supporters didn’t seem to ken him. I know this, because Pekar contacted me by telephone to talk about it. With Dean Haspiel’s help, he sought me out shortly after I had written a blog post in his defense. The Los Angeles Times‘s David Ulin claimed that Pekar was writing too much in his later years. But Ulin had failed to note 2005’s The Quitter, which I declared “an inarguably raw and mature portrait of a younger Pekar developing some of his anger while being tormented on the Cleveland streets.” And he had failed to cite anything specific in his criticisms.

He was. He took any gig he could and he did his best to offer something worthwhile. And should a man be condemned for his work ethic? Not when he’s constantly contriving new ways of staying fresh. Pekar employed eclectic artists to keep his stories new. There was Rebecca Huntington’s photorealist approach in the 1988 story, “I Don’t Wanna Seem Judg-Mental, But…,” the dependable boxiness of longtime collaborator Gary Dumm, Val Mayerik’s free-form frameless approach in 1985’s “A Marriage Album,” and, of course, those early innovations with R. Crumb. He was often quite generous in soliciting other artists to collaborate with. And the artists were very often supportive in return. In later years, he would refer to Dean Haspiel as “my agent.” Haspiel helped Pekar to book gigs as the post-retirement medical costs accumulated.

I was lucky enough to talk with Pekar very early into The Bat Segundo Show. I was new at this interviewing business at the time, but I did ask the man why he continued to use the “STRAIGHT OUT OF CLEVELAND!” line for so long during the American Splendor run. And he told me that he had always intended this declaration as an alternative to superheroes. And indeed, why bask in nothing more than spandex-soaked chronicles when the real world has never had to retcon its glaring realities? A comics world without a new Harvey Pekar volume every year will be a much sadder place. For Pekar wasn’t just some gloomy guy. He was a committed cultural chronicler.