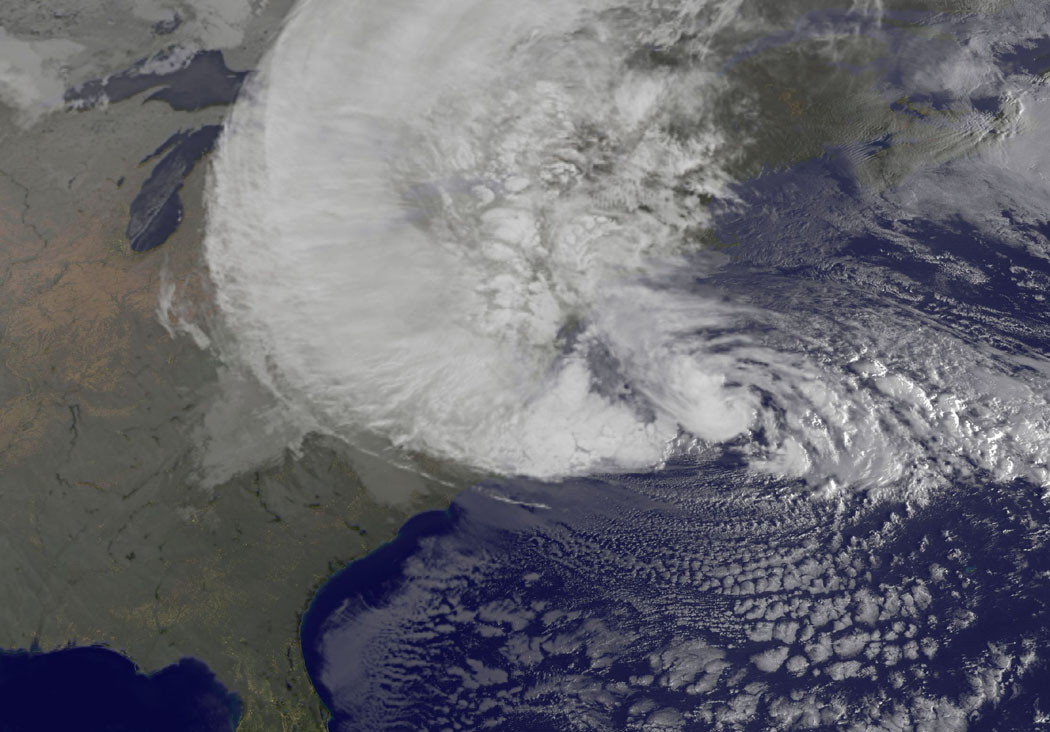 Twitter was instrumental in conveying information during Hurricane Sandy, but free speech is too important to criminalize the trolls.

As Hurricane Sandy ravaged a vast swath of the Northeast on Monday night, a hedge fund analyst and conservative troll named Shashank Tripathi was spreading misinformation on Twitter under the handle @comfortablysmug.

In a barrage of tweets all beginning with the mealy allcaps cry BREAKING, Tripathi claimed that Con Ed was shutting down all power in Manhattan, suggested that Governor Cuomo had been trapped in Manhattan, and declared that the New York Stock Exchange was flooded.

While many authorities and journalists swiftly corrected Tripathi’s pathological lies (including Con Ed’s official Twitter account), Tripathi’s 140 character dispatches were retweeted and favorited by enough people to become a problem. Gullible media professionals like CNN meteorologist Chad Myers and The Weather Channel’s Bryan Norcross reported the NYSE prevarication as truth. Tripathi’s true identity was exposed by BuzzFeed’s Jack Stuef. Not long after, a vocal lynch mob formed sharp pitchforks with their tongues. Tripathi offered an apology on Tuesday night after many hours of silence.

Tripathi’s deceitful tweets have led to a vibrant discussion on how Twitter works as a medium. While many television reporters opted for the aesthetic allure of standing in a flooded area with tall boots and flapping windbreakers, Twitter proved an invaluable and more constructive medium to seek out and confirm leads. People who lived in devastated areas were understandably keen to communicate what was happening, with the information promulgated at a swift and unprecedented rate. As the storm crept its way past the coastline, users were uploaded ten pictures per second to Instagram. Over the course of 21 hours, there were more than 1.1 million Twitter mentions with the word “hurricane.” Of course, it is a universal truth that a hungry Internet in want of more information will invent what it can to cope.

The misinformation spread through text was matched by misinformation in imagery, with The Atlantic‘s Alexis Madrigal establishing an online forum to distinguish true photos from the doctored ones. Such resources as Madrigal’s page demonstrated how false information could be equally combated with a healthy dose of skepticism and a small amount of research.

New York City Councilman Peter Vallone wants to put a stop to all this. On Tuesday night, he announced that he wants to seek criminal charges against Tripathi. But why stop there? Does not CNN and The Weather Channel also bear some responsibility for failing to corroborate Tripathi’s tweets? Furthermore, should not free speech extend to a fake storm’s declaration of wanton corporate destruction?

But we really don’t need to dabble in silly rhetoric. Because Vallone doesn’t quite understand the way the law works. Oddly enough, much like Tripathi, Vallone prefers speculative sentiment and attention over the facts. And while Vallone has every right to tweet what he wants, he is regrettably not as amusing as a pumpkin spice hurricane.

The common parallel being trotted out is Oliver Wendell Holmes’s famous opinion in Schenck v. United States, in which he noted that “the most stringent protection of free speech would not protect a man in falsely shouting fire in a theater and causing a panic.” This condition created a “clear and present danger” limitation in American free speech which endured for fifty years. Yet the “danger” inspired by Tripathi’s trolling was quickly stubbed out by authorities and journalists who reacted and corrected and rightfully questioned the source.

Vallone offers the “fire in a crowded theater” example in his remarks to Buzzfeed. But this is incorrect, reflecting a paraphrased standard of Holmes’s opinion that was replaced in 1969. If one shuttles forward to the “imminent lawless action” standard established with the Brandenberg v. Ohio ruling, Tripathi’s tweets become even more difficult to criminalize. As First Amendment Scholar David L. Hudson, Jr. noted on the fortieth anniversary of Brandenberg, imminent lawless action did not apply in NAACP vs. Claiborne Hardware Co. when a NAACP field secretary threatened violence against those who refused to boycott white businesses. Moreover, in Rice v. Paladin Press (1997), the 4th US Circuit Court of Appeals upheld the right of a publisher to print a manual on how to kill people. Tripathi didn’t go nearly as far as either of these cases.

The problem resides with belief culture and the ongoing erosion of journalistic standards. We’ve seen examples of this with ABC News’s misreporting in the Aurora shooting and Tony Scott’s death, as well as CNN and Fox News announcing the wrong Obamacare verdict in June. If Tripathi must be tarred and feathered by wild-eyed councilmen from Queens who don’t understand free speech law, then we must also extend the batshit vigilante impulse to CNN’s Chad Myers and The Weather Channel’s Bryan Norcross, who were just as culpable in spreading misinformation.

I’d like to propose a saner and more reasonable alternative. Instead of seeking a scapegoat to drown in the Gowanus Canal without a fair trial, why not educate the public in critical thinking? If the information is wrong, it should not matter whether it emerges from a troll or a CNN anchor. Why not trust the people to distinguish between outright lies and hard facts? Common sense pulled the Northeast through the largest storm ever recorded. It can also defeat the online trolls, whether they are hedge fund analysts with too much time on their hands or Queens councilmen who prefer spewing ignorant drivel over community leadership.