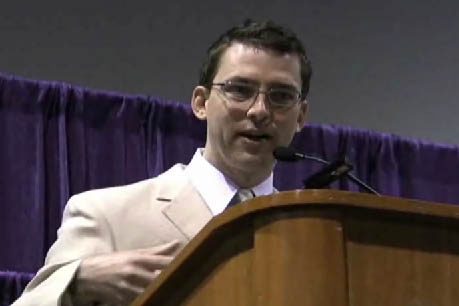 In the wake of Kirkus Reviews‘s folding, I asked Booklist senior editor Keir Graff a few questions on the future of book review publications. He was very gracious and offered considerable answers.

Do you foresee Kirkus‘s closing having any editorial impact on present Booklist editorial policies? Will you be expanding your reviews? Changing the tone? Attempting to fill in any gaps left by Kirkus?

Interesting question. Ron Charles eulogized “the last reliable source of negative reviews.” And, accurately or inaccurately, there is a definite perception of Booklist reviews as being “positive.” This is because of our recommend-only policy, which, briefly, means that we only review books we can recommend. Our core audience is librarians who use our reviews to buy books. And when the policy was implemented, the thinking was that, by publishing reviews that ended with a “do not buy,” we were wasting librarians’ valuable time.

Of course, the uses of Booklist reviews have evolved, and they are now used by readers’ advisors, licensed to Amazon, etc. And, as those uses have evolved, the concept of “recommend-only” has evolved, as anyone who reads our Upfront reviews knows: there are books we recommend because there will be patron demand, but that we think are horrible, and we say that — hopefully helping larger libraries know how many copies to buy.

But the short answer is that we won’t suddenly be doing more negative reviews. Despite the economic downturn, we have been able to review more books with each passing year, in part by reviewing more of them online. And while Kirkus‘s demise certainly leaves the whole industry poorer, I imagine there may be an opportunity in trying to fill the gap for Kirkus‘s subscribers. Our format is different, but for the harried Hollywood development exec, the volume and breadth of our review coverage could help fill a void, I’m sure.

(For more on our reviewing policy, you can go here.)

What is Booklist‘s present prognosis? Do you feel the worst has come to pass? Is there a timetable in place concerning Booklist‘s commitment to the future? Do you plan to maintain the present levels of compensation to reviewers?

Our fiscal year runs September to August, and the last fiscal year was, as you might guess, pretty awful. We’re doing better this year, especially in terms of new initiatives such as e-newsletters and webinars. And by using the word “initiatives” I have just sounded I work in marketing. But, yes, the worst has come to pass — at least for the foreseeable future. There is no timetable, but as we draw up next year’s budget, we’re going to have some big-picture talks about the future. The online environment is pretty key to all of that. Our compensation to reviewers has always been very modest, almost an honorarium, but we have no plans to cut it. (And we do pay our bloggers!)

You have reached out to the online world with your blog and through Twitter. Have these had any unique effect on Booklist? Do you see Booklist stretching out more of its review coverage into online waters? Concerning the balance between news and reviews, do you feel that Booklist needs to work more on the breaking news front to attract eyeballs and readers? If so, why?

Yes, we now have five blogs and two twitter feeds. That, and the free content on Booklist Online, have both helped us reach a wider audience and helped that audience reach us. We’ve always felt that Booklist reviews, though written for working librarians, could appeal more to the general public, simply because they’re written by smart book lovers who use rich language to make their points. But because Booklist is not available on newstands, we had a hard time reaching that public during the print era. Online, there have been great opportunities to broaden our reach without commensurate cost. Perhaps ironically, though, our biggest successes haven’t had to do with social media, but have come through plain, old e-newsletters.

Earlier I said that we’re reviewing more and more books, and this has been possible through our Booklist Online Exclusive reviews. In 2006, we published 32 of them; in 2007, 185; in 2008, 669; this year, 1,205. We’re able to quickly turn around embargoed and hot-topic books but also to flesh out coverage of the kind of meat-and-potatoes titles that libraries need to know about but that we might not have room for in the print magazine (for example, a brief mention of book 7 in a long-running hardcore sf/fantasy series). (All of our web-exclusive reviews, by the way, are made available for free via our Booklist Online Exclusives newsletter.)

Covering breaking news has never been our primary mission. But, yes, once you’re online, you need to keep current, and book reviews and author interviews will only get you so far. Our bloggers do use other peoples’ reporting as a way to link to our content. For example, when awards are announced, we often publish the list with book titles linked to our reviews. But because our web presence is only one part of our publishing program, we’re not in a desperate race for eyeballs the way, say, Gawker Media is.

How important are reviews to Booklist’s long-term strategy? Have we reached a point in which prepub reviews have less of a valid position in the marketplace? Or do the present financial hits upon book-related publications have more to do with other economic developments? If so, can you identify these and explain your position.

Book reviews remain central to our long-term strategy. Given our mission, helping librarians decide which books to purchase, any radical change of direction would be like breaking a contract. Librarians need and use our reviews, as we’re reminded every time we go to a conference.

As you know, the topic of print vs. online, of The Man vs. The Bloggers, has been talked to death, often in terms as unfortunately oversimplified as those I’ve just used. And in defending the importance of what we do, I’m leery of getting drawn into that unwinnable argument. I believe that coexistence is not only desirable but essential to a healthy literary ecosystem. Publishers can get excited about the immediacy of much of the blog coverage they get: they send out books, and all of a sudden reviews start popping up. Some of them are thoughtful and well written, like yours, and some of them are excited summaries by fans. All great. We can’t compete with that because we receive them, assign them to reviewers, send them, edit them, lay them out in print, format them carefully for online, etc. — but by the time they’re published, they’ve passed through many hands and received the benefit of a great deal of collective experience and perspective. Old-school crowd-sourcing, if you will.

I think, too, that journals such as Booklist, Kirkus, Library Journal, Publishers Weekly, all in some way perform the kind of function that newspapers do, or should, or used to, which is to offer readers a selection that they wouldn’t necessarily have thought of. Much is made of the web’s ability to give people exactly the experience they’re looking for, and that’s exactly why people should be wary of it. So it’s my belief that niche or specialist or genre blogs are terrific but should be balanced by some more general-interest reading, which, at least in terms of book reviews, is what we offer.

But back to your original question, which was about the marketplace: many people have questioned of late whether a New York Times review can actually sell books, and many people have said it cannot. But because prepublication reviews are written expressly for people who buy books, they do sell books. Maybe one starred Booklist review only sells a few thousand books (anecdotally, I have heard this is the case); taken altogether, that becomes a significant amount for any midlist title, while also providing the early buzz that can help a book gain momentum. But maybe the true relevance of prepublication reviews will only be known once they disappear from the landscape, and, at that point, I suspect that many publishers would be desperate to get them back. After all, they can send one book to Booklist and reach tens of thousands of readers (both via print and online). They often send books to blogs whose regular readers number in the hundreds.

I’m no financial expert, but it appears to me that Kirkus‘s immediate failure, and the troubles of any other prepub journals, can’t help but be tied to the fact that it’s a precarious climate for business in general, a precarious business climate for magazine publishing, and a precarious climate for book publishing as well. Add that to publishers’ fears of missing the boat with new technologies, new business models, etc. — even when they’re not sure where the boat is going — and it’s no wonder that advertising support for print publications has suffered. Although, as I said, this year has been better for us than last.

At Booklist, while we’re somewhat insulated from the full, Darwinian reality of corporate ownership, we do need to earn a profit to help fund the activities of the American Library Association. Like everyone, we’re working harder and have had to do more with fewer resources.

Five years from now, what will the environment of magazines and publications, mostly devoted to book reviews, look like?

Boy, do I wish I knew. It’s going to be a lot leaner, and using a lot less paper. But Booklist will still be here, reading and reviewing away.

(Our motto: “We read everything so you don’t have to.”)