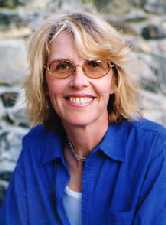 Inspired by recent memoirs from Erica Jong and Edmund White, acclaimed writer Jane Smiley promises that you’ll be seeing a side of her you’ve never seen before with her upcoming memoir, The Notches On My Bedpost. “People think that because you write about horses all the time or your letters get published in the New York Times that you don’t have much of a sex life,” said Smiley, in a recent interview with The Paris Review. “Well, dammit, Erica Jong has nothing to compare against me. Martha Stewart’s husband? Why, I fucked Martha Stewart!” Smiley’s statements have stunned the literary community, who were eagerly awaiting another benign volume about horses that they could discuss with their book clubs. New Yorker editor David Remnick is equally remiss. “If Jane wants to go down that sensationalistic road, well, we won’t be publishing her in these pages.”