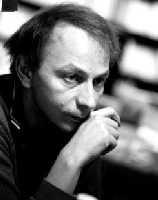 In an interview with Le Monde Diplomatique, Michel Houellebecq revealed that he’s grown tired of shocking literary audiences. “I got to a certain point in my career and realized that beneath the tawdry revelations, there’s a kinder, gentler Hoeullebecq,” said Houellebecq, who had also recently given up smoking. Houellebecq, who is now considering becoming a monk, is now writing a novel with “cute and cuddly animals” and promises that it will offend nobody. He is also in talks with Disney about adapting Whatever into a G-rated film adaptation. “It’s the toughest thing I’ve ever had to write, but this should be something you can take the whole family to see. I’m even giving the narrator a name.”