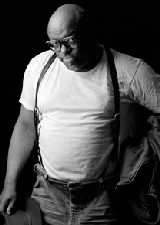 Stanley Crouch, who slapped Dale Peck in a restaurant in July 2004, has been spending the past year and a half determining which authors that he should slap next. “I’ve whittled it down to twelve names,” said Crouch. “But I’m hoping to hone it down to ten. Nobody disses Stanley Crouch.” When asked to reveal these names, Crouch remarked that there would “be a few surprises” and that he was not at liberty to say who they were.

“The problem is that plotting the slaps has kept me from writing more books,” said Crouch. “But once I get the violence out of my system, I plan to write more lackluster novels.”