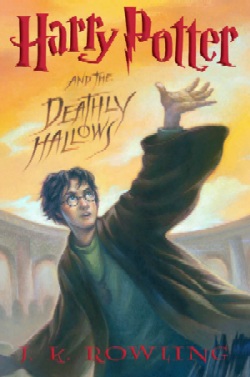 An advanced copy of the seventh Harry Potter volume, Harry Potter and the Deathly Hallows, unexpectedly made its way into the hands of longtime fan Harriet Schultz, a 14-year-old girl in Milwaukee. Schultz, who finished the book a week ago, has done nothing but cry after learning that Harry Potter is allegedly gay. The moment occurs on Page 530, when Harry reveals that his favorite band is the Scissor Sisters and begins to demand that the Hogwarts begin ironing their shirts.

“How else do you explain that limp-wristed signal to the sky?” said a noted conservative resident who refused to give his name. “Forget witchcraft. J.K. Rowling has had this agenda all along and, as a concerned parent, I think we’re all entitled to a few answers.”

Rowling and Scholastic could neither confirm nor deny that Harry Potter was gay.

“Well, he doesn’t actually say that he’s gay, now does he?” said Harold Bloom, who called our office because nobody had quoted him for an article in a long time and he was in great need of attention. “I still find these books to be trash, but it’s of great comfort to learn that Rowling has become somewhat familiar with William Empson.”