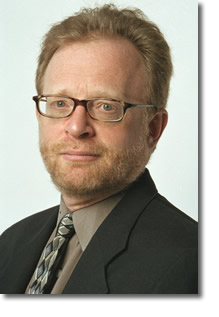 Literary enthusiasts were shocked to learn that a video of New York Times Book Review editor Sam Tanenhaus and prominent litblogger Edward Champion had been released to YouTube. The two men are seen smiling and laughing, and then hugging each other. The tape cuts out at the 2:14 mark, just as the two men appear to be initiating a French kiss.

“Again, this demonstrates that the Internet is sub-literary,” said Tanenhaus, who claimed that the man on the tape was an impostor. “I am under no obligation to acknowledge that litblogger’s hugs.”

“What can I say?” said Champion. “Sam and I have a love-hate relationship. You’ve only seen the hate part. Deep down, Sam’s a good guy.”

Prominent litbloggers were prompt in their reactions, accusing Mr. Champion of selling out to get a reviewing gig with the New York Times Book Review.

Deputy editor Dwight Garner, however, had this to say: “Hell will freeze over before that edrants guy is published in these pages. You have my word on that. I don’t know what’s going on with Sam. He seems unwell these days. But that’s his business, not yours.”