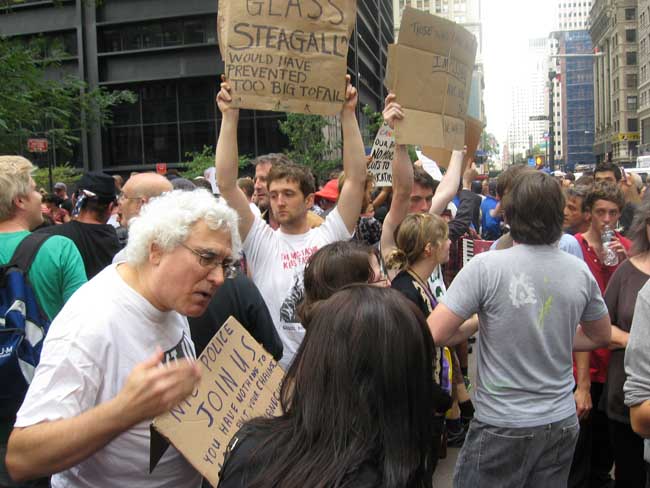 The crowd density at Occupy Wall Street had thickened quite a bit from earlier in the week. Here’s a photoessay from Friday afternoon.

On Friday afternoon, the crowd density at Occupy Wall Street had thickened quite a bit from earlier in the week. Many of the new attendees were journalists. I counted close to thirty media types as I canvassed Zuccotti Park, watching TV vans and cameramen and reporters taking notes on their notebooks and BlackBerries. I saw NY1, CNN, Slate, a concatenation of outlets I had not seen when I hit the park on Tuesday.

“Cough drops!” barked a man with several lozenges in his hand. “Get your cough drops! So when CNN talks with you, you’ll have a clear head for your ideas.” 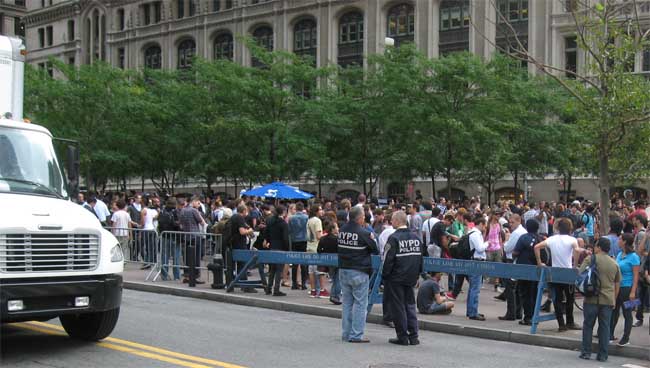 I hit Zuccotti Park in the late afternoon: just before a march upon NYPD headquarters. I estimated the crowd at a few thousand. More poured into the park, some lured by the prospect of a rumored Radiohead appearance at 4PM.

While the park’s perimeter remained open to pedestrian traffic and the cops remained fairly calm (perhaps due to the heightened media), I wondered it the increased media attention would cause more people to come, testing the limits of occupation. I also wondered what plans the NYPD had in store. Cops clad in riot gear? By now, a hackneyed effort to intimidate. Yet across the street from the park, I noticed a badly dressed undercover cop, wearing sunglasses and very much on his own, feebly pretending to be an activist with brand new crutches and a limp that didn’t match the way he was clutching his aluminum. 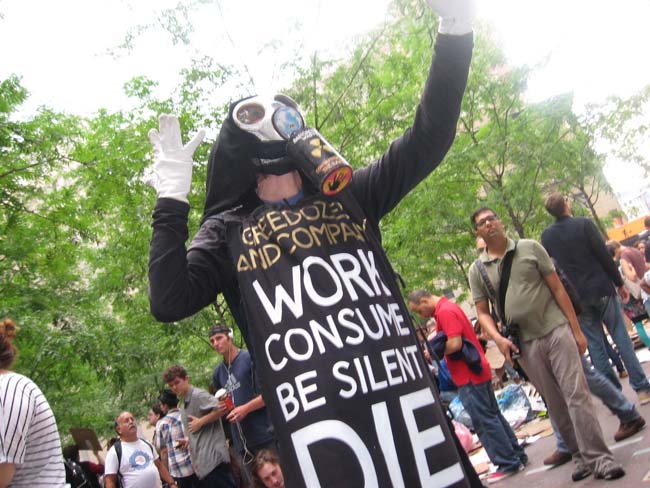 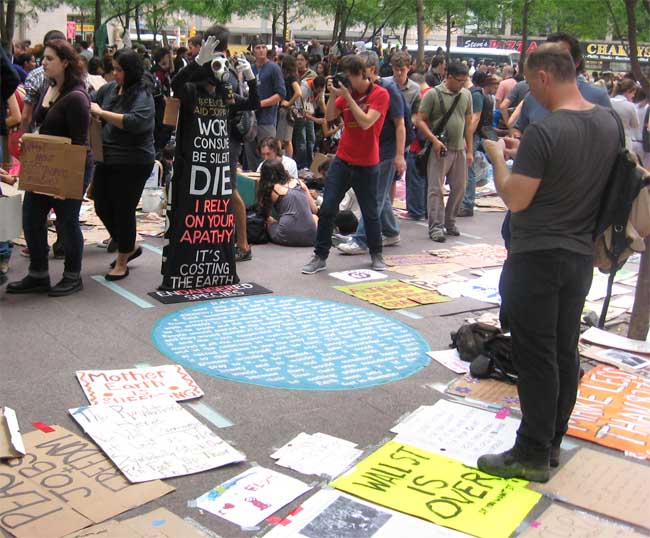 When attending a large-scale event, it is often my practice to stand in one spot and listen to the surrounding people. The protesters were fully aware that they were putting on a show. Many greenhorns — some considering themselves journalists — had come to gawk. Their intent was to document. They wondered why these people were still sticking after two weeks. Some of the bona-fide journalists appeared to be mystified about why they had been assigned this story. 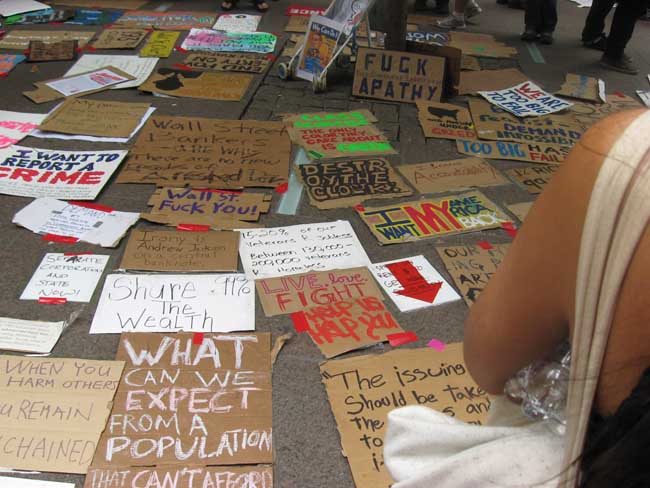 If these slogans and sentiments on cardboard and posterboard appear flip and cliched, what then is the best method to get a message across? In recent days, there has been a modest debate about whether the protesters should dress up and improve their aesthetic. 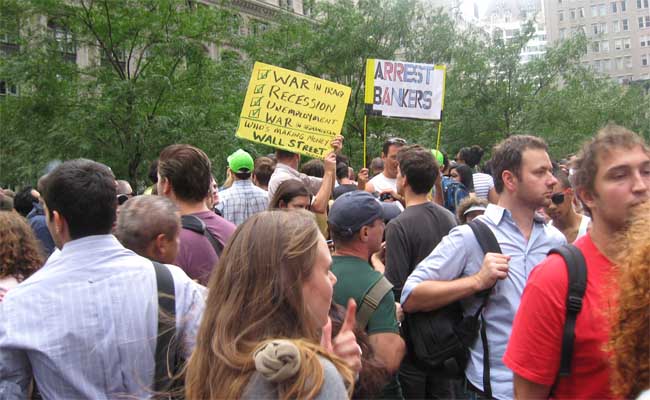 But from what I have seen in my visits to the park, it isn’t just scruffy kids wearing tie-dye tees. There are many lingering into the park from their day jobs, wearing dress shirts and backpacks. I suppose your sartorial flair depends on the degree to which you’re participating and how long you stick around. (For my own part, I was wearing a red George Orwell shirt.)