A kid eagerly opens his Xmas present. His eyes light up with happiness and great shock. How did his parents manage to pull it off? It’s an Xbox! Something that the kids down the street have and that mock him for not having. But his parents somehow pulled all their pennies together and came through.

“Open it!” screech his parents, knowing that the kid’s about to get a surprise. 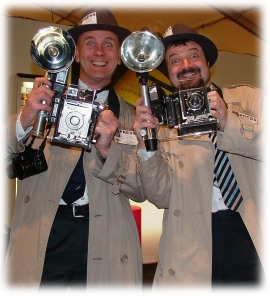 And the kid rips open the cardboard, only to find that within the box are a handful of shirts.

You can find the video here. And I find it appalling that these parents would not only commit such a despicable act of cruelty, but that they would record this on camera for posterity. (If they couldn’t afford the Xbox, how then could they afford the camera?) There is simply no morally justifiable reason for this behavior. Class doesn’t excuse it. And with the parents constantly referencing their social station, we truly see just how trapped this kid is. Not by class, but by neglect, an inability to emphasize with one’s fellow humans, and a wholesale justification of psychological torture. The disturbing question I’m dwelling upon after watching this video is just what the kid will learn from being photographed like this. Will he emerge psychologically troubled? Will he then in turn capture his misdeeds with a video camera?

I can’t help consider this cruel act of domestic terror in relation to additional cruel photos that were unleashed the other day ago at Wired. The photos — new ones from Abu Ghraib — were presented because psychologist Philip Zimbardo planned a talk around them. Zimbardo was the man who administered over a famous Stanford experiment in 1971, in which students acted as prisoners and guards and the “guards” began abusing the prisoners, demanding that they strip and perform sex acts. He’s come out with a new book on the subject, The Lucifer Effect: Understanding How Good People Turn Evil. But aside from pondering why a person would turn to outright cruelty, I want to know why these people also feel the need to record these acts for posterity.

In one of her last essays before her death, Susan Sontag had a few ideas on this subject. She suggested that the Abu Ghraib photos reflected something particularly troubling in American culture — that “the horror of what is shown in the photographs cannot be separated from the horror that the photographs were taken — with the perpetrators posing, gloating, over their helpless captives.”

But I don’t think this impulse is limited to war. I think the impulse to photograph or videotape a cruel misdeed is now indelibly interwoven into the American psyche. The camera is now a device that offers anyone total justification for being entirely removed from human emotion. We’re not allowed to get involved. We’re supposed to be objective reporters, even if it involves removing ourselves from our own abject acts. And if you express anything remotely subjective or if you actually give a damn in any way, you’re considered to be a stain upon the great American journalistic quilt.

I conducted an interview not too long ago in which I had to stop tape. The things we were talking about made the interview subject cry. And I couldn’t in good conscience continue the interview and remain “objective” about it. The man was in pain. And I cared too much. Off tape, I asked the man if he was okay. He insisted that he was. But we had clearly gone down a dark road. When the interview was over, I spent a good hour considering the ways in which I had brought out this man’s emotions, damning my apparent gift for gab. My girlfriend listened as I condemned myself for getting these answers. As I blamed myself for his pain. Is this what it means to be a journalist?

I’ve yet to master the podcast. I know that when I listen to this audio, I’ll have to experience his pain again. But I also know that I have a journalistic obligation to portray this pain for my listeners. Because it’s a story that everybody needs to hear. But I also wonder if I’ll reveal myself — even in a small way — to be just as terribly removed as these parents and these soldiers are.