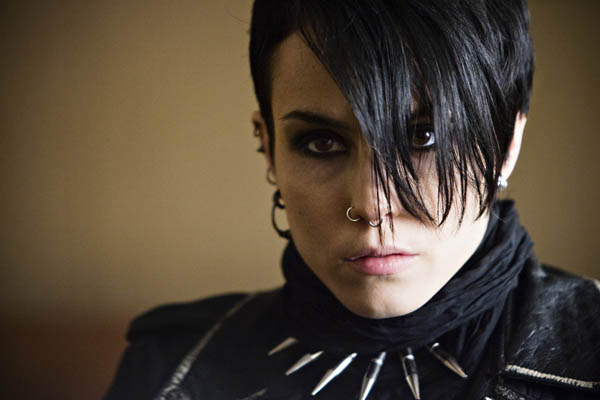 The third film in the Millennium trilogy doesn’t quite live up to its two predecessors.

In my review of The Girl Who Played With Fire, I expressed my disappointment that writer Jonas Frykberg and director Daniel Alfredson had failed to include one moment relating to Billy’s Pan Pizza — that mysterious Swedish brand that could rev you up for a day of stealing motorcycles while your name was being smeared in the newspapers. While an unidentified pizza brand does factor into two moments of The Girl Who Kicked the Hornet’s Nest, the third film in the Millennium trilogy, I regret to report that these pizza moments fail to revive a cinematic snoozefest. One curious facet of the Millennium film trilogy is its inverse ratio to the books. As the books get better, the movies get worse. It’s a great disappointment to see our beloved Blomkvist played by Michael Nyqvist as if he is a narcoleptic. There were several times in which I felt compelled to brew a pot of coffee and send it through the screen. It’s also incredibly sad to see the page-turning trial scene transformed into commonplace courtroom drama, which isn’t helped by the film introducing a cost-cutting scene in which the judge orders all non-essential people to leave the courtroom due to the private nature of the matter. (Nice way to cut down on extras. But, man, does that grand courtroom look so lonely!)

The film appears to have suffered a severe shortfall in financial resources. It looks and feels cheap. Aside from the trial scene, it is so cheap that an early moment in the book, offering a reason for Blomkvist and Berger to spend the night at a hotel after some unknown nutjob has messed with Berger’s car, has been excised — presumably because the filmmakers couldn’t afford the car. The spontaneous decision for casual sex has no motivation (and furthermore, if it’s all for crass tits and ass, it’s seen off-screen!). During the press conference and paparazzi moments, there are laughably scant reporters covering this major news story. Larsson’s lurid book worked so well precisely because it demanded to be read as a pulpish opera. But little ambition can be found in this film adaptation.

Unlike the previous two films, the photography here is pedestrian, often containing little contrast or pizazz (this being a production originally made for television) save for a scene within the Constitutional Protection Unit in which cinematographer Peter Mokrosinski lights a cross on the wall behind Blomkvist and a window light hitting against the wall behind his interlocutors. These moody touches would have worked well, had there been more placed throughout the movie. Alas, it is not to be. For goodness sake, the novel constantly makes reference to “a glass cage” that Salander works in. Larsson, for all of his silliness, gripped us because of his hyper-specific detail, which often extended into the visual.

But it isn’t just the lackluster visual execution that sinks this movie. The film’s main problems are with Frykberg’s script. The compelling stalker subplot in the book, in which a creep is sending Berger emails reading WHORE, has been severely downplayed. Not only has the Svenske Morgon-Posten newspaper been eliminated (thus neutering the book’s competitive attitude about journalism, which nicely balances Salander’s redemption), but by merging the SMP subplot into Millennium, the total staff has been reduced to about four people. Thus, there’s hardly a threat or even a red herring (the lovely character Holm) for us to care about. And the stalker’s emails contain relatively silly messages compared to the book. Instead of the novel’s threatening messages (YOU’RE GOING TO GET FUCKED IN THE CUNT WITH A SCREWDRIVER. WHORE!), we get YOU SLEEP WITH THE LIGHT ON? ARE YOU SCARED? I get emails like that all the time. Not from enemies, but from friends. So when Millennium responds to these emails with hysterics, you have to wonder if some harmless YouTube cat video will be enough for them to file a restraining order.

The movie is better with Niedermann (that unfeeling giant who likes to sneak up behind family members and cheerfully announce, “Hello, little sister”) than the book is, balancing the blond titan better against the many subplots. But the women in this film aren’t nearly as badass as they are in the novel. (And on this point, screenwriter Frykberg doesn’t offer much of an alternative. Because he has watered down the subplots where women fight back, he has diminished the women — a strange choice in light of the novel’s curious gender politics. Oh well, let’s hope that Fincher and Zallian make this work, should they adapt the last two books into Hollywood movies.) Because the Berger stalker subplot has been toned down, we never get a chance to see her confront the man who’s harassing her. And because this is a cinematic medium, we don’t get anything close to Salander’s internal thoughts within the novel. She’s more of a laconic type who takes in what occurs around her when she isn’t using slings to stretch her legs against the bed (another cost-cutting tactic that cheapens Salander). This gives the perfectly capable Noomi Rapace very little to do. Sure, I liked her Goth appearance in the courtroom. But anyone who has read the book know that, with Salander, looks aren’t everything.

I enjoyed the first two films. But The Girl Who Kicked the Hornet’s Nest lacks the vitality that was there in the novel. It seems more of a contractual obligation rather than a fun pulp ride.