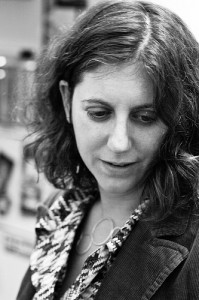 In this 40 minute radio interview, novelist Marcy Dermansky discusses Bad Marie, French geography, potential alliances between authors and copy editors, and people who ask you to sign books for Alexa.

Marcy Dermansky appeared on The Bat Segundo Show #343. Ms. Dermansky is most recently the author of Bad Marie.