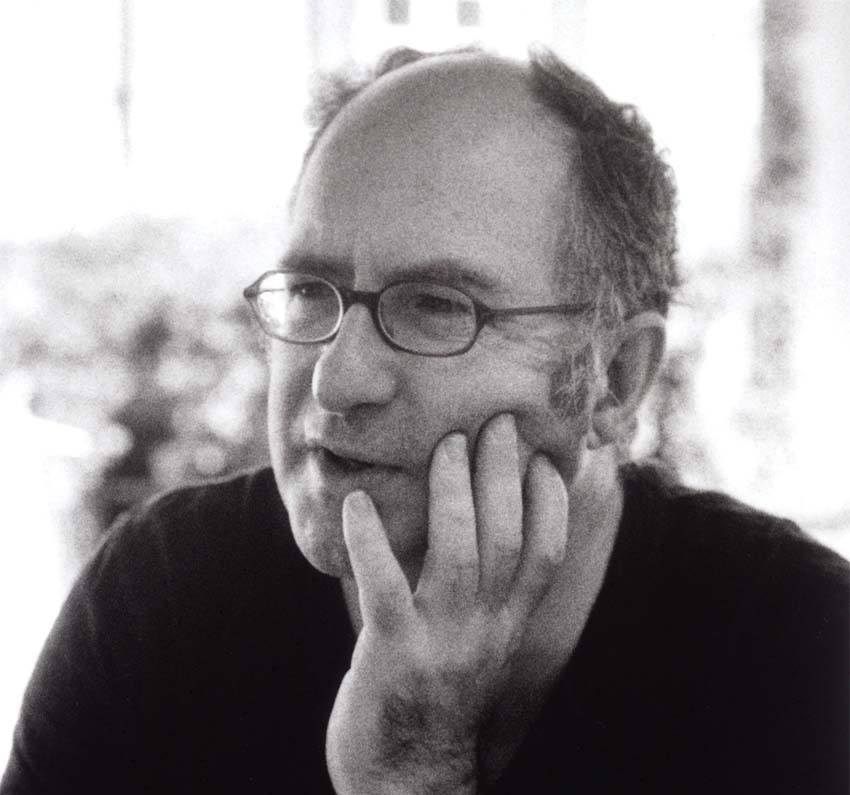 In this 40 minute radio interview, novelist John Lancester discusses Capital, anticipating the 2008 credit crunch, using Scrivener, and why people who live in close geographical proximity don’t talk with each other.

John Lanchester appeared on The Bat Segundo Show #471. He is most recently the author of Capital.

This episode of The Bat Segundo Show is brought to you by Audible.com. If you want to listen to John Lanchester’s Capital, and help keep this show going, sign up for a free audiobook and a 30 day trial. Use this handy link: http://www.audiblepodcast.com/bat

Condition of Mr. Segundo: Wondering if he should stop sending postcards to random people.

Subjects Discussed: Mysterious postcards, stalkers, Ron Charles’s review, Muriel Spark’s Memento Mori, people who live in close geographical terms who don’t talk with each other, parallel private lives that barely touch, “community” as a cant term, postcards as a plot device, planning out Capital, using Scrivener, E.M. Forster and Nabokov, the relationship between I.O.U. and Capital, anticipating a fictitious economic meltdown before the real one, the problems with explanation within fiction, Booth Tarkington, novels about money, describing economic phenomena within fiction, how explanation breaks fiction, the “Tell me professor” problem, audience expectation, what you can do with nonfiction that you can’t do with fiction, the problems with unlikeliness, William Goldman, why bubbles and busts are all the same story and how they can be different in fiction, the virtues of obliviousness, Christian Lorentzen’s “Fictitious Values,” Adam Haslett’s Union Atlantic, why lawyers, cops, and writers can’t watch television, Californication, irreducibly complex vocations, people who work in the finance sector who have no idea what they’re doing, John Banville, cutting yourself off at the bar of curiosity, working out rules for what you could make up and what you cannot, how different novels generate their own sets of rules, whether or not the adverb gets a needlessly bad rap in fiction, whether or not American writing has converged in voice in recent years, getting a filtered view of another nation’s literary output, the influence of Wes Anderson on younger writers, self-conscious quirkiness, omnidirectional irony, David Foster Wallace’s “E Unibus Pluram,” New Sincerity, Sam Sacks’s review, why we don’t see the Banksy-like Smithy at work, deciding who to depict working within a novel, throwing out characters, why Capital required a large canvass, the virtues of a gap between drafts, Paul Valéry, and writing a novel “as exactly as intended.”

Correspondent: To go to the “We Want What You Have” campaign, the Washington Post‘s Ron Charles made a comparison that also struck with me, that the postcard harassment in this book is not unlike the anonymous phone calls in Muriel Spark’s Memento Mori. So I’m wondering, because this is such a pivotal narrative element upon which the book rests, where did this come from? I’m guessing this book was a little early — before the London riots. So was it Spark? Were you the recipient of too much junk mail? How did this exactly happen?

Lanchester: No. I was thinking about — I love that book, by the way. And if there is a literary referent, that’s a good one. But I was thinking about the fact that you get — and I don’t know whether this is a London thing, a UK thing, a big city thing, or a thing about modernity or maybe a thing just about some cities as opposed to others. But the sense that people living in very close geographical and physical proximity don’t actually know each other at all. They don’t know anything about each other’s lives. They have nothing in common. And the term much beloved of politicians — “community” — is actually a cant term, I think. It really describes something that people pretend exists, but a lot of the time doesn’t. Communities in a geographical sense, in my experience living in cities, just simply don’t exist. It’s certainly true of my experience in London life. And I wanted to have a novel that had the sense of these parallel private lives that barely touch, and then to have something that forced them into contact with each other and gathered up these strands of these different lives. And the idea of these postcards came from thinking about what people in the street actually have in common. And, in a sense, the main thing they have in common is that they live in a place other people want to live.

Correspondent: It’s rather ironic, in light of the fact that here in the United States we’re seeing our postal service decline. It will get to the point where what we get in the post — well, we’re not going to get much, if anything at all. So I think you’ve reached that possible maximum window of what could unite a community. But this does beg the question of, well, can you, in fact, use a plot device like this to unite a community composed of a Muslim family, a soccer player. You have a “Polish plumber” type. I’m curious as to whether communities really are united around the lines of a plot device or if it takes a plot device now for us to consider the great cosmos of Pepys Road in this or London or anything right now. Can the novel unite community in a way that, say, other forms cannot?

Lanchester: I think one of the basic movements you get in a story, or in stories in general, is that thing of strands being gathered together. And I think that sense of these things that seem to be disparate that actually do have a cohesion — that’s a very kind of fundamental underlying dynamic of lots of stories. It’s also a kind of story I really like. I like that feeling of gathering together. I mean, I suppose there’s a melancholy undercurrent to the thought that without those cards, these people actually don’t really know each other. And without an effort of weathering the imagination, I think, a lot of the time we don’t know each other. And I did want that sense in which they knew each other to feel slightly fragile. Because actually it would be very easy for it not to happen. And, as I said, that’s my personal experience of the city. That there is this thing about immensely close physical proximity being sort of shadowed by the fact that actually we don’t want to know too much about each other.

Correspondent: Well, speaking of knowing about one another, the feeling I got when reading this book was that often a chapter would spring forth from another chapter. That a particular character such as Parker would then get his own little hotel room chapter and that sometimes that narrative tension produced a desire or curiosity or a need to explore another angle of this vast community. I know that you planned much of Capital in advance. But I’m wondering to what degree you strayed from the map that you laid down when writing this novel? IF you drift away from your map in the act of writing and revising, do you need to go back and modify the floor plan? How does this work for you?

Lanchester: Well, you’re right. I did spend a lot of time thinking about what I’ve sort of described to myself as the architecture of it. The structures of the story and who goes what when. My memory is that I had — it was the equivalent of index cards. I say the equivalent because it was actually this software program called Scrivener. I write in longhand.

Lanchester: I’ve been using Scrivener. I’ve never used a computer program to write a novel before, but Scrivener was very helpful because of this index card thing that I could then move around. The chapters or the scenes too. And I kept running through that rhythm of what when. And I think I had it pretty thoroughly mapped. But only I think on a very granular level of exactly what I’d say for the first quarter or third. And then once I’d got through that, the chapters further ahead did keep changing order as I was coming closer to them. In order to have that sense of “Oh, actually, no, I’m going to need that bit there just to change the tone.” Or “It’s been too long since we last had so and so back now.” And there was a lot of juggling and a lot of jiggling and a lot of swapping A with B and C with D and X with Y. But not very much going outside the framework of it. But in my view, it’s a pretty accommodating framework. There was quite a lot of room for the characters inside it. But I think in terms of genuine things — the E.M. Forster thing about characters escaping. That didn’t really happen. But I’ve always rather liked Vladimir Nabokov’s reply to this.

Lanchester: “Forster’s books are so boring that you couldn’t blame his characters for wanting to escape” And I actually think both parts of that — the structure is pretty determined in my books, but the things that the characters do and say within that structure I find constantly surprising. I find both halves of that to be the case.

Correspondent: The questions I have though is that if a character is going to act in a certain way or behave in a certain way that is in defiance of the plan — and it’s interesting that you use A, B, C, D in this answer because in the course of the book we often get these little A, B, Cs of the character mind and so forth. Do you have a situation where you lose the thread of a character because a character’s going to act in a particular way when you’re laying it down on the page? And the other question I had, sort of related to this, is, well, we do know that you wrote a book called I.O.U., Whoops! in the UK. And if you are writing in some sense in response to the 2008 economic meltdown, and if you are to some degree enslaved by newspaper headlines, what does that do to you from a novelist’s standpoint to corral this, what I would presume to be, tightly enmeshed plan? That if you stray from it, it causes more time, more difficulty, and so forth.

Lanchester: Well, it was the other way around. Because I started in 2005, early 2006. And I felt certain that there was a bust coming. I mean, certain enough to bet years on writing the book. And it was very important that, right from the start, the reader knows something that the characters don’t. That the reader could see this thing coming that they’re all oblivious of. And partly I was just very interested in obliviousness. And I had a very strong sense that there was this kind of implosion or meltdown, that things had gone out of hand. And so I started writing the book with that kind of shape in mind. And if there hadn’t been a crash, it would almost be the other way around. If there hadn’t been a crash, I really would be in trouble.