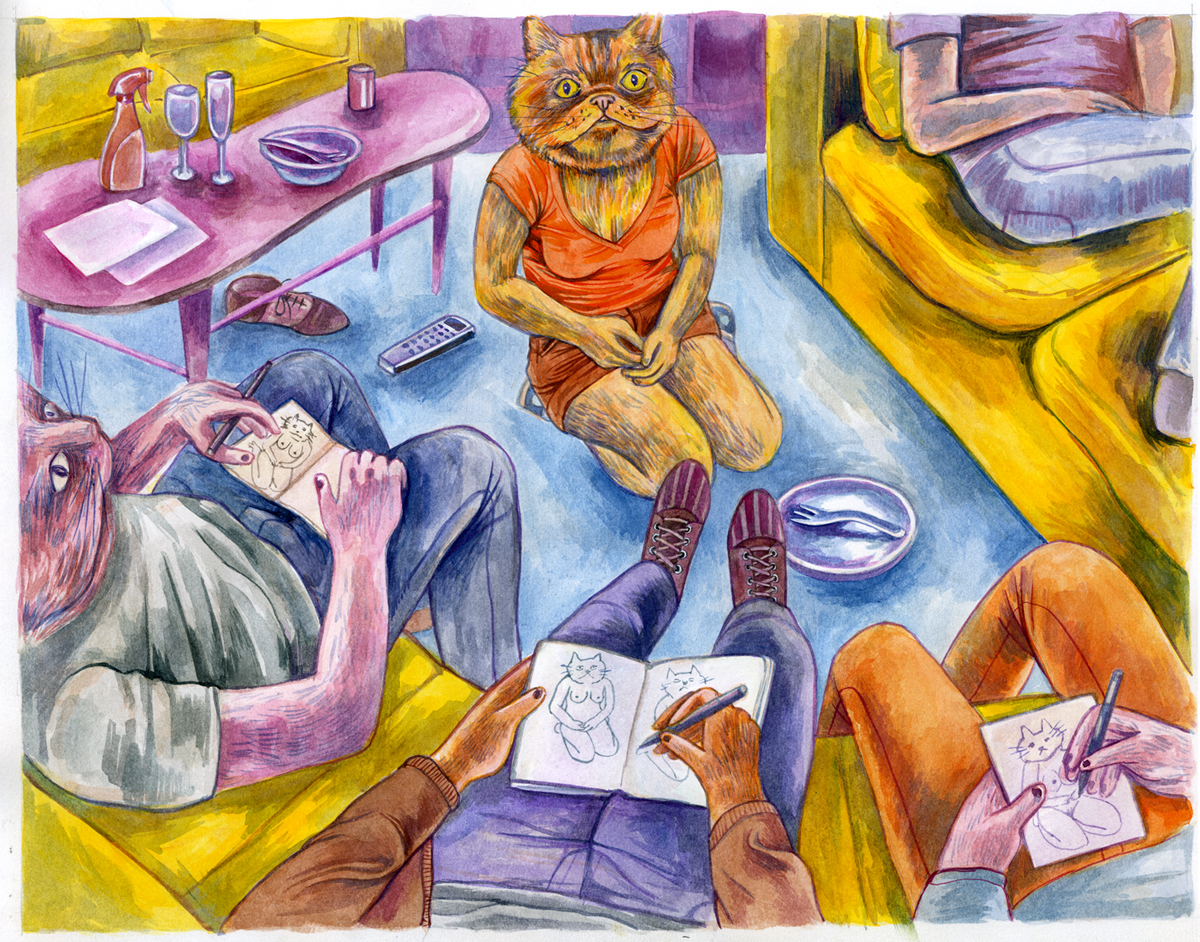 In this one hour conversation, artist Lisa Hanawalt discusses her collection My Dirty Dumb Eyes, informs us of the appropriate method to neigh like a horses, describes the bizarre business politics she observed at a toy fair, delineates the trappings of pop culture, tells us how to contend with online trolls, and even offers a few sartorial views. During the majority of this conversation, Our Correspondent is licked copiously by Ms. Hanawalt’s extremely friendly dog.