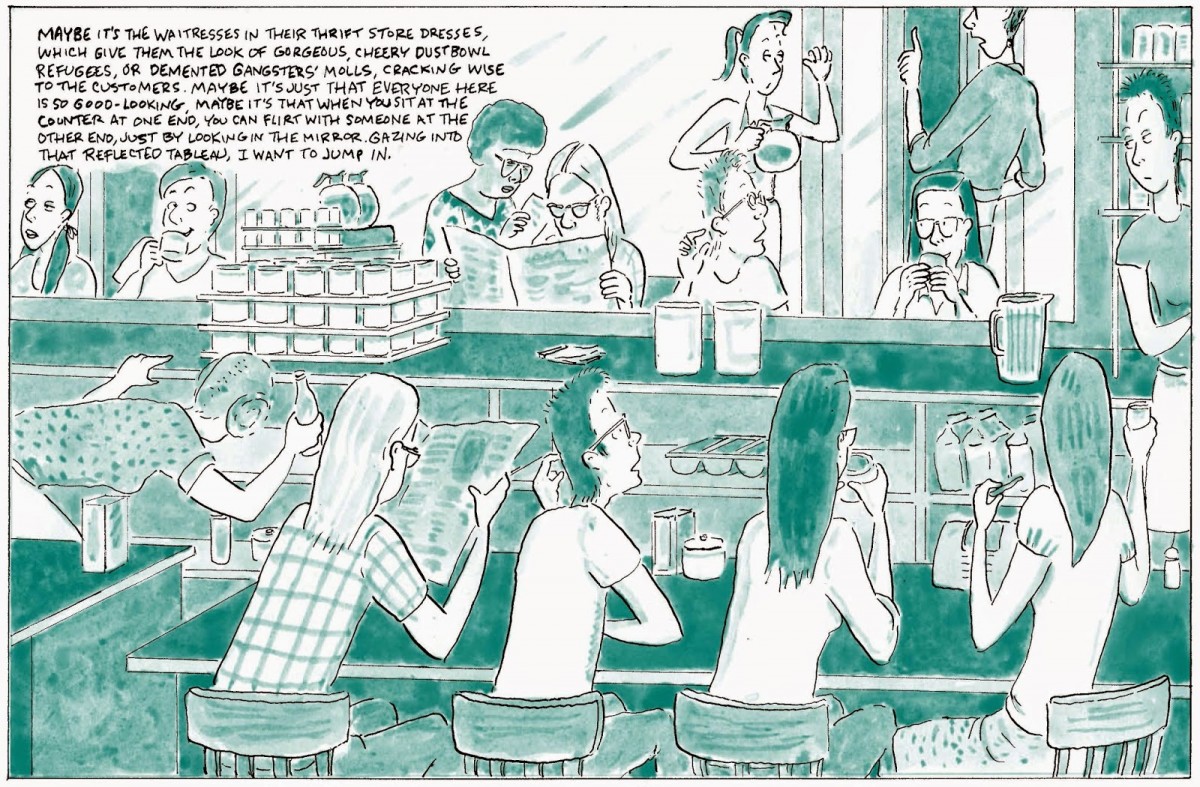 Cartoonist Mimi Pond spent a good chunk of 1978 working as a dishwasher and a waitress in an Oakland diner. Thirty-six years later, she’s collected her experiences in the graphic novel, OVER EASY. This 40 minute conversation examines that experience, looking into the difficulties of accurately portraying that era in a politically correct age and how a crisp glimpse into working-class life is generally more reliable than nostalgia.