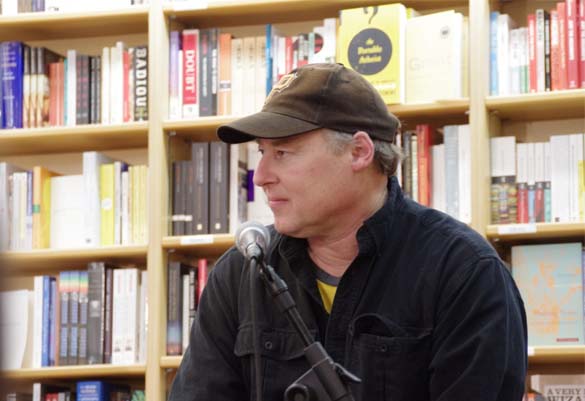 In this one hour radio interview recorded at McNally Jackson, Stewart O’Nan discusses his novel The Odds, reads from the notebook he always carries on him, and even belts out Heart lyrics before an assembled crowd.

Stewart O’Nan appeared on The Bat Segundo Show #454. He is most recently the author of The Odds. He previously appeared on The Bat Segundo Show #161. You can also read our lengthy conversation by email in 2011. This 2012 talk was recorded before a live audience at McNally Jackson. My gratitude to Michele Filgate, Langan Kingsley, Holly Watson, and, of course, Stewart O’Nan for their help in putting this event together.