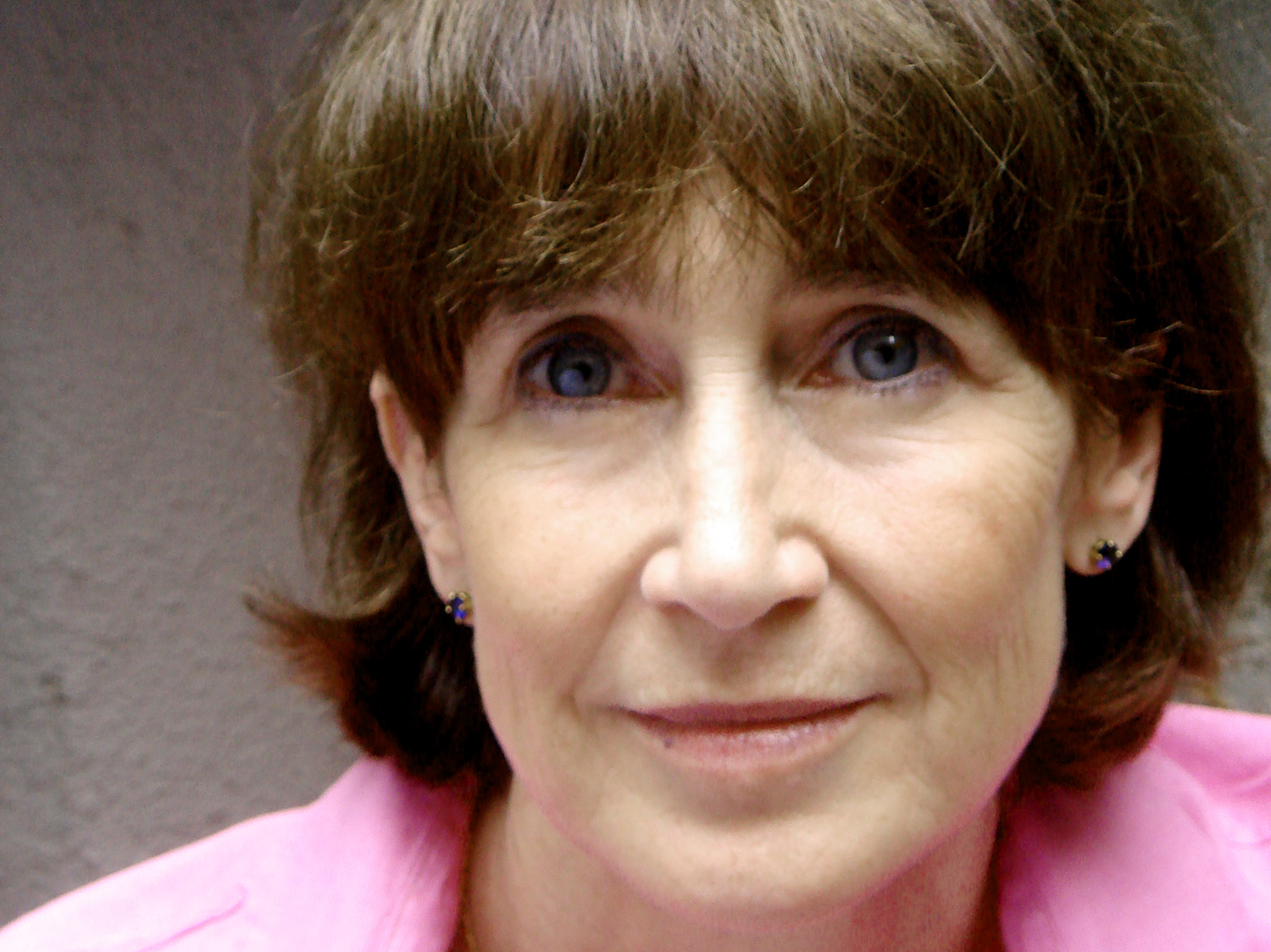 We talk with Roxana Robinson about SPARTA, talking and living with veterans, why soldiers don’t have a common experience, self-preservation vs. digital culture, Georgia O’Keeffe, playing tennis in inflatable courts, and how socioeconomic investigation into America’s ills often occurs by accident.

Roxana Robinson is most recently the author of Sparta.

Subjects Discussed: The New York Times as a source of inspiration, writing a novel with a sense of time, the 2008 economic crash, the fate of the millennial generation, ailing veterans who are overlooked by society at large, unemployment, focusing exclusively on educated characters, writing about subjects you don’t know, talking with vets, being fair when using stories, Donovan Campbell’s Joker One, not using traumatic experience to preserve trust, distinctions between journalism and fiction writing, being terrified of white sedans, fear and panic triggers, why there isn’t a universal common experience among soldiers, getting to know a fictitious character’s family, the desire to visit Iraq, the need for embedded novelists, the present state of Iraq tourism, staying silent on creative details, playing tennis in inflatable courts, Ian McEwan’s unwillingness to discuss his current project, how giving away information on your latest project destroys momentum, whether self-preservation is an admirable choice in digital culture, setting Sparta in Katonah, New York, why houses are important in novels, celebrating a landscape that you love, why it’s essential to use an exact floor plan, Conrad’s miserable experiences in restaurants, California restaurant culture vs. New York City restaurant culture, not remembering the name of a restaurant but remembering the layout, Conrad vs. Joseph Conrad, how to relate the experience of returning to the States after four years of combat, celebrity magazines having more impact on American culture than soldiers, comparisons between Vietnam vets returning home and Iraq vets returning home, soldiers who are invisible, when all of America understands we did the wrong thing, why “Thank you for your service” is the wrong thing to say to a veteran, how to connect with a vet, having nothing but your military training to rely upon when moving forward in contemporary culture, women who tolerate patient aggressive behavior, avoiding female characters who are emotional doormats, balancing the need to advance the narrative with characters who serve in some ways as instruments, macroeconomics classes, difficult GMAT questions, Georgia O’Keeffe, similarities between Conard and O’Keeffe, unintended inspiration from significant artistic figures, biography vs. fiction, Conrad’s concern for cleanliness, intense shaving scenes in fiction, Marine culture and personal appearance, calls and responses, rage and depersonalization, minor quibbles from Heller McAlpin, vets and therapists, and the Marshall Plan.

Correspondent: My understanding is that this book started with you reading a front page article in The New York Times in 2005 or 2006. But to my mind, Sparta seems to be more than that. It’s almost a response to certain socioeconomic conditions. Because what Conrad — this Marine returning from Iraq — has to go through is very similar to what a lot of unemployed men have to go through. There’s also the faint suggestion that this is the great terrible horror story right before the 2008 economic crash with the apartment near the end. So I’m wondering to what extent this became a response to conditions in the latter Bush years and how this tied into your research and getting this massive project started. Just to start off here.

Robinson: (laughs) Okay. Yes, as you are aware, it came about because I read an article in The New York Times. It was about our troops in Iraq and how they were given unarmed vehicles in which to drive and to go on patrols with, and how they were being blown up by IEDs and suffering traumatic brain injuries, which were then not diagnosed and treated. In my head, it wasn’t part of this economic crisis. I wasn’t really focusing on that and I think when I began to pay attention, it was before that happened. And what I’m talking about really isn’t the same as people losing jobs. Because this is a kind of transformation. And, of course, you’re right that someone who hasn’t a job has lost some essential part of himself or herself — if that’s been part of his life up until then. But this is different. Going to war, being trained for war, and being at war, and then coming back and being part of a community that has no understanding and no ability to enter into your own experience — that’s different.

Correspondent: Maybe a way of approaching this question — because there is, in fact, this Go-Go guy shows up near the end. There is mention of predatory lending. There is mention of securitization. It leads me to wonder whether when you’re taking on any kind of novel project, you need to actually have that sense of place. Because one of the reasons why this book extended beyond a mere character study was largely because I felt very much that I was reliving the last term of the Bush Administration. Warts and all, by the way. So this is why I’m asking. Was it really just a matter of talking to all of these vets — and visiting, I presume, the VA hospitals — to get a sense of time? How does a sense of time factor into developing this book?

Robinson: Yeah, that’s very interesting. You’re right. I do want to make sure when I’m writing a book that every part of it works. So when I place it, I usually set my books in the very recent past. A year or so. And it’s often quite hard to track down exactly what was going on. We all have a telescopic sense of time. So it’s hard to know exactly what happened. But yes I was very aware of the economy and how Conard’s generation shifted from happy-go-lucky guys into bundled assets and insider trading and all of that. That turned into an avalanche of bad debt and bad conscience. And yes, it was part of the way America had been led and led astray. And one was in Iraq and one was at home. So you’re right. You’re right. It’s just that I didn’t think of him as being someone who was without a job. But certainly you’re right about the whole ethos of America during that period.

Correspondent: I think the parallel I draw between Conrad’s situation and the scenario of many unemployed people of both genders is that we have increasingly moved, thanks to the Bush Administration, into a culture where those who seek help feel shameful of it, are not permitted to actually pursue it, are prohibited by funds. You’re supposed to tough it out. And the parallel I drew between Conrad and many unemployed people I know — who I’ve been on telephone support with — was substantial. Especially when he has this terrifying ordeal in the VA hospital where he’s told, “Well, you have to wait three months.” And he has a serious problem to take care of. So this leads me again to go back to this idea of looking at a situation — whether it be a heroin addict in Cost or whether it be a soldier returning back from Haditha in Sparta. Does focusing in on one angle of America allow you to tackle its many ills and to expose these common conditions that were putting our heads in the sand here over?

Robinson: Yeah. I’m always interested in consequences. And so when I explore one thing, I am always fascinated to see if there’s a network of fault lines leading out from whatever the central issue is. Cost is certainly not an indictment of anything. It’s simply an examination of a problem that’s more widespread than I understood when I started that project. And in Sparta, I was incredibly troubled to understand what we were doing to our troops at the time. I never supported the war. I never thought we should go there. It was more troubling to learn that there were not weapons of mass destruction and that there never had been. And so I wanted to bear witness to what it was like for one of our soldiers to go there and then to come back. And that exploration illuminates one part of the American experience for me.

Correspondent: Sure. Well, on this subject, I’m curious to ask you about the fact that the last two books take place in upper and middle-class environments and present an underexposed issue in both cases. And this leads me to wonder whether you’re trying to target a particular type of literary audience who may not in fact read the newspapers or the magazines or who may want to keep their heads in the sands. Is it your goal as a novelist to get otherwise erudite people to open their eyes a little bit by this socioeconomic setting? To really look into problems that they may not otherwise pay attention to? Especially in this culture right now, where it’s +1 everything and we’re supposed to like everything and we’re supposed to turn away anytime there is anything that is unsettling.

Robinson: I don’t really have a target audience. I don’t think in those terms. I’m a novelist. I’m not a journalist. I’m really not trying to persuade people of anything. As I say, I’m just bearing witness. And this particular part of society is the one that I know best. Educated people, not particularly rich, but who come from modest backgrounds. But they’re all educated. That’s sort of the main connection between all the books that I have written. But am I trying to tell a certain audience how to think?

Correspondent: Not necessarily how to think. But more exposing their eyes to the fact that, look, this problem is not going to go away. These people, they may be in your family. They may actually knock upon your door. You can’t just continue to read about, I suppose, domestic couples who are committing adultery. You know what I mean?

Robinson: Right. Well, yes, I’m not interested in easy targets. So the problems that draw my attention are ones that I find really compelling and really disturbing. I don’t know who my audience is. I’m not trying to reach a particular audience by choosing the people I do tend to write about. But there are always subjects that I find really troubling. And so if other people do, that’s great. But these are things that become very, very compelling to me.

Correspondent: So you are drawing upon your own background and you’re trying to just step outside of it so that you can understand another aspect of humanity, whether it be drug addiction or vets or that sort of thing.

Robinson: Yeah. I mean, I think that writing about subjects you don’t know is really important for a writer. Writing about circles and communities that are not your own is really risky. Because you’re going to get so many things wrong. So many signals. And so I’m not saying I would never do it. But I’m much more interested in exploring an idea and the way it reveals itself in a community than I am in trying to interpose myself in a community that I don’t know.