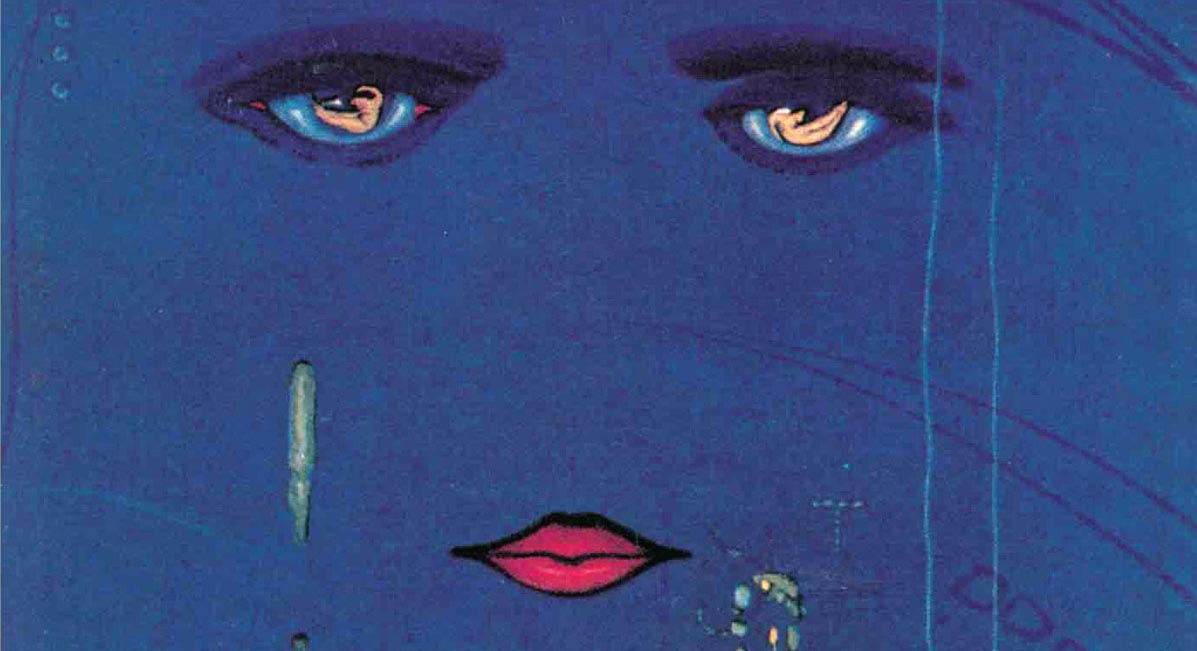 Nearly ninety years after its publication, THE GREAT GATSBY remains a fluid and endurable masterpiece. In CARELESS PEOPLE, Sarah Churchwell tackles F. Scott Fitzgerald’s great novel with an approach somewhere between an avid reader and a obsessive scholar. This vivacious and jampacked conversation, which covers everything from old menus to famous murders to the interplay between Scott and Zelda, reveals that GATSBY is so rich that just about any literary interpretation is possible.

Sarah Churchwell is most recently the author of Careless People.

Subjects Discussed: Max Gerlach and the possible origins of “old sport,” the current conditions of Fitzgerald’s scrapbook, working in the Princeton Archives, sifting through digital facsimiles, tape marks and PDFs, Fitzgerald’s “self-Googling,” illusory objects balanced on the edges of noses, balancing Gatsby‘s surrealism against real-world parallels, Gatsby as a distorted mirror to the 1920s, present-day misconceptions about the 1920s, history and imagination, Fitzgerald scholars arguing over niceties, analytical types who suck the joy out of novels, the hunt for facts that surprise the scholar, developing rules for inclusion, playing the game of “Who knew?” with Gatsby, what swastikas meant in 1922, wrangling through the variegated meanings of the green light, the risk of divagating from novels, Childs Restaurants, the New York Public Library’s extraordinary online menu collection, the hostility to close reading, Mary McCarthy’s Pale Fire review, Edmund Wilson’s role in restoring Fitzgerald’s reputation and his relationship with Gatsby, the effect of John Keats’s life and work on Gatsby, the difficulty of determining Fitzgerald’s compositional approach during Gatsby, Fitzgerald and the Romantics, Fitzgerald’s terrible French, the benefits of not reading living writers while working on a masterpiece, Zelda and Scott trading off lines and witticisms, Zelda’s influence on Gatsby, Zelda’s critical mind, how to distinguish Scott and Zelda’s writing, the helpful scholarship of James L.W. West III, Fitzgerald’s fear of being compared with Robert W. Chambers’s romantic fiction, Burton Rascoe, why Fitzgerald was so concerned with his reception, how Churchwell tracked down an obscure Rascoe review, Fitzgerald’s touchiness and his need for reassurance, Gertrude Stein, Fitzgerald’s all-or-nothing grab for literary respectability (and failure to get it) with Gatsby and Tender is the Night, Fitzgerald’s decline, Fitzgerald’s terrible spelling and This Side of Paradise, the Fitzgeralds’s trip to Europe in 1924, the Fitzgeraldian notion of holding two simultaneous ideas (or emotions) in a first-rate mind, Gatsby as a hymn to ambivalence, Zelda’s affairs in response to boredom, Fitzgerald’s unkindness to women in his fiction, 1920s etymology, Fitzgerald as the first man to use “cocktail” as a verb, guarding against linguistic anachronism, the development of merchant banking language during the 1920s, the owl-eyed man in Gatsby’s library, Eckleberg, the numerous large eyes within Gatsby, blindness and vision, racism during the 1920s, Edith Wharton’s anti-Semitism, Meyer Wolfsheim a Jewish stereotype, Thomas Powers’s essay in the LRB, Arnold Rothstein, Monroe Stahr in The Last Tycoon, whether or not Fitzgerald can be called an anti-Semite, Tom Buchanan’s white supremacy, “The Crack-Up,” being judged by character vs. being judged by social conditions, Wendy Smith’s review in Newsday, specious connections between Gatsby and the Hall-Mills murder case, Nancy Mitford’s lie about “Zelda and her abortionist” picked up by five other biographers, mistaken identity as part of the 1922 discourse, Leopold and Loeb, Myrtle Wilson and Tom Buchanan, William Desmond Taylor’s murder, Woody Allen and Dylan Farrow, serving as Booker judge, contending with the Booker Prize’s inclusion of American titles and the concomitant complaints about preferring British or American titles over the other, the Folio Prize’s American titles, and the 2012 Pulitzer Prize’s “no winner” controversy.

Correspondent: I’m really jazzed up because only a few days ago, you forced me to reread The Great Gatsby. And it was still great after four times! Have you ever gotten sick of that book?

Churchwell: No, I really haven’t. That’s why I wrote a book that’s kind of a tribute to it. And I got to live with it for five years. I got to reread it over and over and over.

Correspondent: How many times have you read it?

Churchwell: I don’t know. Because I’ve read it sequentially at least half a dozen times. But also I was going in and out of it. And so, all told, probably hundreds of times.

Correspondent: Wow. That’s incredible. Well, let’s start with the marvelous year of 1922. The year in which the book is set, The Great Gatsby, and the year in which both The Waste Land and Ulysses were published. You point out that scholars have used the reference to “a waste land” during that one description of the ash heaps as the smoking gun that Fitzgerald intended Gatsby as a literary homage to that particular year. But Fitzgerald was also to note in his “Ten Best Books I Have Ever Read” that Ulysses is “the great novel of the future.” So what is the true source really of the 1922 setting? And to what degree is it a mistake to assign a kind of explicit literary interpretation or homage to either Eliot or Joyce?

Churchwell: I think there are a couple of other meanings to 1922, which of course is the year that Fitzgerald sets Gatsby. And, yes, I think he is tipping his hat to those great writers of 1922 and to those two great works in particular. It’s also the year that the first English translation of Swann’s Way came out. So Proust is also making his way into that year. But it’s also the year that Scott and Zelda move to Long Island and began the parties that would inspire the novel. It was in 1922 in the summer that Fitzgerald wrote to his editor Max Perkins announcing that he wanted to write the novel that would become Gatsby. So I think in his head, there were a lot of reasons why 1922 was the right year to set the novel.

Correspondent: Did he ever toy around with other years?

Churchwell: He did actually in draft. He wrote 1921. He wrote 1923. So he always knew that he wanted it to be a modern novel. He wrote it in 1924. So it was always going to be the recent past. And then he finally settles on 1922. And we can only speculate as to why that is. Maybe it was totally random. But it doesn’t seem like it was. And then he went back and he tried to adjust the math and to make sure that everything worked out for it to be set in 1922.

Correspondent: Yeah. He had this really terrible thing about double digits. $13.13 at the end. That’s sad.

Correspondent: I was really bummed out at the end when Fitzgerald is on the decline. I’m like, “Oh, come on, Scott! You can do it!”

Correspondent: “Don’t let the world beat you down!”

Churchwell: It’s so sad, but the world did beat him down in exactly that way that you just said. I mean, his last royalty check was $13.13.

Churchwell: It is crazy. But his life was in this really uncanny way, it often tended to be symbolic in that way. Life just kind of showered him with symbolism all the time. Even the bad kind.

Correspondent: You also point out — and it’s worth reminding — that Fitzgerald had this deep admiration for Joseph Conrad. You quote Conrad’s line, “Fiction is history, human history, or it is nothing.” And you point to the middle-man inscription he offered to Gene Buck. You also note that Ring Lardner and Fitzgerald, they performed this drunken dance outside the Doubleday Estate in May 1923, only to be unceremoniously ejected by the night watchmen. I’m wondering. How obsessive was Fitzgerald about Conrad? Were you able to find any direct Gatsby lineage from Conrad or anything?

Churchwell: Not quite. But he was very open about his admiration for Conrad. And Conrad was certainly an important writer for him. In fact, one of the novels that Fitzgerald said was the novel that he wished he had written more than any other novel was Conrad’s Nostromo.

Churchwell: Which is a novel that a lot of people…

Churchwell: …don’t read anymore. It’s really Heart of Darkness that tends to be the one.

Correspondent: Or even Lord Jim.

Churchwell: Or even Lord Jim. He definitely loved Lord Jim. I’ve seen Lord Jim in various places in his work. I think that where Conrad really comes into Gatsby most obviously is in the use of Nick Carraway as both character and narrator the way that Conrad used Marlow in several of his novels, including Heart of Darkness and Lord Jim. And it was understanding the way that that technique could help him tell his story, I think, that is Conrad’s greatest influence on Gatsby.

Correspondent: Did he really see novels as that history that Conrad said that it was?

Churchwell: I think he did absolutely. I mean, his novels tended to be contemporary. They tended to be drawn very much from his own experiences and based on people that he knew or had met. Most of his best work is, in some sense, based on these composite characters. So the character of Dick Diver in Tender is the Night is partly Fitzgerald, it’s partly his friend Gerald Murphy, and he kind of morphs the two together.

Correspondent: As any writer does really.

Churchwell: Absolutely. I mean, it’s something he had a big argument with Hemingway about. Because Hemingway said of Tender is the Night that this was an illegitimate technique. He got kind of high-handed and announced that there were some ways that you were allowed to write fiction and some ways that you’re not allowed to write fiction. Which is a bit rich coming from Hemingway, given that The Sun Also Rises is very much a roman à clef. (laughs)

Correspondent: Exactly. And what’s also terrible about Hemingway is his treatment of Fitzgerald. I mean, Fitzgerald is really on the down and out and he’s still saying, “Yes, yes, Ernest is putting out all these great books,” and Hemingway is basically totally shit-talking him the entire time. Which is really sad!

Churchwell: It is sad. Hemingway was not adverse to kicking Fitzgerald when he was down. (laughs)

Correspondent: (laughs) No! He must have had some machismo thing.