Many reviewers have kvetched a good deal about the page count and weight of William T. Vollmann’s Imperial, and this is probably because they have been forced to read the book in a swift period of time. (But if a reviewer possesses such an innate incuriosity, why on earth would she take on the assignment? There are many possible answers to this, and most of them involve snobbery.) For my own part, I am now past the halfway point of Wild Bill’s journey and I don’t feel the need to finish it immediately. By way of its eclectic material, this is not a book to be wolfed down. It is best enjoyed in spurts or between other books, largely because the tone and emphasis can shift from page to page. This is not to suggest that the book is unreadable (far from it: the prose is often quite breezy, entertaining, and fascinating) or that it doesn’t possess its share of problems. (My complete thoughts on the book will be posted here once I cross the finish line.) But in light of a statement I made last year, having now sampled the goods, I believe it is probably an important book worth the price. Although I have never been cheated out of a dollar in my life. 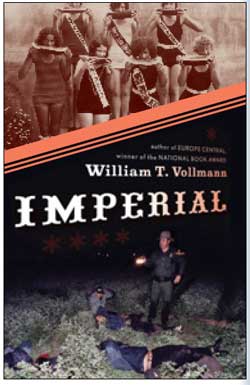