Tobias Wolff appeared on The Bat Segundo Show #208. Wolff is most recently the author of Our Story Begins. 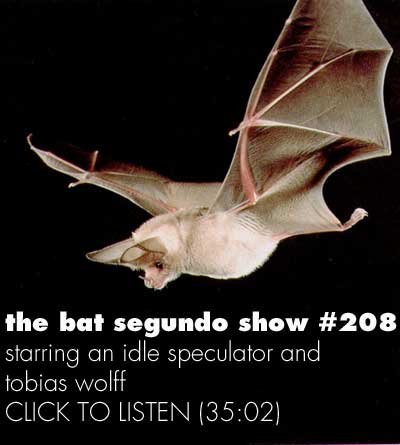 Condition of the Show: Speculating upon Mr. Wolff’s unknown powers.

Subjects Discussed: Writing first-person stories that don’t seem like first-person stories, the use of the word “I,” contemporary short stories and therapy sessions, fiction and narcissism, William Trevor, knowing the lay of the land, the symbols of the everyday universe, tulle fog, writing endings before the endings, Tolstoy vs. Chekhov, whether “Bullet to the Brain” had any specific literary critic in mind for its premise, dog stories, conversations in cars as the common American confessional, the open road, the consciousness of dogs, straying from realism, stories that end with an italicized line or a whisper, the precise and imprecise details within a sentence, arranging the short story order within a collection, “Best Of” vs. “Selected” stories, psychology and the skillful lack of overt specificity within “The Rich Brother,” hiding a story’s design, Flannery O’Connor, and how Wolff contends with variegated reader reactions. 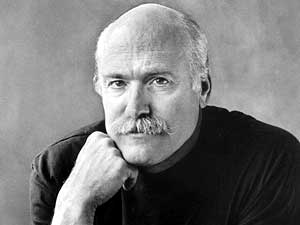 (A lengthier excerpt from the show can be found here.)