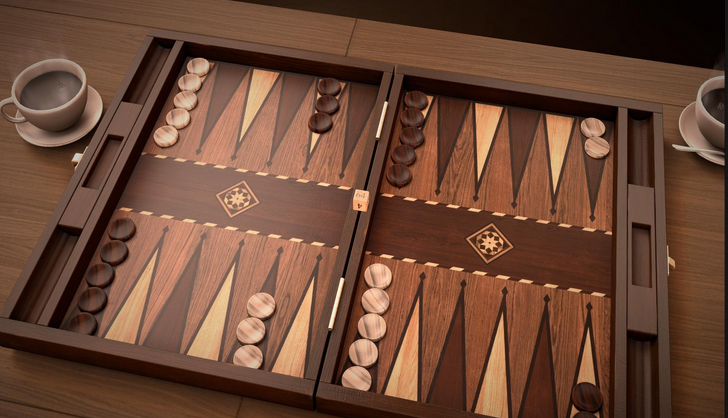 This is the first chapter of a NaNoWriMo novel I wrote this morning and that I may or may not continue.

They pushed seven people into the death house just as they always did at seven o’clock. We were accustomed to the screams by now. Sometimes the cries for clemency and the plaintive declarations that life was unfair comforted you when you played backgammon.

I wasn’t playing backgammon that Thursday evening. My partner Denise said that she had a last minute appointment, which was perfectly legal if you had the supportive documentation, although some people were now executed for what had once been called ghosting. I think she preferred to play backgammon in our assigned quarters because she didn’t want to deal with the smell of charred flesh burrowing into her nose as she slid smooth checkers across white and tan diamonds. I hadn’t seen Denise in weeks, but she did text me the mandatory pictures of herself in languorous poses to avoid any excess taxes. We were in the clear. And I knew that I would play backgammon with her again sometime very soon.

“Is everybody having a good time?” boomed the alderman through the purple megaphone across the street, which was now thickening with strangers waving pitchforks. His words barraged us through the cafe’s open windows, causing a man who had stayed very quiet during the last few hours to rise from his laptop, thrust his long gangly arm in the air in appropriate salute to the Ruler, and shout, “Fuck yeah! Let the heathens die!” The Ruler had always insisted on fun and happy colors and this cafe was no exception: the browns of the table had been reinforced by garish blues and greens that never quite sailed out of your peripheral vision. But the government-mandated decor couldn’t quite extinguish the bleakness of the ceremony. Still, the death house cheerleaders were, at the time the alderman announced these words, forming themselves into a near perfect human pyramid, with the crowd giving them space to perform their celebratory ablutions.

The alderman was a short and pudgy man with a lengthy beard and a harsh nasal voice. He stood just above the rickety parapet across the street, where you could see the daily seven being trotted out high above us for fierce jeers and ideal Instagram angles. Nobody liked the alderman. He was one of the first who turned with the new order, when there was still a climate to theoretically resist. But, of course, you couldn’t say this. You couldn’t say much anymore. They monitored everything, but they didn’t need to. Enough people had become loyal minions to the Ruler. Every social network served as its own built-in informer force. And if the rats didn’t call you out for offending anyone, there was a good chance that the algorithm would spot you and push you near the top of the list and you might be one of the daily seven drawn in your city that day. So it was best to keep your head down and attempt normalcy.

I drained the last of my café au lait, heard the bold deafening roar of fire and electricity being initiated for the executions, and watched the seven people shivering high on the platform above us. There were three women, two men, and two small children who couldn’t be more than twelve. In the earlier days of the death houses, the daily seven’s charges and transgressions against society would be announced along with the names. But when the last of the protesters caviled against this (and were swiftly put to death), this part of the ceremony was abandoned. This had shortened the ceremony to about twenty minutes, which really needed to be done. The longer the ceremony carried out, the more likely people were to ask questions about it. And we no longer lived in a world in which questions were part of contemporary life. The brute force of blunt declarations, whether true or false, carried us through the day.

“These are the criminals who stand against a better tomorrow,” cried the alderman. His words were accompanied by a lush and loud orchestra stationed near the death pit, but the notes they poured into the open air were drowned out by the flickers of orange and blue raging against the shelled out colonial style ruins of the death house, which stood tall and proud and obscene with the maws of its hollowed out mansards waiting to taste the fresh new seven.

The daily seven protocol had been initiated as a punitive measure in the two hundred most populous cities captured by the Amagaca Front and the government was doing its best to address the declining population count by banning contraception and forcing many of the remaining singles to hook up by force if they wouldn’t Netflix and chill by choice. Denise and I preferred to talk and play backgammon, which we did half-naked. That way, if the pleasure police ever knocked on your door, you could shift to a lecherous snog to avoid arrest.

I wasn’t especially macabre in temperament, certainly no more than anybody else, but I had always been a man of routine. Routine helped me to cope, even as I had watched my younger brother, who had been a journalist before flattery measures kicked in, get hauled away by the police and omitted from the search engine results. The last three years had been difficult for everyone and you hoped that they never called you when they rounded up the daily seven, which was always announced in a bright cheerful tone, along with the sports scores and the winning lotto numbers, on the displays that nobody could ever turn off.

I left the cafe with my battered blue rucksack and saddled up with the serried spectators craning their necks near the velvet rope, who were rubbing their hands with glee as the death house bellowed, anxiously awaiting the seven new criminals. The death house’s cacophony was often so loud that one required earplugs, which were sold by the enterprising vendors who had erected tables just outside the death house. Free trade, after all, was encouraged in any form by the Ruler. The vendors also sold T-shirts, pierogies, miniature models of the death house (a fun birthday gift for the kids), and large photos of the Ruler that could be nailed up on any blank wall that had somehow escaped the Ruler’s now ubiquitous mug.

The daily seven ritual, which had been thrust and instituted upon us so quickly that there seemed little hope of ever overturning it, was undeniably hypnotic and entertaining. It emerged, like much of the Ruler’s plans, from a crazed and instinctive sense of showmanship. It was grand mortal theatre ignited by one man’s narcissism, which quickly became addictive to everyone. The daily seven always drew a large audience. Some who worked the night shift requested time off work to attend the ceremonies. Because the daily seven was never quite the same if you watched it on your phone. It had to experienced live, when at all possible. All wondered if they might recognize one of the daily seven who had been declared evil. And you would often hear them muttering their theories about those rounded up to die:

People were sometimes summoned if you fed a name to human resources, which had been unified across all companies and centralized by government edict. In the earlier days, you might have had a face-to-face meeting to clear up a dispute. But when the death house became a mainstay of life under the Ruler, the meetings stopped and the algorithm had a larger pool of names to draw on. The general dread of being accused and picked was why so many people no longer talked to each other aside from the unavoidable shorthand of ordering a coffee or asking a salesman for the price of a new suit. You couldn’t even haggle anymore, for free trade always favored the seller. If you were defrauded by a seller, there was no longer any recourse to sue. You still had the option buy nothing, although this was often risky, especially during the holidays. Any citizen who was not accumulating items at a reasonable regular rate to support the economy could be sent to the consumer camps, where you would either be reeducated or put to death, as determined by the state. My sister, once a prominent freegan who had been profiled in a few magazines, had been sent to a consumer camp and the walls of her billet had become a tapestry for boy band memorabilia. She now swiped her card liberally and she was never the same.

Every so often, you’d see one of the seven picks attempt an escape. And that’s when some underpaid yutz in an airport would press a button. Some people simply had no knowledge that their names had been called for the daily seven and they would often fail to show up. About six months before, I had been sitting in an auditorium, trying my best not to nod off during a work-related PowerPoint presentation delivered by a humorless woman in a gabardine blazer. Just as she advanced to her penultimate slide, coming to the peroration of her dreadful speech, we were all surprised when her head exploded just as she was set to sell us on how to raise our dynamic potential. Apparently, her words in favor of the Ruler were not enough to escape being selected by the daily seven algorithm.

None of us could entirely remember what the world had been like before, but there had been the faint sense that it was better, even though the government had destroyed all evidence of what we once documented in droves. We would often talk in Faraday rooms, but I did know of a few citizens who had been selected for the daily seven despite our precautions. The finder’s fee that came if you reported someone to the hotline and the name came up when they selected the daily seven was simply too lucrative for some people to pass up.

We were coming to the big finish of the daily seven ceremony. The orchestra became louder as the daily seven started to whimper. It was important to make sure that we could never hear their suffering, but of course you could always could. I watched one of the two kids piss his pants. Then the other kid panicked and cried and leaped off the platform without warning. I quietly hoped that he might accidentally fall into the death house. Because that was better than the alternative. But he wasn’t so lucky. He was caught by the crowd and they all clawed into him, stabbing their pitchforks into him like a turkey ready to be carved up at Thanksgiving. If the spectators didn’t have implements, they kicked into this frightened kid in the areas of his body that their augmented reality headwear had designated “Please direct physical violence without impediments here to avoid injury.” The kid’s life swiftly left him and he became nothing more than a bloody and unidentifiable pulp. The crowd roared.

“Well, that’s one for the crowd and six for the house!” cried the alderman.

The remaining daily six ambled silently along the platform, but the look in their eyes, which you could still see fifty feet below, told us that they were ready to leave this mad world, a world that we still had to live in. They fell one by one into the death house. You could hear their screams from half a block away.

I looked for one of the designated regurgitation areas and threw up. I ended up meeting a woman there who was similarly repulsed by the ceremony. We held each other and agreed to go to her billet once we heard the rosy sirens of the pleasure police looking for loners to round up.