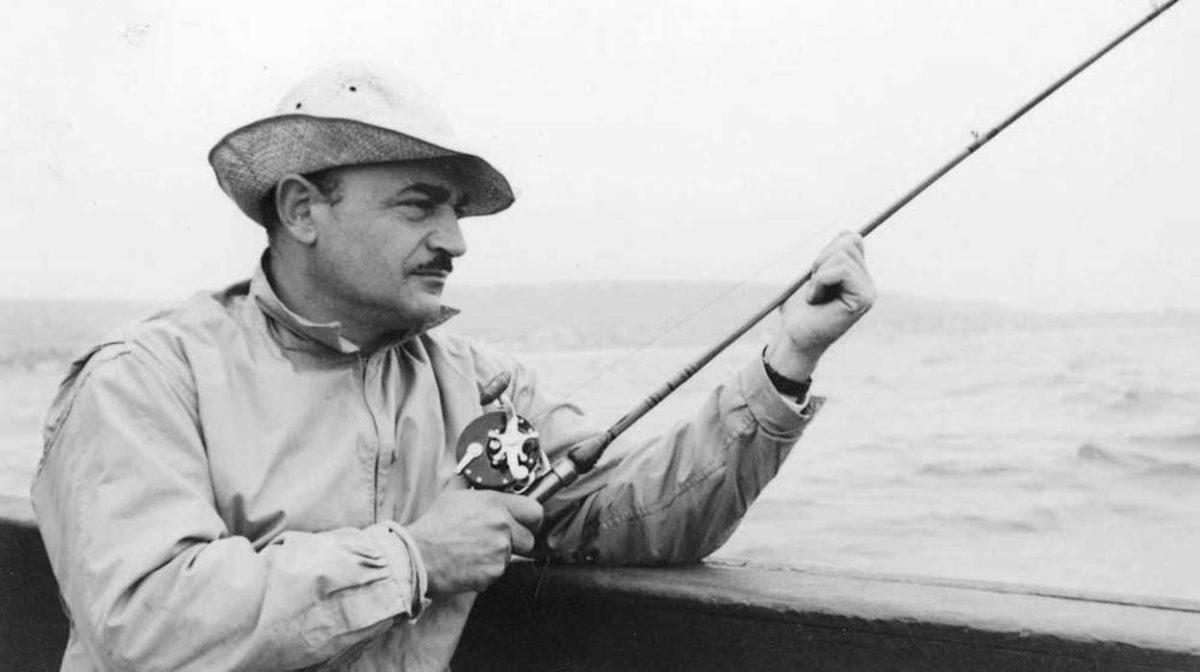 Published eighty-three years ago, Nathanael West’s masterpiece is startlingly prescient about the trappings and contradictions of the American nightmare.

(This is the twenty-eighth entry in the The Modern Library Reading Challenge, an ambitious project to read the entire Modern Library from #100 to #1. Previous entry: A Farewell to Arms.)

December 22, 1940 may be literature’s answer to July 4, 1826, the day in which John Adams rasped his last words on his deathbed. “Thomas Jefferson still survives,” he gasped, not knowing that Jefferson himself had passed away only five hours before. One hundred and fourteen years later, two towering literary titans, far more obscure in their time than Adams and Jefferson had been in theirs, met their end at a needlessly early age. On December 21, 1940, F. Scott Fitzgerald collapsed inside a ground-floor apartment not far from the Sunset Strip at the age of 44. The alcohol had finally caught up with him. He believed himself a failure. He would never know that his tragically brief life and his coruscating work would be rediscovered only a handful of years later — not long after 155,000 copies of The Great Gatsby were distributed to World War II servicemen. The next day, about two hundred miles southwest of Fitzgerald’s home, Nathanael West and his wife Eileen McKenney (whose sprightly spirit would be immortalized by her sister Ruth in a series of light but amusing New Yorker pieces later turned into a wildly successful stage show called My Sister Eileen) would be killed instantly in a car collision on their way back from Mexico. West was, by all reports, a notoriously awful driver and he was even younger than Fitzgerald. Just thirty-seven.

Both men had turned to screenwriting to stay afloat during the Great Depression. Both men had much to say about the traps and illusions of American life. But it would take longer for West to be reassessed and appreciated — in large part because he was arguably fiercer than Fitz with his fiction. He had his finger firmly on the troubling pulse of feral American life and he wasn’t afraid to use it with the other nine at his typewriter. In a short essay called “Some Notes on Violence,” West pointed to the idiomatic violence that had permeated every corner of printed media: “We did not start with the ideas of printing tales of violence. We now believe that we would be doing violence by suppressing them.” His razor-sharp satire featured philandering dwarves, skewered the hideous contradictions of gaudy Hollywood spectacle, and, in just one of many enthralling flashes of his grimly hilarious invention, depicted a dead horse serving as au courant decor at the bottom of a swimming pool. (In an age in which urine-drinking is prescribed as a COVID remedy and reality star Stephanie Matto makes $200,000 selling her farts in a jar, one wonders why the present fictional landscape doesn’t reflect our scabrous realities and why 85% of today’s gatekeepers are so hostile to such a necessary dialogue between fiction and life. But then this is the same universe in which Hanya Yanagihara’s excellent, quite readable, and wildly ambitious new novel, To Paradise, is framed by The New York Times in belittingly racist and sexist terms, assuaging an increasingly unadventurous bourgeois readership: “Can an Asian American woman write a great American novel?” (Well, of course, she can. Why even summon the rhetoric?))

West’s high point as a novelist was arguably The Day of the Locust — just as compact as Gatsby in its length and sentences, but more wryly surreal than ethereal. And he had a genius for fusing this talent with a theatrically visceral and often bleakly comic strain revealing the FOMO and desperate collective belonging at any vicious cost that one sees prominently among numerous Instagram influencers today. Consider this scene at a funeral:

He knew their kind. While not torch-bearers themselves, they would run behind the fire and do a great deal of the shouting. They had come to see Harry buried, hoping for a dramatic incident of some sort, hoping at least for one of the mourners to be led weeping hysterically from the chapel. It seemed to Tod that they stared back at him with an expression of vicious, acrid boredom that trembled on the edge of violence.

This is followed not long after by an old woman who shows up with “a face pulled out of shape by badly-fitting store teeth” whispering to “a man sucking on the handle of a home-made walking stick.” This close attention to background characters making do with either the remaining scraps they could cobble together or the insufficient products on sale at a store obviously sprang from the Great Depression and West’s own experience working at a hotel, where he undoubtedly observed a motley array of eccentrics and strange outliers. (Jay Martin’s excellent biography, Nathanael West: The Art of His Life, covers quite a bit of these hotel days and reveals West to be an impeccable bullshit artist in his life, wheeling deals to help other writers land rooms and constantly reinventing the details of his life to negotiate a failing capitalist system.) But West’s panoramic description also feels unsettlingly close to our present time, in which inflation, the supply chain, and an inept framework increasingly leaving Americans out in the cold produces the same plausible character types. And in another eerie parallel to the present, The Day of the Locust also includes a dismal romantic rival named Homer Simpson. The only song Homer knows is the national anthem

The novel follows Tod Hackett, an artist who has moved to Hollywood to find inspiration for what he hopes will be his masterwork painting, “The Burning of Los Angeles.” (I casually wondered if Rage Against the Machine’s album The Battle of Los Angeles took titular inspiration from West. But sadly no interviewer appears to have asked Zack de la Rocha and company this.) He swoons for Faye Greener after seeing her in the hall at a dismal complex called San Berdoo. But Faye can “only love a handsome man and would only let a wealthy man love her.” Tod harbors disturbingly intense and violent fantasies towards Faye. Is Tod mentally unbalanced? Or is this the inevitable byproduct of trying to find inspiration in a landscape of contradictions? West smartly leaves these questions open for the reader to infer.

One reads this masterpiece in 2022 greatly saddened by the possibilities of what West could have become. Would he have floundered like Erskine Caldwell or soured into a bitter reactionary like Evelyn Waugh? I don’t think he would have. West was committed to grim playful truth right out of the gate — as his scatologically driven first work, The Dream Life of Balso Snell, made abundantly clear. It says quite a lot about the bleak tenor of the prewar Depression period that so many wild and dark comic novelists flourished. Much as one reads the fiction published just before World War I and marvels at the flowing frankness that just preceded Hemingway permanently altering the English language with his declarative sentences, so too does one approach Tobacco Road, Scoop, and The Day of the Locust with a sense of what might have been in literature if the Second World War had never happened. One then turns to our present pandemic age and wonders why most of today’s contemporary fiction writers remain so spineless, so dully vanilla and offensively weak-kneed and uninventive, so hostile to serving up appropriate pushback against our present devil’s bargain of late-stage capitalism and all of its concomitant horrors.

West would have been canceled quite swiftly if he were starting out today. Joe Woodward’s biography of Nathanael West, Alive Inside the Wreck, points to a fascinating review from Ben Abramson that appeared in Reading and Collecting in which he suggested that West’s books should be reviewed two or three years after publication so that they could be reviewed on “merits” rather than “merchandise.” Indeed, it is the mercantile thrust of vapid careerist “critics” on social media these days — the type epitomized by so many mediocre Twitter addicts who wouldn’t know, appreciate or stump for bona-fide punk rock even if they traveled back in time and became desecrated by excrement while standing in the front row of a GG Allin show — that motivates their own sham criteria and their head-in-the-sand approach to our societal ills. But eighty-three years after The Day of the Locust‘s publication — well past Abramson’s prescription for proper consideration — The Day of the Locust says more about the eternal and seemingly unfixable ailments of American life than most of today’s writers can summon over the course of a career. Despite being cut down in his prime, Nathanael West still survives.

Next Up: V.S. Naipaul’s A House for Mr. Biswas!