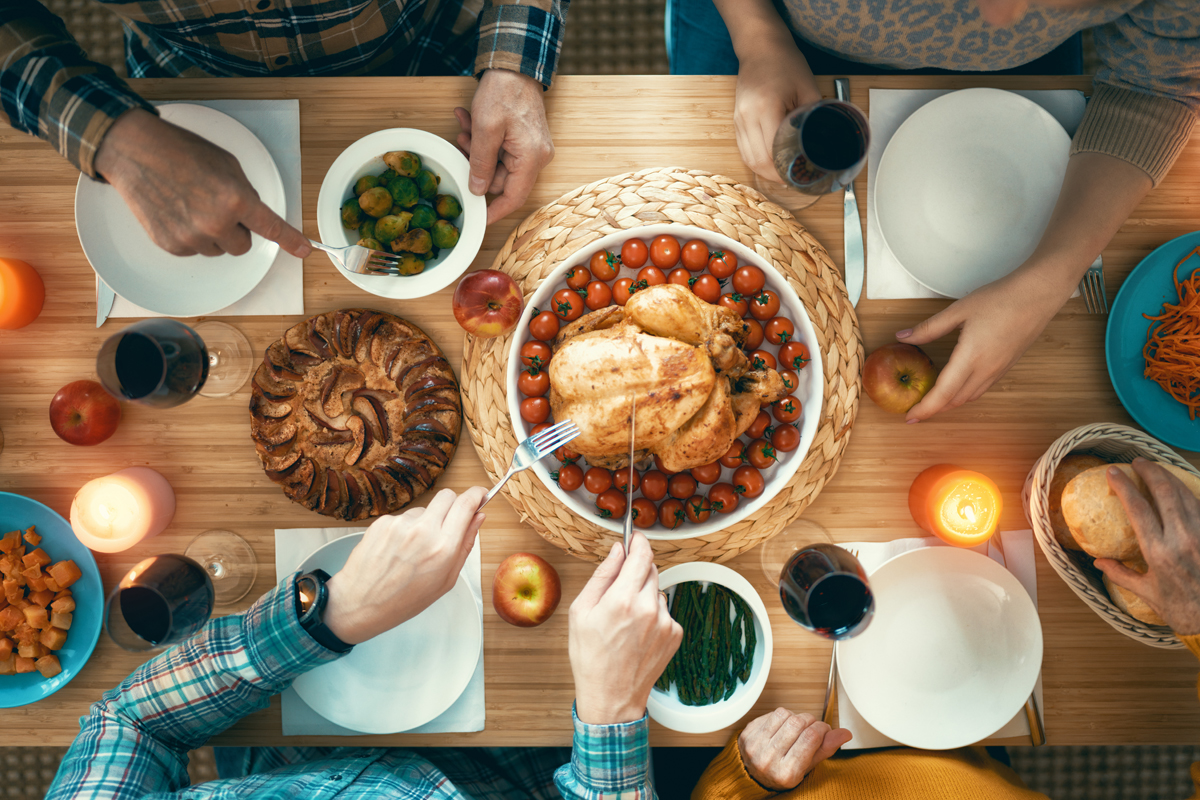 We just released “Shadows Have Offended.” This is the seventh and final chapter of our massive epic, “Paths Not Taken,” which takes place from 1994 through 2023 in two parallel universes. This seven part story is part of the second season of The Gray Area. You can follow the overarching story through this episode guide.

This is the most ambitious story we have ever told. It takes place in two parallel universes and follows numerous characters between 1994 and 2023. “Shadows Have Offended” is the seventh chapter of an exciting seven part epic that involves parallel universes, lost love, identity, forgiveness, compassion, fate, fortune tellers, mysterious Englishmen, strange interdimensional creatures named Chester, a wildly exuberant alien fond of hot dogs and Tony Danza, and life choices.

Here’s the synopsis for Chapter Seven:

In the final part of the “Paths” saga, Chelsea and Maya struggle in their forties to keep their relationship alive as they initiate a fateful but necessary Thanksgiving meeting with Maya’s grandfather — a stubborn and “old-fashioned” World War I historian. Meanwhile, the disastrous political trajectory of the parallel universe encroaches upon deeply personal and deeply fatal territory. (Running time: 84 minutes, 55 seconds)

Sound design, editing, engineering, and mastering by a bald man in Brooklyn who will instantly sing numerous Paul Williams songs if you mention The Phantom of the Paradise to him in person.

Behind-the-scenes. I'm recording a song for Season 2. First I played a track on my guitar. Then, with the guitar track playing in my headphones, I sang along to my guitar playing. A temp vocal track for my actors, who will be singing along to this (and I will be guiding) when we record their vocals later. #guitar #songwriting #recording #audio #music #singing #demo #production #vocals

Gearing up for a two session day that will be very fun! Always prepare as early as you can! #breakdown #production #prep #boyscout

Today I recorded one of the most emotionally intense scenes of the second season with J.K. McCauley, a subtly savvy talent who instantly understood that this character was both very real and hyper real. The man had loads of dialogue — dialogue that is among some of the most hardcore I've ever written. And he soldiered on to my great gratitude. (I didn't want to exhaust him!) But his instincts allowed me to see that what I was really doing with this character is renouncing some part of me I don't live with anymore. The hell of it is that J.K. recently returned to acting after a long absence and offered the most eccentric read out of all who auditioned. He was excellent and different and I am so glad I took a chance here. However, I was a bit alarmed by the recognition and, as grueling as it was to unknowingly hold up a mirror to some dark part of me I didn't know I had to contend with, we still had a lot of laughs. Thank you! #acting #audiodrama #darkhalf #character #truth #art

Table read. Katrina and Tanja are incredible. This is going to pack a huge emotional wallop. About to start recording. #audiodrama #recording #acting

This afternoon, the marvelous Peter Coleman, a really good guy who I had the great pleasure of meeting in an improv class, returned to record new material for The Gray Area. You may recall him as the DJ in "Brand Awareness." I will not divulge how he factors into Season 2. But I will say this: when we recorded last time, I got the sense that Peter, who largely plays comedic roles, had A LOT more range as an actor and that there was a serious part of him that I hoped to gently draw out. So I wrote a scene specifically with this in mind, knowing that Peter could pull it off, in part because he is highly specific about context and line meaning. (And in fact, knowing this, I urged him during our session today to push back against my own view of the story, because I also knew that he would have some interesting interpretation ideas. Sure enough, he did!) The result was an instinctively smart and a very moving performance. I did my best to inject more empathy into Peter's performance and Peter, in turn, graciously called me out on my own motivations. These are the types of collaborations I really, really dig. Because being surprised is how we get closer to making something new and different. I'm thrilled and very honored that Peter has been a part of The Gray Area. Thank you so much, Peter, for fitting me into your busy schedule! #audiodrama #acting #motivation #character #recording #instinct #collaboration

Table read with the magnificent @katrinaclairvoyant this afternoon before our session. As you can see, we studied a very famous cinematic monologue for one vital scene in a big story. Nearly all of Katrina's lines have been recorded. And this seems inconceivable. I'm really going to miss her when these regular visits are over. She's incredibly fun and talented and we've developed a very funny shorthand on this character. Plus, she's crushing it. #audiodrama #tableread #recording #chaplin #thegreatdictator #fun #acting #character

We did it! The incredible @katrinaclairvoyant and I wrapped months of recording this afternoon, finishing up her final scenes in this incredibly epic tale in which she stars. It was, of course, quite necessary to pop open the champagne. There was great joy, a bit of sadness, and, above all, the sense that we had gone through an incredible journey together. I wrote this character with every emotion I had in my heart and Katrina always surprised me every day she came in, finding new angles on this character and always using her instincts to flesh her out further. I cannot conceive of any other actor for this role. My considerable gratitude to Katrina for knocking this out of the park and for her great commitment to this role. This was one of the most incredible and fortuitous artistic collaborations I have had the honor and the pleasure to experience. And I can't wait to see how this comes together. Thank you so much, Katrina! #audiodrama #acting #champagne #character #fun #commitment #real #drama

Alas, we didn't get a lot recorded today due to the mad hammering bangs of maintenance from across the street that I was told would go on for two hours (thus forcing a reschedule). But I was very delighted to meet the fun and thoughtful @julchapin, who will be playing a pivotal role in the epic Season 2 story! And hey the reschedule just means that I get to spend more time hanging out with Julie! So no biggie! Thank you Julie! #audiodrama #recording #acting #production #noise #flexibility #ohwell

I just finished a very quick evening session with @mikey_hizy, who squares off against @ogorman.pp in the final scene of the epic Season 2 story! I met Michael through @lit_karaoke (who ALSO said he wanted to be in this, but DIDN'T return my message when I offered him a role — what's the deal, sir? Are you all talk? 🙂 ) and I was immediately impressed with his fine speaking and singing voice. You can learn a lot about an actor by singing karaoke and improvising with him! I had one quick role that I forgot to cast, but then I thought, "Michael! Of course!" Well, Michael was great. He was the first actor to memorize the lines (totally unnecessary for audio drama!). But I steered him towards his instincts and this was very fun. Thanks again, Michael! #audiodrama #acting #audiodrama #character #barbeque #karaoke #voiceover #recording #session #audio

A very good and productive day. This afternoon, I finished recording the last two songs for Season 2. Here's a clip from me rehearsing today. A song about finding faith when the national clime suggests otherwise. #music #guitar #acousticguitar #songwriting #singing #faith #song

Home stretch on Part 7. Hoping to get this fine rough cut finished today. This episode alone is going to be the length of a feature film! #editing #audiodrama

Let's say that you have chorus/treble processing on a voice and you've already EQed it and you can't get any deeper resonance. Well, in this case, this free VST plugin — the Klanghelm DC1A3 — gave me some bright low-end I needed to flesh out the voice so it sounded richer and more dynamic. #vstplugin #vst #reaper #editing #sound #mastering #engineering #audio #vocals