I thought Hillary Clinton’s comparison about Obama and the Bobby Kennedy assassination was very foolish and disrespectful, but this Keith Olbermann response is ridiculously histrionic. Even by Olbermann standards. If one is to impugn Hillary, and there are many good reasons to, it should be for more substantive reasons than three sentences. Or is Western culture now in the habit of taking down a public figure based on a mere snippet? An individual is more complex than a few sentences. To judge a person entirely on a sentence is just as superficial as judging a person solely by gender, race, sexual orientation, etc. Perhaps a new word should be coined to reflect this bias. Speechism or something. 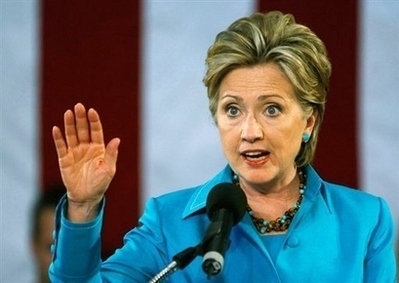 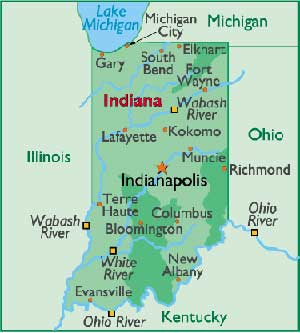 12:18 AM: Listening to WIBC-FM feed. Indiana remains close, with Hillary ahead by only two percentage points. Gary, Indiana remains the big mystery. Hillary has just announced that she will not appear at any public event tomorrow. Does a public event entail a media appearance? Will Hillary concede?

12:22 AM: Gary, Indiana Mayor Rudy Clay’s prediction: “Barack is winning precincts 297 to eight and 153 to two and all that. Gary is going to be a big plurality for Barack Obama, a big plurality.”

12:25 AM: 92% Indiana precincts now reporting, still 51-49. Clinton 588,823 to Obama 568,156. Still waiting on the big bag from Lake County. From WIBC: “The national media is seeing a county that’s just starting to release numbers.” Some playful banter from these guys on the radio, who are marveling over how they’re now the center of attention and how the outside media doesn’t understand Indiana politics. It sure as hell doesn’t involve “hanky-panky.”

12:30 AM: Some additional numbers put Clinton in front. “Gary ain’t come in yet.”

12:33 AM: A report from the Terre Haute Tribune Star, where I am now looking out for a basement. Obama volunteer Casey Chatham began volunteering about a week and a half ago. He spent $57 to FedEx his absentee ballot from Nairobi.

12:35 AM: Also in the Tribune Star: considerable phone mobilization from the Clinton camp.

12:40 AM: Hillary had given a victory speech, but then the numbers began coming in from Lake County. Then there was the mysterious cancellation of public events. 95% of the vote now in, difference now 15,000 votes. Looking for corroboration of this.

12:45 AM: It appears that the clock on my computer is a few minutes off. Pardon any chronological confusions as these reports continue. I don’t think I can go to bed until Lake County comes in.

12:50 AM: Obama needs to win the remaining precincts by 69% in order to win. But the WIBC guys insist that because these precincts are based in Gary, Indiana, this could happen. Some specific info being blogged here.

12:52 AM: NWI: “We’re updating as fast as we get the results from inside the Lake County Government building.” Keep hitting F5, folks. Keep hitting F5. And thanks to the NWI’s dutiful reporting.

12:55 AM: Associated Press: “The northwest Indiana county is the state’s second-most populous with nearly 500,000 people. It had reported no results as of 11 p.m. Eastern Time. A large number of absentee ballots and a record turnout delayed the tallies, and polls there close an hour later than much of the state because Lake is in the Central time zone.”

12:57 AM: I highly recommend the WIBC feed if you’re a political information junkie. These guys are tracking all news updates in real time and providing specific sources. (And there’s some good radio from Indiana!)

12:59 AM: Globe and Mail: “The most unfortunate aspect of the much-maligned Lake County keeping Indiana interesting past midnight is that a completely befuddled Larry King has been forced to take the air while the results are still in question…..Update: After about eight minutes of airtime, Larry King appears to have been sent home in favour of more Anderson Cooper. Although it’s entirely possible Larry is still talking, and they just haven’t told him he’s off the air.”

1:08 AM: New Jersey Star-Ledger: “The divide feeds the Clinton argument that Obama can’t win in November unless he can convince white voters and those further down the income and education scale — the so-called ‘Reagan Democrats’ — that he understands their needs. It prompted Paul Begala, a longtime Clinton supporter, to complain on a television panel show last night that Democrats ‘can’t win with eggheads and African-Americans.'”

1:10 AM: Slideshow of Indiana voters.

Clinton was dealt a major blow tonight. The only way that Clinton was able to win Indiana — and this was a slim victory at best — was through a campaign that involved saying damn near anything and using any slimy tactic in the book to win a vote. These are the actions of a political scum. Nixon is now widely regarded as one of the great American scumbags of all time. But let’s not forget. Nixon’s scummery still nabbed 68.7% of the popular vote in 1972. You could argue that it was George McGovern. But let’s not underestimate the way the casual American voter relates to scums or elects a President based on whether he’s the right guy to have a beer with. I am not certain just what dipsomaniac cachet Clinton has, but let’s not entirely rule it out.

Obama demonstrated that his base is quite strong, that he can maintain momentum based on a more ethical campaign. But was it Hillary hatred or hope that did the trick in North Carolina? It remains to be seen whether Obama’s North Carolina victory will translate into a movement against McCain in November, should he succeed in securing his presidential nomination. The theory of whether Obama has the ability to “close the deal,” however, is beginning to lose credibility. Even with all the superdelegate vagaries, it appears mathematically probable that he will be the Democratic frontrunner.

But it still remains a horror franchise with an endless stream of sequels. Hillary is Jason from Friday the 13th. She’s a candidate who doesn’t understand that she’s dead, but who continues to hack away at any innocuous ideal resembling a few kids fornicating in the forest. Despite skillful attempts at killing her off, she cannot be murdered. Perhaps she’ll succeed in massacring the remaining Democratic ideals before being confined to a space station. Or maybe we’ll all lose interest in the franchise.

The big question mark over Clinton’s head is why she canceled her public appearances today. Whether for health reasons or general fatigue, this is a catastrophic decision on her part. This is no longer a campaign in which you take a day off.

It suggests, by and large, that Clinton herself is the one here who is unable to close the deal, or come anywhere close to offering a fair one. But she’s tried every trick in the book and it’s still not working. If she doesn’t win this, and it looks increasingly likely that she won’t, there will be long memories and many pissed off people remembering what she did to split the Democrats. She could be as much of a political pariah as George Bush is likely to be, come January 2009.

Taking a cue from Hilary Clinton, Cherie Blair is set to write a memoir. In an effort to upstage Hilary’s infamous response-to-Monica in Living History and spawn sales, Blair will depict husband Tony as “a wild stallion who isn’t bad in bed, I’ll have you know. You should see the way he undulates.” Unfortunately, the memoir won’t attempt to explain why Tony Blair transforms into a lapdog whenever he visits Kennebunkport.

Something to ponder over on Monday, unless you’re an Evan Machem fan: A new study reports that schools are almost as segregated today as they were back in 1969. A new study by the Harvard Civil Rights Project reports that the percentage of blacks attending predominantly white schools has fallen to 30%.

An article from Gould’s Book of Fish author Richard Flanagan has helped to spawn a letter writing campaign to save the Tasmanian forests.

Sad news for anyone who’s ever collected twelve inches. The CD single’s to be phased out in three years. The hunt for quirky tracks and strange mixes will go the way of the dodo. Or possibly Dido.