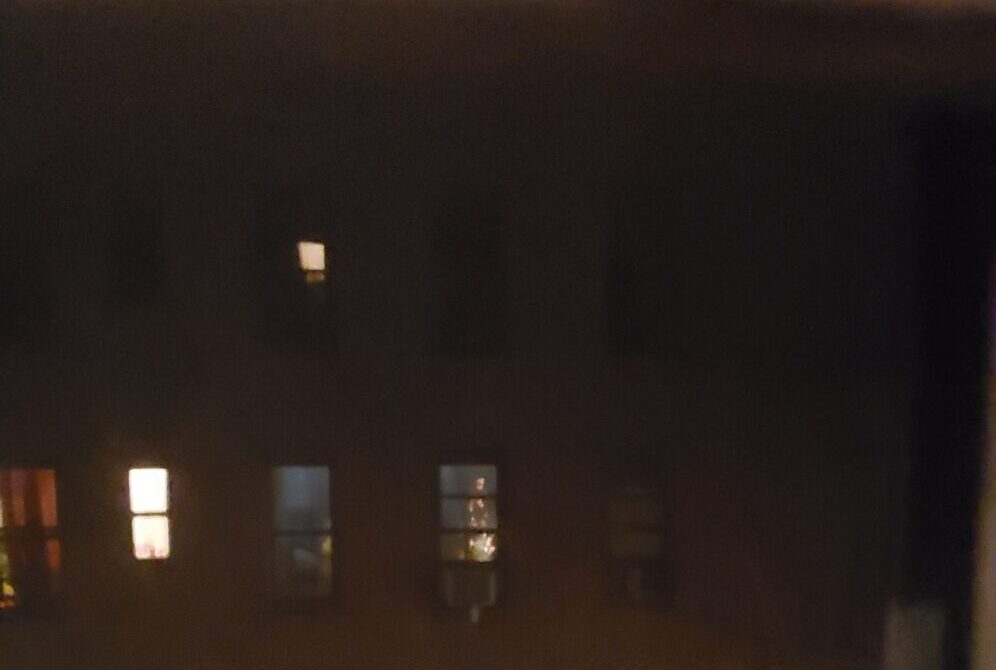 Nine months after the pandemic started, the good people in my neighborhood have turned into energy-reserving ghosts.

The sun set only a few hours ago and my hood is quiet. The building across from me is dark, with only half of the windows revealing the dependable orange glow of incandescent light. In one window, I see a Christmas tree. Nobody blasts music. Nobody even washes their cars anymore. The streets are lined with metal carcasses that don’t seem to move for alternate side parking, which is rarely enforced anymore.

Nobody in the building across from me utters a peep. I wonder if some of the residents have left, unable to pay their rent. Or maybe they lie there waiting. Waiting in the dark for the pandemic to be over. Waiting for some hope that neither the city nor the state nor the nation can give them.

There are two kids I once saw on a regular basis in one of the windows. They jumped up and down on their bed sometime around ten and engaged in pillow fights. And they did this through October. When I went into my kitchen to pour a nightcap, I would watch them, feeling some hope that joy and life had not died in Flatbush. But I haven’t seen them in the last six weeks. And I worry about them. I worry that they have been forced out of their unit or that their ability to make the most of a bad situation had reached a natural end point.

Even the guys who used to hang out for hours on the corner are gone. Last year, they stood there until December, pulling hoodies over their heads and chatting and smiling through shivers on chilly days. They likewise departed the streets sometime after Halloween. The only trace that they ever existed are a few bottles left on the sidewalk from their outdoor drinking. The only sign of their conviviality. Nobody has touched the bottles. In ordinary times, I would probably dispose of the trash. But I can’t find it within me to do so. Because those bottles are the only remaining indicator that people were there. I suspect that other neighborhood neatniks, the many here who silently pine for our old ways to return, feel the same way. The empty bottles serve as a memorial. A memorial to how the hood used to be. To how it might be again.

Over Thanksgiving, there was a lot of festive music played in my building. But nobody blasts any music now. They preserve the funereal silence of waiting and not knowing and staying quiet. Of knowing that we’re at the beginning of another crest of COVID infections and who knows how many deaths. Of understanding this is just the beginning of a dark time. A repeat of what went down here in March. The ambulance sirens are more frequent. They often wake me up at 3 AM. And I always think of the person inside ushered at high speeds to an ICU. My eyes moisten as I understand that the patient will probably die, leaving further grief for the patient’s friends and family.

The fight has gone out of people. We’ve accepted this as the new normal. We’ve accepted Trump’s indefensible inaction. We’ve accepted Governor Cuomo’s present “policy” to pledge “very strong action” while not actually doing anything. While keeping indoor dining and gyms open. Sure, there’s a vaccine on the horizon, but it won’t be here for months. We’re not even halfway through this long pain. Every other developed nation has a monthly stimulus check. We have nothing. Unemployment if we’re lucky.

So we sit in our apartments like ghosts. Because to inhabit the corporeal in any form is more exhausting these days, even when we are not in motion. And we need all the energy we can get. Because it’s going to be a long time before things return to normal again.