As observed yesterday by Dan Green, the Litblog Co-Op is shutting down. This is a pity, because the LBC was a remarkable conduit for many overlooked authors to receive dutiful attention often denied them by more traditional outlets. (To get a sense of perspective on what this means, as observed last week by The Book Publicity Blog, collectively, all of the national NPR programs interview a mere 600 authors a year. Thus, there can never be enough conduits for long-form discussions and interviews with authors. The world needs more litblogs, more literary podcasts, and more literary teleprojects, however clumsily executed.) 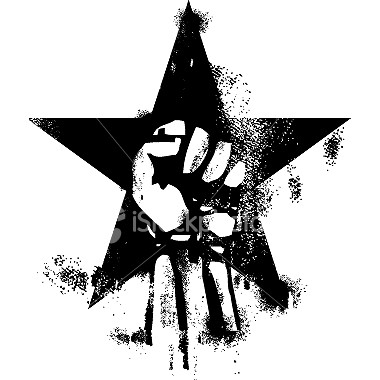 Thankfully, none of this has stopped litbloggers from committing these energies on their own sites — see, for example, Colleen Mondor‘s invaluable roundtable discussions of YA and genre authors, aptly demonstrating that there remains plenty of room for community left in litblogs. But litblogging itself, as Dan quite rightly observes, has become more decentralized, with the litbloggers themselves becoming immersed in the great demands of their own projects. (Mark Sarvas has written a novel, Dan Wickett has formed a publishing company, many litbloggers have become regular print critics, while others have become dedicated bloggers for newspapers.) While I had a long run with the LBC, I was forced to back out for similar reasons. There were too many nights mastering podcasts until 3:30 AM when I had to wake up only a few hours later. I love literature as much as anybody. But it became necessary to step away, if only to ensure my own sanity. I didn’t want to become jaded or indolent about the authors I devoted time, thought, and attention to. (And, in fact, a number of forthcoming Segundo podcasts will feature return appearances by authors featured by the LBC.)

Stepping down from the LBC saw much of this approach shifted over to this site. While I have attempted to go out of my way to involve other voices in generating content and to include authors that Sam Tanenhaus would never devote even a column inch to, I nevertheless contemplate my own culpability in “doing my own thing.” If litblogging is galvanized by community, then does doing one’s own thing run counter to this medium’s strengths?

I find myself somewhat troubled by where litblogs are now heading. I certainly don’t exonerate myself from these developments. To use a pop cultural metaphor, it is as if the Beatles have broken up, with all of us pursuing our metaphorical solo albums. The early energy of individual projects is certainly there, but let’s not forget that John Lennon followed up his classic album, Plastic Ono Band, with the decidedly spotty Mind Games. But the communal DIY punk rock ethos that was once an inseparable component from what litblogging was about has been replaced by a competitive streak of who gets the story first. (Indeed, Galleycat’s tagline is “the first word on the book publishing industry,” when being “first” doesn’t always mean that you’re going to write something sufficiently purposeful.) Litblogs have been redesigned to accommodate advertising — in some cases, with intrusive graphics embedded within posts that detract from the thoughtful content. (What next? Newspaper-style pop ups and registration?) Some bloggers have even taken money from publishers and have flown, Harry Knowles-style, around the globe. Meanwhile, other voices are ignored because of personal differences, with variegated parties not understanding that this runs counter to the great neural network that litbloggers laid down. (And why can’t there be civil disagreement as well as lively fireworks?)

So what makes this fragmentation any less different from the tendentious gatekeeping one sometimes sees in newspapers? I think it’s safe to say that the print vs. online debate is more or less moot. Litblogging is here to stay. And while I certainly can’t speak for other bloggers, I believe the early passion that drove litbloggers to create a fantastic medium has been partially replaced by an obligation to put something up on a daily basis.

If bloggers are to hold themselves up to the same standards with which they frequently (and justifiably) savage newspaper critics, then the time has come to look inward and consider the things they may be doing wrong. The time has come to be humble and inclusive towards the community. Bud Parr had this idea very much in mind with Metaxucafe. Bud dutifully (and remarkably) tracked all the known litblogs and united them under one umbrella. But what was once a centralized site with considerable discussion has regrettably become less vociferous. This may be because the spirit of interconnectedness starts from individual litblogs, however “clubby” it may be (as once described by Jennifer Howard in November 2003; in a troubling indicator of online newspaper impermanence, her article has regrettably been removed from the Washington Post site).

The bloggers who best accomplish this interconnectedness are Maud Newton and Frank Wilson. Maud is perhaps the most concise of all litbloggers, and is very good about acknowledging where she has located her links (a basic courtesy that seems to be falling out of practice and that, oddly enough, was the subject of a controversy in the early days of litblogging.) Frank often links to litblogs that I haven’t heard of, and which I frequently add to my RSS feeds.

But I don’t know if these individual efforts really go far enough. If litblogging is becoming exclusively about promoting one’s own personal connection to books, at the expense of other personal connections, the litblog, as we once knew it, is dead. The Internet, lest we forget, has a very important prefix that caused this marvelous literary community to propagate. And when projects like the LBC die, I can’t help but wonder if we’re all just as incorrigible as the print critics we once railed against.