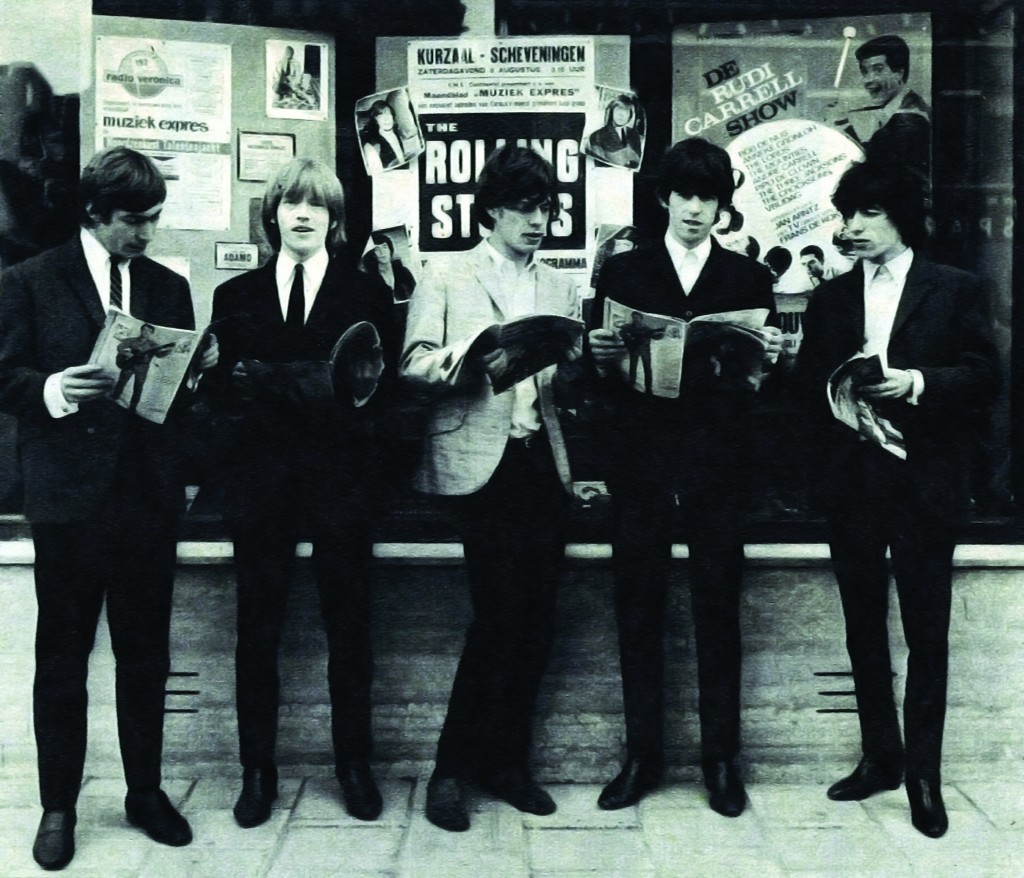 In this recently restored 1965 documentary, the Rolling Stones have established their raw sexual power, just before the more explicit dissolution has kicked in.

[This is the second in a series of dispatches relating to the 50th New York Film Festival. All of Reluctant Habits’s NYFF posts can be located here.]

They wrote new songs while holed up in motel rooms and flirted with women behind glass as they tried to eat dinner. When young girls were asked why they were drawn to the thin devilish man with the big lips, they could only reply, “I just like him.”

The Altamont Free Concert, with its rough Hells Angels security detail and the grim fate of Meredith Hunter, was only four years away, but Charlie is My Darling, which follows the Rolling Stones on a three day rush through Ireland in crisp and freshly restored black and white, proves that the raw sexual power the band held before a crowd was already well established. In one of the film’s genuinely thrilling moments, we see young people jump on stage, instantly transforming guitar cables into umbilical cords through a simple act of adolescent mischief. Drummer Charlie Watts tries to keep a steady beat as a kid leans very close to his right, eluding capture.

Charlie is My Darling might almost serve as an instructional film on how to be a screaming teenage girl in 1965, but the dark underbelly is revealed when we see girls with fractured legs carried away on stretchers.

Richard Lester’s A Hard Day’s Night poked fun at a blockbuster band’s nonstop sprint from the fans, but this doc has a grittier feel. Part of this is human attitude. The band is well aware that it is responding to a long tradition of pop songs where romantic lyrics describe idealistic moments that have no real bearing to what people are actually doing. The band shows no reticence in remarking on this. Yet the film establishes its own humor, such as the Stones offering commentary over a clip of Mick Jagger schmoozing with important people and band members sneaking up behind kids on light afternoons.

It also features the Stones becoming increasingly drunker, singing Fats Domino and Elvis Presley tunes during a long night around a piano with the alcoholic accoutrements slid across the top. In more sober off-stage moments, we see them play the Beatles’s “I’ve Just Seen a Face.” Always keep track of the competition.

“You have to be very egotistical,” says Jagger when he is asked by a reporter about what it’s like to hold a crowd in such awe. Charlie is My Darling is a vibrant ride inside the Stones’s touring world, but it’s not as brave as Robert Frank’s infamous Cocksucker Blues, with its heroin-injecting groupies and its coke-snorting tips from Keith Richards. The shaggy and vivacious and cocky Brian Jones offers an early glimpse of the more explicit dissolution to come with some revealing statements about marriage. Godard would depict him on the outs in Sympathy for the Devil. He would be dead in a swimming pool not long after that.