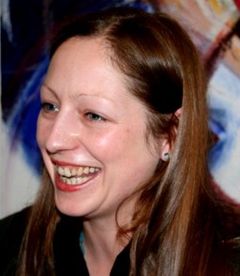 In this one hour interview, Scarlett Thomas discusses her most recent novel, Our Tragic Universe.

If a new David Mitchell novel wasn’t enough for you, The End of Mr. Y author Scarlett Thomas also has a new book coming out this year. The latest novel, Death of the Author, is set to be published in the UK on April 2010. I’ve made inquiries, and Harcourt has informed me that the novel will also be published in the States, under the title Our Tragic Universe, in September 2010.