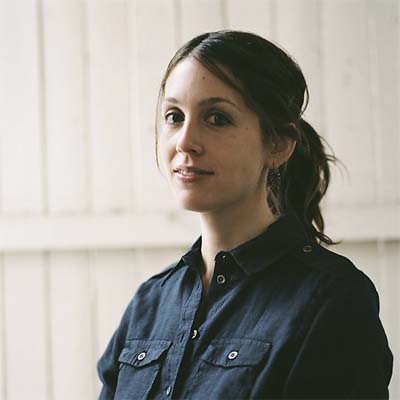 Liz Moore appeared on The Bat Segundo Show #434. She is most recently the author of Heft.

Subjects Discussed: Emotional sincerity through a twin narrative, Mary Gordon, McNally Jackson, “grotesque” characters, Flannery O’Connor, complicated relationships with food in the developed world, body image issues, the perception of physicality, researching addictions and obsessions, Harper Lee, Beverly Cleary, Holden Caulfield, masculinity as a virtue and as a pathetic quality, feminine qualities, being the strong person in a relationship, emotional sensitivity, Paul Murray’s Skippy Dies, looking at the failings of our contemporary world through children, broken families and togetherness, the necessity of breaking a character in some way, the difficulties of generating plot, mystery narratives, maintaining a stacked series of coincidences, writing insecurities, ensuring the believability of events, imposing incidents, shifting back-and-forth on the book’s ending (not revealed in this conversation: don’t worry!), parallel character qualities, red herrings, readers who impose their own notions of authenticity, Elizabeth Bowen’s The Death of the Heart, confusing sentiment with sentimentality, writing nasty and unlikable characters, the necessity of liking your characters, sincerity as a revolutionary act in 2012, Gordon Lish and style-oriented fiction, modernist writers, reading James Joyce as a teenager, “The Dead,” “Counterparts,” how different readers choose different favorite stories from Dubliners, giving Arthur a monied background, various characters who give Kel money, how money changes everything, withholding godlike interventions when writing fiction, an early version of Heft written in the third person, first person vs. third person, The Words of Every Song, playing around with third-person, the influence of music upon writing, listening to lots of jazz, dashed dialogue, artificially congealed viewpoints, working at a guitar shop, the best places to observe people, being easily distractable, peripheral hearing, writing exercises from Colum McCann, teaching, the meanness of people who stare through other people and pretend that they don’t exist, people who cry by themselves, the giddy embrace of an old friend, the relationship between observation and imagination, when your friends begin to die, when your friends get married and having kids, increasingly delayed marriage among twentysomethings, and assorted existential possibilities.

Correspondent: I was curious, first of all, about a certain quality in this novel that is channeled through these two very different perspectives. You have, of course, Arthur, who is this man who is an ex-professor. He is just under 600 pounds. You have this kid, Kel, who has an alcoholic mother and the like. What’s interesting to me is that these types of perspectives in another author’s hands might almost be grotesque or caricaturish. Yet there’s a good deal of emotional sincerity to this work. And I’m wondering what you did to get that. I mean, is it a matter of knowing the characters extremely well before you set out on this journey to describe their intertwined fates? What of this? Let’s start from there.

Moore: And she looked at me. She correct me and said, “They’re not grotesque. Not in the literary sense.” They’re not grotesque the way Flannery O’Connor’s characters are grotesque because neither one of them is mean or intentionally malevolent in a way. So I think they both have good intentions. And despite the fact that Arthur is certainly grotesque-looking, I think his internal life or his interior life is — I don’t know. There’s something pathetic about him in a way. But I like to think that his thoughts kind of save him from whatever lack of appeal he has physically. I hope his interior life is appealing in some way.

Correspondent: The thing is: I read this and I was both conscious and not conscious of Arthur’s physicality. I mean, he describes it also on a compartmentalized level. Like he’ll sometimes describe his belly or he’ll describe what he eats more so than who he is. I mean, he is what he eats. And I guess this goes back to the question of emotional sincerity and how you managed that. Whether this is the way to turn any physicality into something more. To nail that. I mean, four years is a long time to work on a book. So I’m curious.

Moore: Yeah. You’re talking about how…

Correspondent: How you put yourself on the line emotionally. Yeah.

Moore: Well, it was difficult. So, okay, I am not obese. I know this is a radio interview. But I’m not. And so I think some people have asked me, I guess, a two-part question. One is how I know what it’s like to be obese or to compulsively overeat. And the other is what right do I have to write from that perspective — in the same way that you might ask somebody why am I writing from the point of view of men. What authority do I have to do that?

Moore: You’re more in the former camp. Okay. Well, I’ll say this. I think it is impossible in the developed world not to have a somewhat messed up relationship with food. So I’ll say this. Because I’m a woman, from my point of view, every woman that I know has some sort of messed up relationship with food or I can imagine very clearly what it would be like to let go and to go to the very extreme place I can imagine food-wise and to just say, “That’s it. I’ve given up. I’m done restricting what I eat. And therefore I’m just going to eat whatever it is that I want.” And ao, in a sense, that was easy to imagine. Because I have imagined it. I mean, I don’t want to speak for every woman or every person. But I think it’s a place that I could easily imagine myself going. And so investing those thoughts into Arthur was easy. I’ve had them. In terms of his physicality, I guess that was more imaginary. But even again, we all loathe. I think he’s a self-loathing character. And we all loathe certain parts of ourselves. Even our own bodies. I mean, I have spent energy in my life loathing certain parts of myself. So that too comes, even though it’s not extreme, I’m —

Moore: I’m some place on the spectrum of both those things.

Correspondent: What is it that you loathe about yourself that you can draw from?

Correspondent: I’m just trying to get a general idea here.

Moore: Yeah. I mean, just growing up as a young woman, you fixate. You almost disconnect certain parts of your body from yourself. You disconnect. You fixate on whatever part of your body you imagine to be grotesque — to use that word again. And you just…you spend a lot of time and energy detaching yourself from it or imagining it as some thing outside of yourself. And I guess that I think Arthur does that a lot by describing his failure, his gut. The way he describes it. Or describing his chins. Or describing the way that his gut hangs down between his legs when he sits down. That’s almost something outside of himself. I mean, it is outside of him. But the way I have, or people in general sometimes think of their bodies as not being part of themselves, as being something else, interests me. And that’s what I was imagining when I was writing Arthur.

Correspondent: But for his specific feelings and thoughts on food — especially the early incident with the chocolate eggs that is late in the book — I mean, did you talk to people who are overweight? Did you observe? Or did you draw from this sense of the imagination or this transposition of your own experiential point of view?

Moore: I did not go out and intentionally binge ever in researching this character. Although that would have been a good excuse to. If I really wanted to.

Moore: Research! I didn’t do that. I know what it’s like to. From history. And I know people who are overweight. And more than that though. I know people who have had addictions. And when I think of Arthur — I mean, he doesn’t just eat too much. He has an addiction to food. And to other things too. To isolation and solitude and to being inside of his home. He’s certainly, I would say, agoraphobic on some level. And other characters in the book have addictions too. And so I was drawing from, when I say my own experience of addiction, I don’t mean my own addictions, but my personal experience with people who have had addictions. I wouldn’t call it research. Because it’s just been part of my life. And the research that I did tended to be more technical. Like I spoke to a couple of different doctors about the medical consequences of obesity and also the medical consequences of long-term alcoholism. There’s another character in the book who’s an alcoholic. And also, without giving too much of the plot away, I had to research some medical interventions. Emergency treatments and stuff like that.

Correspondent: You don’t necessarily have to have your left tail in your car go out in order to actually write about it. Or did you?

Correspondent: Punched by accident too.

Moore: I’ve never…I’ve never…well, now we’re getting into too many plot points. But I think every author that I’ve ever spoken to will say that personal experience is what invests the book with its energy. But certainly very little of this book is autobiographical.

Correspondent: Would you say, especially with Kel, that it has been drawn from reading, for example, of Harper Lee? There’s a Cleary in there. Beverly Cleary?

Correspondent: I’m wondering, I suppose, if the muse in a sense wasn’t just the transposition theory I have offered, but also a lot of reading and wanting to capture that feeling of what it is to be young so that you can have this emotional sincerity alive on the page with Kel.

Moore: Yeah. I mean, I’ve heard Kel compared to Holden Caulfield and angry young man type characters, and I’m sure that I’ve been influenced over the years by a lot of the young — I guess the most famous adolescent characters in history. I think it’s impossible to avoid. But for me, he comes out of a lot of kids I grew up with, many of whom had very serious burdens that they were carrying around. But especially the young men, who had to perform this kind of extreme bravado. Especially the athletes too. There’s something so sad and kind of pathetic, again, I guess you could use that word again, about watching kids, young kids, being externally macho or externally tough and internally just torn apart and really sad and lonely and needing help and having to still be tough.

Correspondent: Masculinity’s a pathetic quality? Not just that quality in youth — speaking as a man, we all have our little moments, I suppose. But why do you find it to be pathetic? I mean, maybe I’m not viewing it that way — in large part because I found the book to also really grapple with issues of sensitivity in these characters. So maybe this is a way to anchor what you might view as pathetic.

Moore: Yeah. I think masculinity can be a virtue in a lot of cases. But I think it’s the idea of having to perform it when you don’t feel it. Or perform an extreme version of it or something that is pathetic and that makes me sad to see. Mostly it makes me sad to see in children.