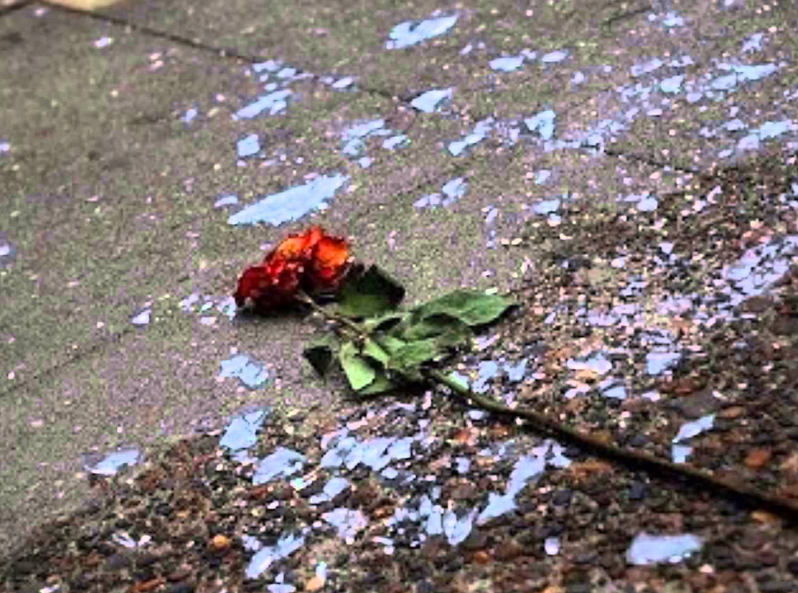 In our latest chapter, Alex recognizes the woman inside the limo and recalls what he and many others lost as America devolved into New Amagaca.

[Table of Contents]
Start at the Beginning: The Daily Seven (Chapter 1)
Previously: Every Subject’s Soul is His Own (Chapter 4)

Her name was Dottie Farrell and I had once loved her with all my heart. It was the kind of love where you made homemade chicken soup when she was sick, cooked three-course meals when she wasn’t, felt that you could share every skeleton kicking up dust in your closet, woke up every morning to ensure that the now luxurious whiff of coffee curled into every stray corner of our shared tome-lined apartment, held her in your arms when she had doubts about her career and America’s then waning legacy, negotiated detentes between pugnacious family members, and gave every bead of sweat and then some to hold onto a marvelous woman you only wanted to love deeper and grow old with.

When the Great Turnover had been more of a joke rather than a fearsome political reality, I had taken Dottie’s hand, sashayed the two of us into a cab as the racist driver yammered on about the Muslim ban (and we both gritted our then chattering progressive teeth), and escorted her up the steps near the edge of Fifth Avenue into the Met’s roomy, always reliable sanctuary. This had all gone down just six months before the new regime decided to incinerate this great museum (and all the art within it). But we could not know then that the jihad against art, which had then been little more than a deranged thought experiment from the far-right Republicans who were becoming the new normal, would actually be carried out. We could not possibly foresee that the idea of New York as the art capital of the world, with its free museum days and its eccentric tapestry trade, would so easily slip from our happy quotidian grasp. We sauntered past a bust of Alexander Pope and took the elevator to the rooftop garden, ignoring Adrián Villar Rojas’s ribald sculptures to take in the glorious green view of Central Park. It was a crisp day in early autumn, back in the days when we still had autumns and the earth hadn’t yet shifted to a stark two season year. The high winds lapped at Dottie’s blonde curls, pushing them into an intoxicating whirl, with the sun somehow brightening her eyes as if they were delicate porcelain in dire need of a fine light. Dottie and I had been together for five blissful years. There had been more ups than downs. Our friends said we were meant to be together as our hair turned gray and the crow’s feet crinkled against the corners of our lively eyes. The perfect couple that gave everybody hope as we all suffered through the hellish nonstop headlines.

We moved in together after nine months of dating, renting out a near palatial apartment in Jackson Heights. Two years later, we made the bold choice of wedding our books, somehow believing in the permanence of love as the world came closer to burning, selling off the remaining dupes to the now firebombed Strand and spending the loot on a lavish low-key dinner of pork rillettes and shimmering scallops and a bottle and a half of fine claret. A year passed and I took her to the same place again when it became more dangerous to leave the house and you needed fixers to get you from Brooklyn to Manhattan. The candles glowed and her olive cheeks deepened and the brisk beauty and sharp wit that I had known in the day and night of a more hopeful time somehow persuaded me, as all of us were then still struggling and then still polarized with disbelief, that love could indeed conquer all. I dropped to my knee and opened the case and asked her to marry me as a costly trio of violinists hired on short notice played Sara Bareilles’s “I Choose You.” Dottie said yes and we made love three times that night.

Six months later, as the court system was being dismantled and I was doing everything I could to preserve due process when the Ruler declared martial law, she had called the police to drag me out of our apartment. I escaped being cremated in the camps only because I had a few surprisingly loyal friends in high places that I knew from the weekend basketball game. People who still felt pity for a former civil liberties lawyer who was now down and out. People who somehow knew that even a cynical man like me might rise like a phoenix, if not to save the day then to at least preserve some small scrap of a world that had once prided itself on bonhomie and camaraderie.

Our phones were then being hooked up to the ratings matrix. We were being asked to turn over our driver’s licenses and burn our social security cards. It was impossible to walk through the streets of Brooklyn without smelling the burning corpses of people who had been shot by well-groomed thugs after daring to say no. The Great Turnover took us all by storm. We would no longer be able to vote, but we could make democratic choices against our neighbors. We no longer had the Fourth Estate, but we did have social networks, although anyone who dared to talk about politics quickly disappeared. As the world fell apart and the last of the resistance was marched to the camps, Dottie prioritized surviving over the enduring independent power of our love, as so many people did.

And now Dottie had somehow found me in a sector of the city that I might have recognized only four years before if the Ruler hadn’t razed the buildings and massacred entire neighborhoods. She was doing very well. She was looking very sharp. And the man in the peaked cap was malleable clay within her exacting fascist fingers. The limosuine’s door was open. I had thirty minutes to get to work. I had no other choice but to step inside the car. What other option did one have in New Amagaca?

Next: Bumper to Bumper (Chapter 6)