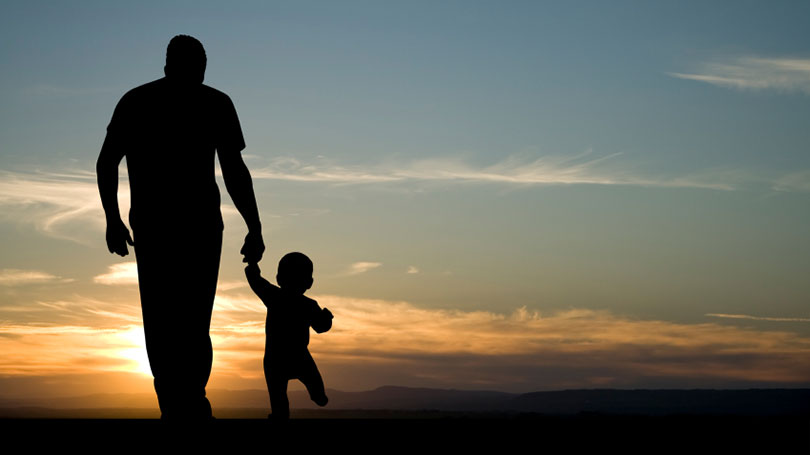 We all have fathers, even the monsters we haven’t seen in thirty years.

He was a monster who swore like a sailor, refused to wear seat belts, nearly poisoned me with a macrobiotic formula in my infancy, burned me with cigarette butts, bit me like a coward (bite marks disguised by long-sleeved shirts I wore to elementary school), and nearly asphyxiated me with a pillow. He was bad even before an auto accident in Fremont propelled him through the windshield of a VW bus, permanently scrambled his brain, and made him worse: more moody and abusive. He smoked Pall Malls. He sang and played guitar. He drank beer prodigiously. He sometimes gardened. He read books by Rod McKuen and had many other regrettable reading tastes that I thankfully didn’t mimic. He despised his job at the ZEP chemical facility. I’m pretty sure he loathed being a father. He was far lazier than I ever was, far lazier than I have ever been, and I suspect that one of the reasons I cultivated my crazy work ethic was because I remember his sloth and his entitlement, which shamed me and seemed permanently associated with the considerable physical and emotional abuse he meted towards me. I suspect his entitlement also made me angry towards anyone who felt entitled. Like him, I took up heavy drinking and heavy smoking at various times in my life. I am also quite liberal about my usage of the word “fuck” in everyday conversation, although I am decidedly cheerier about it than my dad was. His “fucks” were bitter missives hoping to decimate any and all joy around him.

I know that he’s in Oregon. Or was. The property associated with his name sold in 2016. So I have no idea where he lives now. He really liked to escape from people. He had paranoid tendencies. He had mental health issues, although, like my mother, he was never diagnosed. Perhaps a stubborn temperament was the cement that kept the unhappy marriage going so long. It’s one of the reasons why I am determined to leave the house and say hello to people every day, even though I simultaneously sustain the mystique of being the enigmatic bald creative dude in my Brooklyn neighborhood who says very few words about what he actually does. He aspired to be a writer. But, unlike me, he gave up. And I suspect this made him more bitter. I found a message thread a few years back in which he expressed how he had given up and how he made intricate toys pieced together from German kits and gave them to people. But it seemed to me that nobody returned these gestures and that he was very lonely and who the hell knows what else. Around the same time, I found a social media profile associated with his name and location in which a scantily clad woman was photographed in murky detail. Did he pay for someone? Why was this the only image? I do know that he cross-dressed. So who knows what the real sexual struggle was? Was my father angry because he could not be who he was? I do know that I get very angry when people demean and belittle me, especially when they make up stories and gaslight the narrative, although I am better these days about ignoring the haters and living a positive life.

The phone number I have for him is disconnected. I tried it about three years ago. I have not seen him in three decades. I spoke with him once on the phone when I lived in San Francisco. The call merely lasted for five minutes. I was in my early twenties. And I don’t recall saying anything of substance. I wish I had been wiser and stronger and bolder and more explicit about my need to reconcile this demon and the trauma his behavior inflicted on me. I wish I had tried to seek closure, to confront him with the pain that he caused me. But I wasn’t ready yet. I’m ready now, but I don’t have a working number.

Ten years ago, I wrote about him. My memories now are different, even though the reservoir of tearful thoughts I have to work from remains largely the same. I somehow don’t hate him. I just want to understand why he was such a monster and why he picked on a scrawny troubled kid and why he hated me. Because this screws a man up in ways that words can’t possibly convey, but that are best unpacked over a bottle of vodka with a trusted friend who will understand that I am trying my damnedest not to be selfish and that I am trying to be real and true and find new points of common empathy. I am still unmarried. I still do not have any children. I’ve reached the point in life where I wonder if it’s too late for me. For years, I’ve had this crazy idea that, if I can somehow start a family, I can erase the terrible one that I was cursed with and that caused me so much trouble in my adult years and that instilled my psyche with so many nightmares. But, of course, we all know that this is a stupid fantasy. You have to be honest about the hand you were dealt. But these are the melancholy thoughts you have a few weeks before your birthday. These are the thoughts you have when all you really have is yourself and you wonder if loving yourself can ever be enough.